It's the fifth day of the annual 12 Games of Christmas Tournament here at Game Debate. Yesterday saw two of the biggest action games of the year when DOOM Eternal and Call of Duty: Black Ops Cold War battled it out to see who would make it to the Semi-Final.

Ultimately though, a winner had to be chosen, and in the end that was DOOM Eternal bringing home 176 votes compared to COD Black Ops Cold War which only got 66 votes.

Today will see two new competitors fighting for their chance at a spot in the Semi-Finals. It's the battle of the peripherals as Half-Life: Alyx goes up against Microsoft Flight Simulator, two of the best games of the year that require some beefy PC peripherals in order to play. 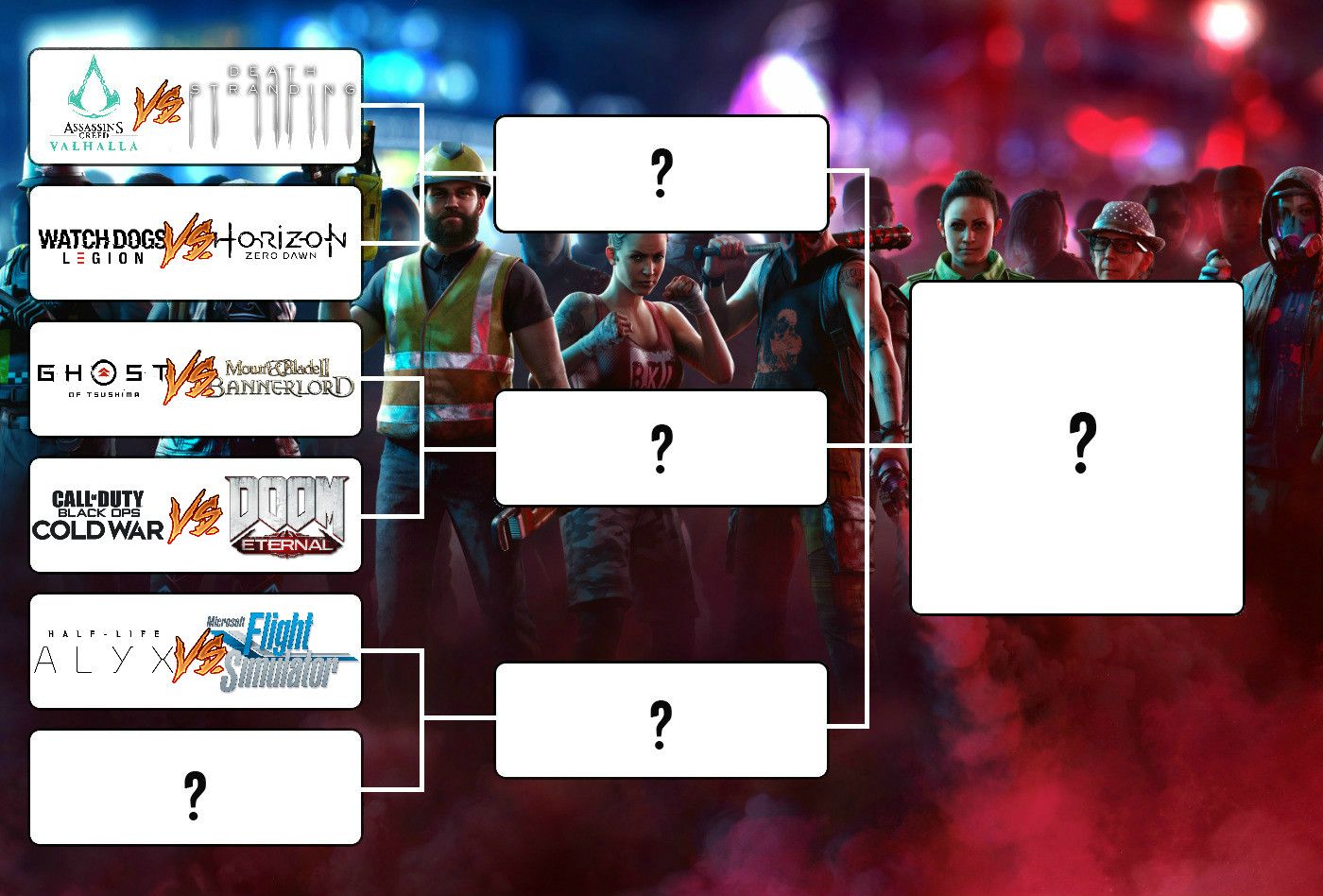 Okay, okay, maybe you don't need a peripheral to play MS Flight Sim, but it's certainly a lot more enjoyable with a flight stick and throttle on hand. Either way, we're going to do this specific battle a little differently...

Since Half-Life: Alyx absolutely requires a VR headset to play (and still not that many people actually own a VR setup), and MS Flight Sim certainly plays better with a full HOTAS setup, we're just going to pretend here that you own all the necessary equipment for the best experience possible.

So then, with everything that you need at your disposal (hypothetically) which game would you rather see under the tree on Christmas Day? Which one would get you more excited to hop into the virtual world and go exploring? MSFS gives you limitless potential for exploring, but HL Alyx provides a great, hand-crafted narrative that will surely please long-time fans of the series.

Get voting in the poll below for your favorite choice, and remember to check back again tomorrow for the results and Day Six of the 12 Games of Christmas 2020; where two more titles will battle it out to earn a place in the next round. The winner of today's competition will face the winner of tomorrow's competition in the third and last semi-final on 22nd December!

Considering that VR headsets are still overpriced and they still feel like a public beta test, I'm gonna have to go with MS Flight Sim. Alyx is an amazing game, but most people are not willing to pay over 800€ for a decent VR kit.

I played half life alyx on my samsung odyssey plus wmr which I bought two years ago for $300.... oculus quest 2 now also sells for $300. They both are more than "decent" HMDs with controllers and inside out tracking. People need to stop with this misinformation about VR price of entry.

Battle of the niches, yay. :-D Jokes aside, since I really didn't like Valves move to VR, leaving vast majority of its fans behind with thanks for making us big, now we don't need you, so we do what we want. I will go with MS Flight Simulator.

Valve likes new tech. If the next Half Life is not interesting, what's the point?

For me, it's for them to complete the story because they left episode 2 on a cliffhanger.

We could start by finishing the story they stopped on big cliffhanger. Also did they really do everything interesting that technology everyone has can offer? There is a lot they could do to make it interesting. Not all innovation has to come from hardware and gaming history is full of stuff that prove this true. They could make it interesting if they really tried. They didn't.