Up For Debate - What gaming bargains and gems have you discovered in the Holiday Sales?

Whilst every year is mostly dominated by the obscene amount of Steam games sales, this year is looking a little bit different as the likes of Epic Games Store, GOG, and even the Humble Bundle Store are all trying to grab your attention and get their own chunk of the holiday spending.

No doubt though that by this time a lot of these sales have been going on for a while, and chances are that many of you have already picked up on a great deal on one of the stores. So, with plenty of time still before any of the sales periods stop, we wanted to know what gaming bargains and gems have you discovered in the Holiday Sales?

Sometimes it’s hard to find a true gem as they’re usually buried away beneath all the featured deals and titles hogging the limelight on front pages. But every once in a while you can find a really great deal that no one is talking about, either because it’s really cheap or it’s a brand new game that’s on sale for a little less already.

So here’s a place that I thought we could all share our best finds in the holiday sales, perhaps in hopes of giving a much lesser known deal the limelight and something that we’ll all benefit from.

And it doesn’t even have to be about games, with the recent release of the RTX 30 series and RX 6000 series sometimes a great deal can be found on hardware for our PCs. Maybe you found an elusive RTX 3080 at a discounted price (I know, hard to believe, but that’s kind of the point of this article though).

So what bargains/gems have you picked up in the holiday sales? Found any great game deals? What about PC hardware? And did you blow out a huge chunk of your wallet on your wishlist of games/hardware this year? Let’s debate!

Do you normally wait for the holiday sales before buying a game?

My best holiday deal was when a friend bought my missis Legend of Zelda BotW as a gift and Amazon delivered 2 copies instead of 1, so I got one free xD

I was waiting for Valhalla to get a decent discount but the discount isn't good enough at 17% lol.

I finally got beamng after soo many years, that 40% discount wasnt that atractive but it was realative cheap so ibought it , best car simulation ever

For me waiting for sales depends on how much I want the game or how interesting I find it. Some games I just buy on release and play, if they are really interesting to me and look good. But if game doesn't really convince me, I put it on wishlist and wait for inevitable sales. It just depends on how much I want to play the game right after release.

I bought Katana Zero and A hat in Time Ultimate edition on steam for 17$.

82% off on dlc bundle for payday 2 for 12€ so grabbed that. That will provide entertainment for a couple of months

I bought the NEED FOR SPEED HEAT, for 20euros it has a discount 67%.

$1 for 3 months of xbox game pass ultimate, which comes with one month of disney+
I hate the windows store, but its pretty darn hard to beat that. I have a $14 coupon from ubisoft (minimum $21 purchase) and I probably wont bother using that because this deal is so good. 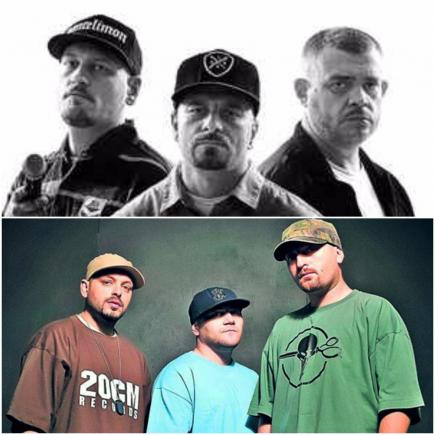 Dead Space 3 for about 6 Euro. Bought it because I wanted to play co-op with a friend.

no man sky. i tried first released version and now its feels so different.

Going to pick up Valhalla in a couple days, can't when it's on sale and another 20% off. Great deal.

I purchsed the Metro Exodus Gold edition for 20 eur and Saints row 4 for 4 eur. Nothing much interesting left to buy

Kick@$$t0rrents, you wouldn't believe the deals they have got on games ;P

Just ordered a new TV today. A Samsung Q80 that was on good sale. Gonna go well with the PS5 when I eventually manage to buy one :)

The koreans (samsung/lg) definitely have the best gaming TVs.
Hopefully Sony gets off its lazy butt and patches the PS5 to support VRR

Damn exactly the same here lol. Got my Q80 55inch version all the way back on black friday to match it with ps5. But still no ps5 available anywere around ;o

This year I only bought Control for 20 euros on Steam.I heard it is a good game,so I bought it.