12 Games Of Christmas 2020 - Ghost of Tsushima vs DOOM Eternal

We've made it to the second Semi-Final in the 12 Games of Christmas tournament, and surprisingly our Game of the Year winner Assassins Creed: Valhalla was beaten out by Horizon: Zero Dawn in a close match of 122 votes to 155 respectively. Meaning HZD will be moving onto the Grand Finale.

We honestly did not see that coming judging by this year's Global Game Awards 2020 winners, however today should provide another decent challenge as Ghost of Tsushima is going head to head against DOOM Eternal. Who will make it to the Grand Finale and up against Horizon Zero Dawn? Only you can decide...

Round 2: Semi-Final 2 - Ghost of Tsushima vs DOOM Eternal 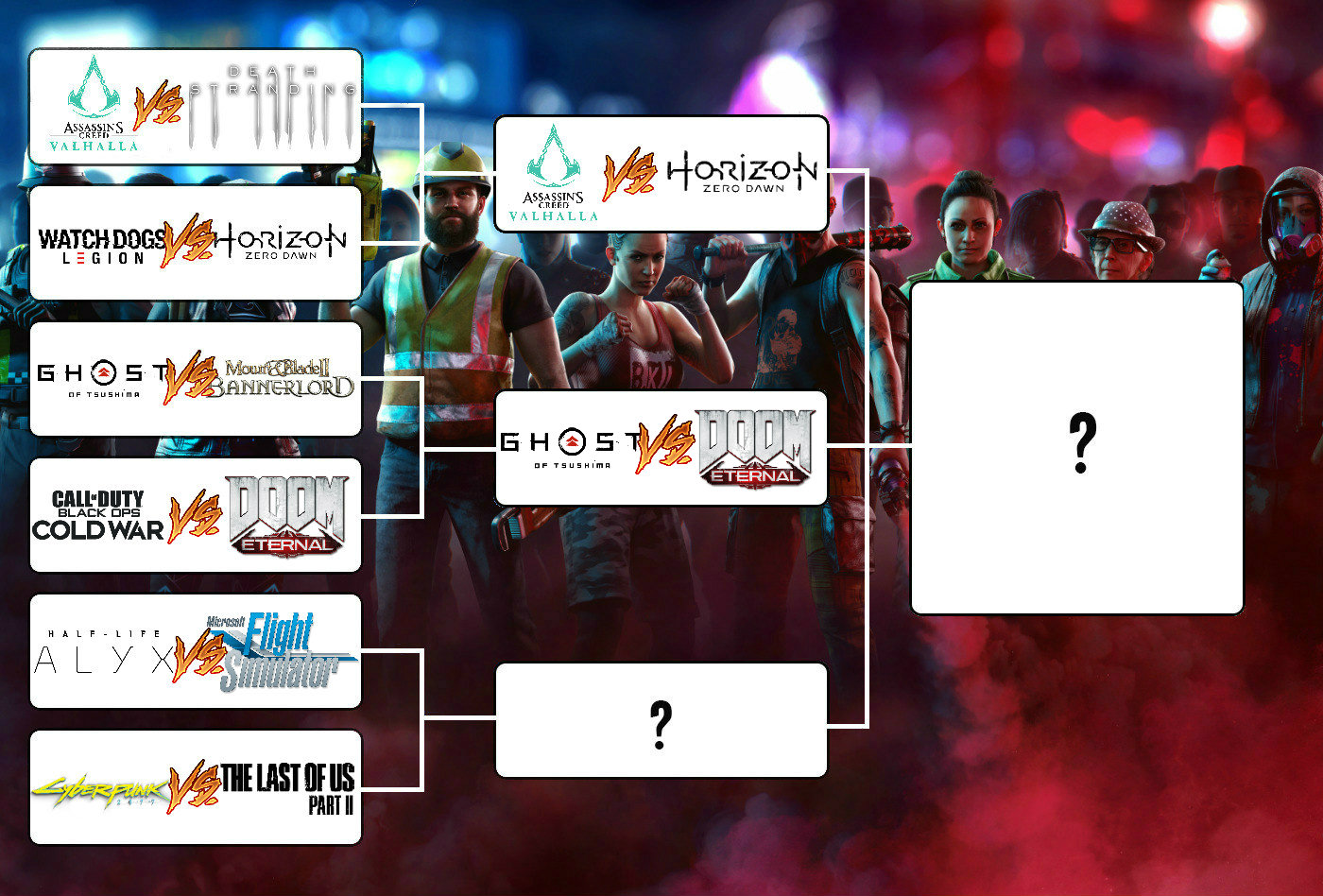 Two of the biggest action-adventure games of the year are going head to head today. Will it be the historical Ghost of Tsushima set in feudal Japan? Or will it be the futuristic shooter-fest DOOM Eternal? Both games share similar themes and mechanics, but are distinct enough on their own to set them apart easily.

Ghost of Tsushima has a wide and vibrant open world begging you to explore every nook and cranny of it. Whilst DOOM Eternal takes a more linear approach, yet still offers up the same amount of exploration that you would find in a similar open world environment.

But only 1 can move onto the Grand Finale and fight to be crowned the most wanted game under the Christmas Tree. Will it be Tsushima? Or Eternal?

Get voting in the poll below for your favorite choice, and remember to check back again tomorrow for the results and Day Nine of the 12 Games of Christmas 2020; where two more titles will battle it out to earn a place in the third and final Semi-Final. The winner of today's competition will face the winner of yesterday's and tomorrow's competition in the Grand Finale on 23rd December!

DOOM Eternal. Ghost of Tsushima is really good but a little over-hyped, just a little.

This should be the final, honestly. Best two games of the year.

Doom eternal, other is a ps4 exclusive so it is not elegible unless it is multiplatform, same gos for TLOU 2

Both great games, personally I prefer GOT over DE, simply because I just can't get into DE, I tried and more I try, less it feels like Doom I love with platforming and forcing chainsaw/glory kills thing, always keeping you one low health. Plus punching got nerfed to where it might as well be only QTE for glory kills. Dunno, just feels too off for me. But great game for those who love it.

both are amazing games, but have to vote Doom Eternal cuz its more to my playstyle