Most anticipated PC exclusives of 2021

The PC platform opens up opportunities for truly unique games thanks to the limitless potential of using a mouse and keyboard over gamepad controllers. For a while it seemed that a lot of games would be PC exclusive, though nowadays that seems to be dropping as more and more developers cater towards consoles. But there’s still a selection of games out there that still only come to the PC platform.

From games like Evil Genius 2 which let you live out your fantasies of becoming a, well, an evil genius and construct your very own spy lair, to the classic 4X game mode that can only be experienced properly through mouse and keyboard, all the way to certain indie games that focus on the PC platform. Here’s our top picks for the most anticipated PC exclusives of 2021...

Evil Genius turns the spy genre on its head by letting you become the criminal mastermind. Build your own secret lair on a mysterious island, train your minions, and conquer the forces of good as you work your way towards becoming the ultimate villain hell bent on total world domination. We’re excited because it just looks like loads of fun.

The 4X genre has largely been dominated by games like Civilization, but Humankind turns this up a notch by letting players lead their own civilization through major eras of development with a large amount of customization. All in all, this can result in a rather ridiculous amount of different civilization patterns and strategies, making it truly unique every time you play.

An evolution of the castle sim genre, Stronghold Warlords will provide players with the typical castle building gameplay they;ve come to expect, whilst also introducing a new system that lets you recruit Warlords under your command that provide certain boosts and strategic options along with unique perks. There’s a lot going on here, and we couldn’t be more excited to live out our fantasies of building and defending our very own castles when it launches next year.

Not only is it just one really cool name, but Bomb Rush Cyberfunk is bringing back one of the most unique classics from Sega: Jet Set Radio. Many fans have been asking for a proper sequel for a long time now, and so Team Reptile just decided to create their own version based on a Cyberpunk setting. We absolutely can’t wait to see where this one goes.

So that’s it for all the most anticipated PC Exclusives of 2021. Vote for your favorite one in the poll just underneath, and if it’s a game that’s not mentioned here then let us know in the discussion area below!

What's your most anticipated PC exclusive of 2021? 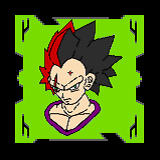 1 problem with Bomb Rush Cyberfunk, it looks like shoes only wheres the blades and tricks

Got to admit, I am interested in Humankind, so I will definitely be looking forward to see that. Also I loved Evil Genius, so I do hope sequel will be worth it. Getting nothing but that Facebook/mobile style game was real shame for franchise. Because first game was good and I think it did deserve sequel eventually.