2020 has been a rollercoaster of a ride for many reasons, and it certainly hasn’t spared the gaming industry. However, there have been some great games this year still, and luckily for us our good friend Metacritic has the list of the best games of 2020 based on aggregate scores from multiple review sites.

With controversies surround Metacritic and the general consensus over the site's way of weighting certain review scores, this isn't meant to be taken seriously here. I just thought it would be a bit of fun to see what people say, and to celebrate this last year in games.

So as another year approaches, it’s important to look back at what the year gave us in terms of video games. But what we want to know is how many of the 25 best games of 2020 have you played? Have you somehow managed all 25? Or did you only get to experience a few?

Of course, since Metacritic aggregates scores based on platforms, instead of listing out the same game 3 times we opted to keep the highest scoring version on the list. Also, any minor re-releases have been omitted, so games like Devil May Cry 5 Special Edition didn’t make the cut since the game technically launched last year, but Death Stranding remained due to a second release on PC this year.

So without further ado, let’s take a look at the top 25 games of 2020 according to Metacritic:

We could have done the whole shebang and gone for the top 100 games of the year, however that seemed like a bit much and so we thought bringing that number down to 25 will help it become a bit more manageable. Plus it’s more interesting to say you played X amount of games from the Top 25 than the Top 100.

So let us know how many games you managed to play from this list! Is it over half of them? Have you somehow managed all of them? Are there any games you’re surprised to see on this list? And are there any titles missing according to you? Let us know!

Do you normally use sites like Metacritic for game reviews?

I've played 6. My top is still Monster Hunter though. AC:NW got really boring, really quick. With the devs absolutely refusing to implement QoL changes that desperately need to be included, it put me off.
Ori is easily second. That game is phenomenal, but lacks any proper replayability (which isn't necessarily a bad thing).
FF7 remake was pretty good.
2077 is enjoyable.

And then Crusader Kings 3 is entertaining, but not something I can play for long hours at a time unfortunately.

Monster Hunter easily wins though for the amount and quality of content. The Iceborne expansion was just as sizable (if not bigger) than the main game, and added in a lot of really cool fights and mechanics. 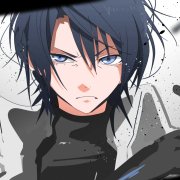 Who downvoted you for nothing?

lol TLOU2 should be out of the top 25

Yeah, but I can get why it is there. Since list is based on critic score and TLOU2 was basically designed to be "award winning game". To an extent where they were catering more to critics than to gamers. I feel they would also need to make list based on player reviews, not just critics, because expectations between two can differ significantly.

Not a bad year, I wouldn't expect games design to improve much over the next few years anyway. Did recently get Hades, its decent game but not as good as some make out. My GOTY would be Death Stranding, it dares to be different and is suitably weird enough for me. Cyberpunk was good but tech issues are not acceptable.

7
But actually 6 cause i only played hades yesterday

4 for me. Some of them I plan to whenever I get PS5, as long as they will be available as backwards compatibility titles. And I still have few planned, just didn't get there yet.

Only 4 and 20, Cyberpunk i wont include cause i only tried a tiny part then alt f4 the game, waiting till they fix it

Looking at this list... it really is a poor display of creativity in recent years. Only a couple of games that really can be considered good games:
Doom Eternal for it's gameplay.
The Last of Us, Death stranding for story
Half Life for immersion
Cyberpunk for high ideals (can't fault a company for wanting to make a huge game)
Ori the Badass wisp for visuals
Rest are just repetitious BS. Nothing I haven't seen plenty of times before.

You missed Monster Hunter off there. Like the genre or not, it is now Capcom's best selling game ever.

Monster Hunter (and Death Stranding) is the most unique game on there. Other games have tried to copy the formula to no success, where as the rest of these (again, not Death Stranding) are either a copy of a formula, or have had successful copies.

Didn't play a single one of em.

I'm in the same boat with regards to CP2077.
Plan on playing it over Geforce Now eventually...

Apart from Alyx, I'll probably never play any of the other ones. Probably Cyberpunk too, once it's a playable game.

And where is Persona 5? That has a metacritic of 95 topping this list.

I think Metacritic exclude re-releases/game of the year editions themselves, other wise it would be at the top yeah

would you say this is worth getting? i gave the base game a 6/7 out of 10 coz i felt it lacked.... something, dunno what really tho.

well I played 500+ hours (base + IB) so imo yes. But I enjoyed the base game so idk if iceborne is worth getting for you if you found the base game lacking. Iceborne adds new areas, new game modes, quite a lot of new monsters (some are variants of base game monsters), new gear and new moves for weapons. One of the reasons I liked the game is weapon variety, so maybe try the base game first but with a different weapon from what you used before.

Ori and the Will of the Wisps + Carrion