Biomutant is officially releasing on May 25th 2021

The much anticipated furry Kung-Fu action-adventure game Biomutant finally has an official release date. Although it may not have the same scope or hype surrounding it as Cyberpunk 2077 had up until launch, the game has been in development for a while and with what little has been shown of it, a lot of excitement has been brewing lately.

THQ Nordic announced recently that Biomutant will be officially releasing on May 25th 2021, which is really not that far away. It’s still a couple months off from when we thought Biomutant would release, and after being delayed from a 2019 release it wasn’t looking all too good for the new mutant furry martial arts game, but at least it’s definitely coming.

Biomutant also promises a lot with it’s world, but we really haven’t seen that much of it yet apart from a 10 minute gameplay demo showcased in the Summer of last year. Thankfully, THQ Nordic revealed that more information will be released in the coming weeks and months.

For now though, you can start pre-ordering the game from today. There’s also a couple of Special Editions which you can grab. Whatever you think about Special Editions for games there is some pretty cool stuff here at least, so I just thought we could take a look.

The first of which is the Collector’s Edition that includes the base game as well as a Biomutant hero figurine, a piece of artwork on Fabric A1 size, and the official Soundtrack in a nice premium box: 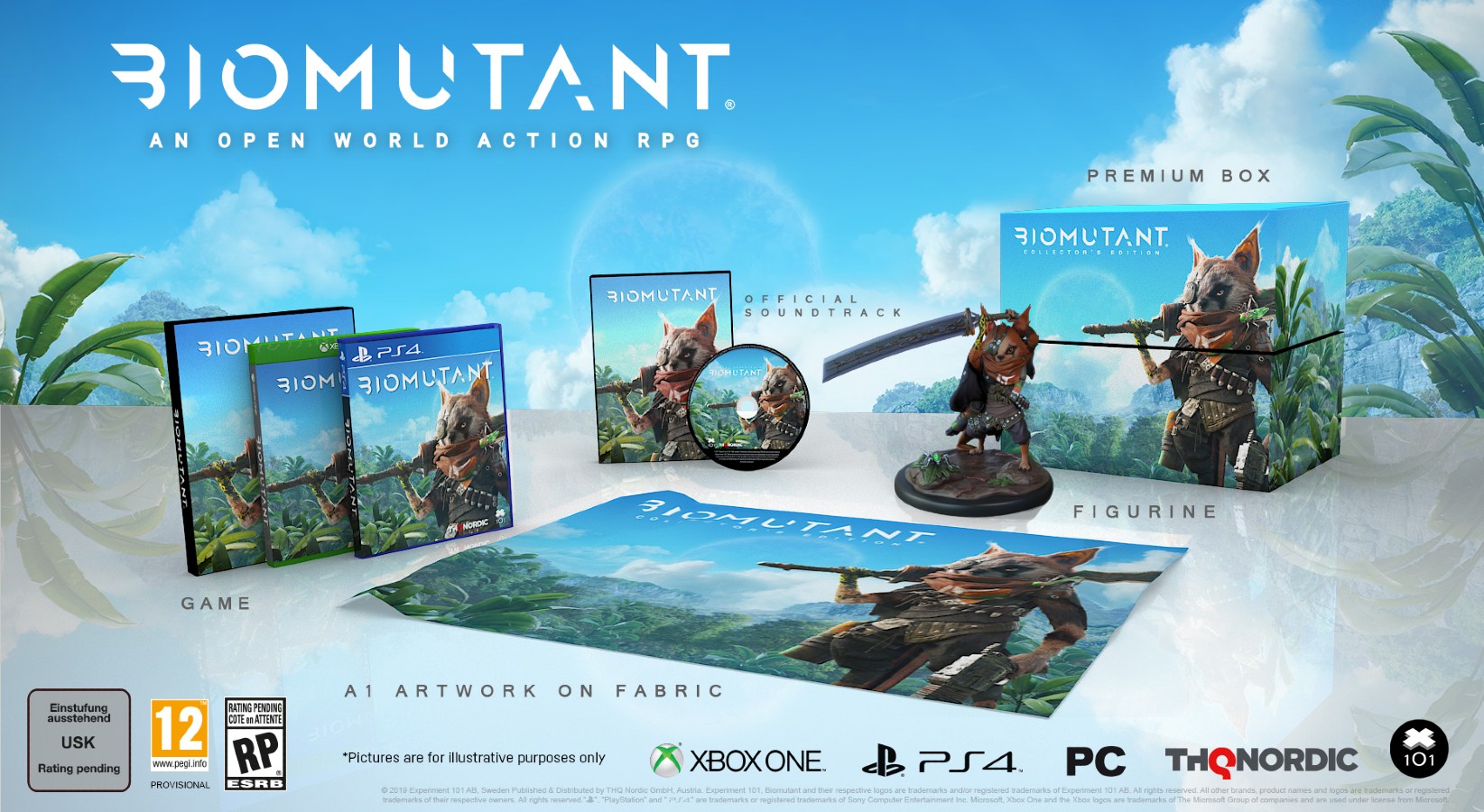 Additionally, there’s also an Atomic Edition for those who want something more. The Biomutant Atomic Edition features the base game, a high detail Diorama, a free T-shirt, an oversized mousepad, artwork on Fabric A1 size, and the official soundtrack, again in a premium box:

What do you think? Are you excited for Biomutant? Which edition will you be going for? And will you be pre-ordering the game? Or will you wait until reviews/gameplay before making a decision? Let us know!

Are you exited for Biomutant?

Will you be pre-ordering it or wait a while?

These guys aren't playing around with these special editions... And it's been in the works for so long, it's bound to be well polished. My curiosity has been piqued, now I just need Beyond Good & Evil 2.

I was hyped kinda hyped for this but that was like 2 years ago. Definitely not a day one game for me now but it's a cool concept.