However you feel about the controller debate on PC, there’s a lot of people who like to use them. The problem is they’re very expensive and a little delicate for how expensive they are. In an attempt to allow for a cheaper alternative for gamers, Sony has patented a way for gamers to use household objects like Bananas and Oranges as controllers instead.

Yes, you heard that correctly. A banana. As a controller.

It’s quite a bizarre world we live in to think that a banana would suffice as a suitable replacement for a controller. For instance, they’re delicious and could make it very hard to get through an hour long gaming session on an empty stomach. Then again, thinking about it more it could actually be a benefit: no more asking your friends to keep you safe whilst you dart into the kitchen. Just eat the banana right then and there.

Of course, these are just examples, and we’re assuming Sony isn’t totally serious about using bananas as controllers. In fact, you could just as easily use a pomegranate, a frying pan, or your nan’s head. The idea is to create a cheap alternative to something that is relatively expensive in today’s market (a PlayStation 5 controller retails for about $70 or £60).

“Whilst peripherals such as [controllers, head-mounted displays, motion controllers and steering wheels] can enrich a player’s video game experience, the technical complexity (and therefore cost) associated with such devices can often act as a barrier to entry in terms of players accessing such equipment,” the patent says.

The patent then goes on to explain that even if players use multiple controllers, oftentimes these all need to be charged regularly, which can be a bit of a pain. Instead “it would be desirable if a user could use an inexpensive, simple and non-electronic device as a video game peripheral.”

In comes the banana. 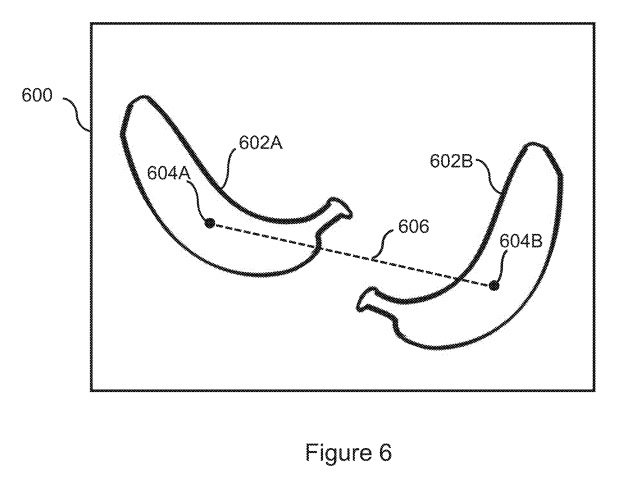 Or really any other object a player desires. The technology itself uses a camera to identify and track the object a player is using. So really you could use anything for anything: a banana for a controller, or a plate for a steering wheel etc. There’s even mention of using multiple peripherals like dual-wielding bananas. Again, the person who wrote this patent must have really liked bananas.

Unfortunately, it’s not exactly a definite reality. As much as we may want to be flinging around fruit in our living rooms as an attempt to make games more immersive, not all patents become a reality. Though it would be cool, it seems a little impractical for now, and unlikely Sony will continue to develop it. Then again, weirder things have been made in this world, so we’ll just have to wait and see.

What do you think? Is the general idea of the patent a good idea? Would you use a fruit as a controller? What other household objects would be great as a PC peripheral? Let us know!

Do you use a controller on PC?

Are controllers too expensive for what they are?

Would you use a banana as a controller as a cheap alternative?

Is the general idea of the patent a good idea?

This has to be a complete joke.

Being Sony would we still get Drifting issues etc

And then suddenly the banana stops working because it ran out of juice...

have i time travelled?
i swear April 1st is next month

Sounds like some gofundme.com idea, get the money and deliver jack sh**

I they want to get a lot of complaints then yeah, go for bananas...wtf is this. The expensive ones from Sonys PS5 are already wearing off ast enough, what good will cheaper material will do?

The idea is that you buy a banana, use it for a session, then you can eat it. Or you know, use anything else. I don't see how this could work tho.

Can u make a wheel out of bananans? Finally i will be able to play with my bananaaaaa

For a serious thought...

Someone who can't even afford a cheap controller (and I'm talking those CHEAP ones, not 1st party expensive ones) is gonna buy a camera good-enough for tracking such things + any software required to do the processing and input, then deal with input lag from all of that on what I can only assume will be a slow machine to begin with (harking back to the inability to buy a knock-off controller)? This patent is a joke that doesn't even consider the market it's potentially aiming for...

As for gamers with a bit of extra money - we already have multiple controllers at our disposal in most cases (I currently have access to: 2x PS4, 1x Shield TV, 1x Switch Pro, 2x XBOX360, 1x SN30 Pro+, 1x Moga Pro and if I still needed some other method - I can turn my PSP or a PS Vita into a controller for PC).
Why would I want the hassle of playing in front of some camera with a banana or another suggestively-shaped item (lol) when I can just use a controller? This would probably be worse than those laser-projected keyboards in terms of tracking...

I wonder how do you play games using a banana?

It's all there in the article. Read it :)

You still need to buy the camera so... lol

April 1st is still a month away, lads xD

That may be true but the patent is very much real.

"May" be true? My calendar says it is true :D

Speaking of the patent - someone who can't afford a cheap controller (and I'm talking those CHEAP ones, not 1st party expensive ones) is gonna buy a camera good-enough for tracking such things + any software required to do the processing and input, then deal with input lag from all of that on what I can only assume will be a slow machine to begin with (harking back to the inability to buy a knock-off controller)? This patent is a joke that doesn't consider the market it's aiming for. Hence the April 1st.

Try out a Makey Makey.