The great GPU crisis that is currently sweeping across the globe has made it difficult for every PC gamer to get a hand on the new and shiny graphics cards. A couple days ago, AMD officially revealed their RX 6700 XT graphics card, and in a recent interview stated they would have a lot more of them to sell at launch.

“With the AMD Radeon RX 6700 XT launch, we are on track to have significantly more GPUs available for sale at launch,” said AMD. “We know it’s crazy out there, we’re doing everything we can.”

The company also revealed that they will start refreshing stock for their RX 6000 graphics cards and Ryzen 5000 CPUs every week on their own webstore, where they will also be selling their products at the official MSRP rather than at inflated prices like some AIBs.

Hopefully that means higher chances of gamers actually getting their hands on a $479 RX 6700 XT, rather than one that has been inflated by 50% of its original price. If that is really the case then hopefully AMD will be able to regain some of their market share that they recently lost due to the ongoing GPU stock issues.

Then again, this all sounds pretty familiar. AMD already said that they wouldn’t have a paper launch for the RX 6000 graphics cards, yet on launch day the availability of AMD’s GPUs seemed to be even worse than Nvidia’s. So maybe AMD is being a little too optimistic here, but to be honest, in this climate I think we need a bit of optimism to get us through, so I’ll be keeping my fingers crossed.

Additionally however, AMD said that they do not plan on limiting crypto mining performance like Nvidia has done with the RTX 3060 recently: “we have no plans to limit the product in that way,” they said.

Granted, AMD’s graphics cards haven’t been the most popular when it comes to crypto mining, but that does open potential for crypto miners to switch to AMD cards if they can find them. That will be a good thing for Nvidia gamers as it might relieve pressure on the RTX 30 series stock, but it also sounds like AMD wants crypto miners to buy their GPUs, and talk like that didn’t go so well for Zotac the other day.

What do you think? Are you excited for the RX 6700 XT? Do you think there will be significantly more stock? Or will everything sell out in seconds again? And how do you feel about AMD not limiting crypto mining performance? Will that affect GPU sales? Let us know your thoughts!

Do you think there will be more RX 6700 XT GPUs available?

Should AMD limit crypto mining performance on their RX 6000 GPUs?

It should still hold it's own for 1080p gaming.

I used to be die hard for AMD. But now I'm just going to go with whatever GPU is available for me to purchase lol.

I don't understand people wanting a limit on the mining perf. First off, when you upgrade, you can't even consider using the GPU for some sort of mining. When all the miners get rid of their cards you won't have the cards for cheap later.

Not to mention that it only hurts the stocks for the consumer cards.

It gives the illusion of actually caring for games/buyers...

While nice to hear, I will believe it when I see it. Like will it actually make a difference or will it be just a tiny drop more in sea of demand. Not sure how much more can AMD get out of that 7nm line and fabs don't exactly grow as fast as grass. But I guess more stock can't hurt. As for limiting mining performance, I am with AMD on this one, I already heard that nVidias limit was bypassed.

Which is not surprising since big miners are literally writing their own VBIOSes and are buying dies and GDDR6 directly from nVidia, to make cards with their own AIBs. So it at best is cat and mouse game. So yeah, either they would need to do it on hardware level or it is jsut going to get cracked as all other forms of DRM. Or bypassed, why hit your head at the wall, if there is easier way.

Plus it is not like nVidia is doing limiting for gamers, that is just an excuse, what they want to prevent is flood of used cards and pile of stock they make, which won't sell due to cheap used cards. Something that happened to AMD previous time, which is why RDNA2 is gaming architecture and not as good for mining as Ampere, which is compute heavy, because nVidia wanted to cash in next time.

Heard about the custom VBIOS for the first time from MLID. Didn't know they'd go to that extent. But considering the $ involved can't say I'm surprised

best way to game now is a Xbox Series S. It can run many old emulators + Xbox game pass is there. KB+M.. VRR all of that for 350$
here it costs an extra 120$ due to import fees but it's the best choice for games only.

That's a bit of a stretch, don't you think?

Also your posts have gotten a lot darker. You want to talk about it?

But sometimes i do feel like retiring from life

I've been feeling like that for 15 years. Welcome to the club. We got snacks.

@ItsTheGamerEdit123 In the end you're responsible to make your life interesting and worth living. I admit that it sounds harsh, but it has proven to be true (for me and a lot of other ppl),

from PC building* as thinks are going. I'm planning to upg in the next 1-3 years, but if it still doesn't have GPU's by then, then i dont know what to do. And people who are joking with life clearly havent lost anyone close person to them. Also as far as i see AMD are beating by a lot intel and for now my choice is amd for CPU, but we will see in the upcoming years how it'll be.

2021 isn't a great year to build a PC that's 4 sure. But the constraints aren't limited to gaming hardware. Car manufacturers can't buy the chips that they need for their infotainment systems, not to mention other sectors that are impacted with the chip shortage.

Look.... if you have the self-discipline to wait till 2022 or 2023, you'll be in a great position to buy brand new hardware or used hardware at a great price.

Don't let the current situation drag you down.

I'm fine and im joking. But considering the situation if something breaks from GPU a change is hearth (hard) 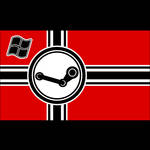 So what? Let everyone use their graphics for what they want

I don't mind ppl doing what they want with their GPUs.

My "Hope you're wrong" response was in regard to PhenomFaz "AMD will have exactly zero RX 6700XT available for gamers and all of them available for miners."

Sure let them use it for what they want as long as it does not lead to practices of hoarding and hence black-marketing which are technically illegal by the way and I still don't get it how this stuff is going on for so long without any legislation to counteract it.

Also miners can buy ASIC units for ining which are way more efficient at mining and cost way less and most importantly won't cause a shortage for gamers due to uneducated miners doing what they do.

What if it's true?

I find that a bit hard to believe that AMD will have 0 GPUs for gamers. There was some talk about AMD selling GPUs on their own website with safeguards in place to prevent scalping. The GPUs (sold from their site) would be at MSRP and not inflated by 50%.

Let's give it a few days and see how the situation develops.