Gotham Knights has been delayed to 2022

The upcoming co-op/solo brawler Gotham Knights has been officially delayed until 2022. No reason was given exactly why the game has been delayed, but the ongoing COVID-19 pandemic is most likely a significant factor given how many other games have been delayed due to the global pandemic.

“Gotham Knights will now launch worldwide in 2022,” said the official Gotham Knights Twitter account. “We are giving the game more time to deliver the best possible experience for players. Thank you to our amazing fans for your tremendous support of Gotham Knights. We look forward to showcasing more of the game in the coming months.” 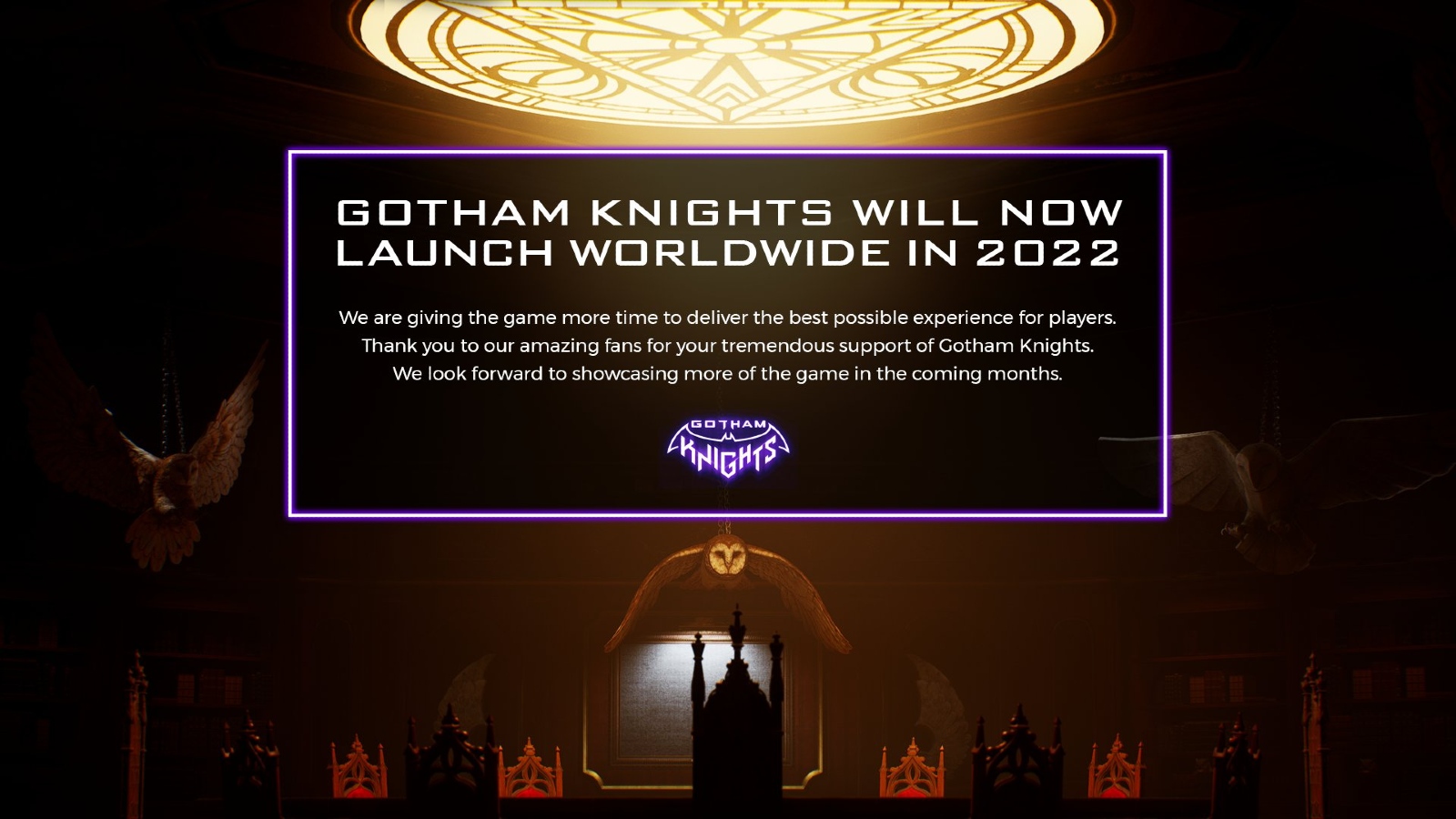 Nothing else was shared by Warner Bros, including a timeframe of when in 2022 the game will launch. It is possible then, that without a timeframe for the original 2021 launch date, the developers may have underestimated when the game would be ready, and so have decided to push back to the following year.

Gotham Knights may pick up where Batman: Arkham Knight left off, but it is not a canonical sequel. Rocksteady, the developers of the original Arkham series trilogy, are following on the official sequel with Suicide Squad: Kill the Justice League. That game is also expected to launch in 2022.

What do you think? Are you excited for Gotham Knights? Why would it have been delayed? And when do you think we can expect it in 2022? Let us know!

Are you excited for Gotham Knights?