When Nvidia launched the RTX 3060 last month, they debuted a crypto mining limiter that would detect any mining software and reduce the hash rate by 50%. That all sounded good for those who have been unable to buy new GPUs because of miners, until more and more limitations came up, and now it seems as if the crypto mining limiter can easily be bypassed with a simple dummy HDMI connector.

Even though Nvidia said their mining limiter was unhackable, users still managed to find a way to bypass it until Nvuidia themselves accidentally released an official driver meant for developers that seemed to not include the mining limiter. Once that was found out, the driver spread like wildfire online even after Nvidia took removed the driver from their own site.

The problem was that the driver actually didn’t work for multi-GPU setups. If you plugged in one graphics card to your system and used the driver, then you would be fine. But as soon as you connected more than 1 GPU then the hash rate limiter would kick in and reduce the speed of the mining operations.

As it turns out, that is easily bypassed once again. A tester used an RTX 2080 Ti as the primary display adapter and an RTX 3060 as a secondary GPU. Soon after, the crypto mining limiter started and reduced the hash rate of the RTX 3060 down to 22 MH/s, which is much lower than what the card can usually deliver (around 50 MH/s). The 2080 Ti remains unaffected. 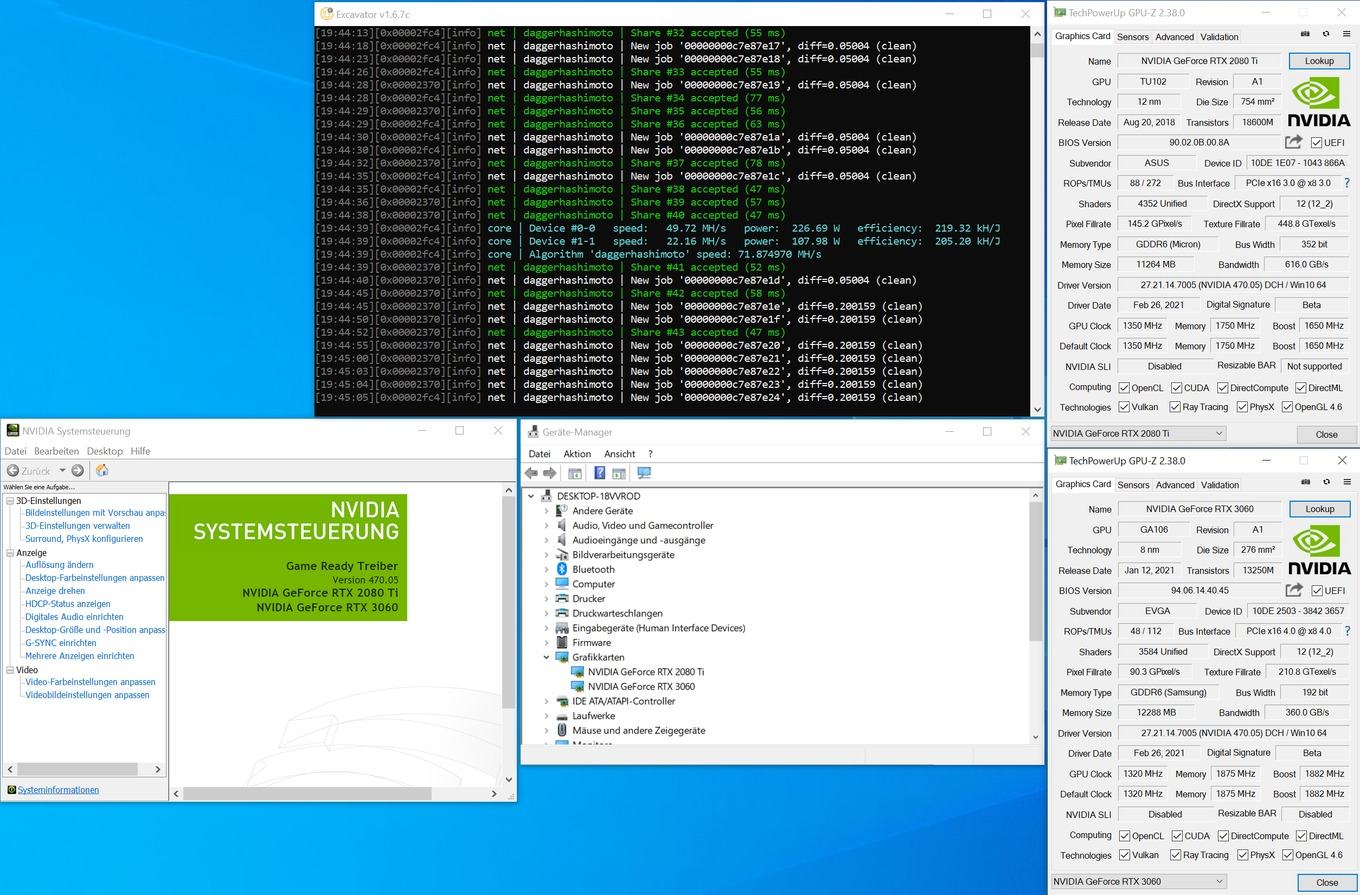 That is essentially an HDMI connector without a cable, sometimes referred to as an HDMI dongle. It doesn't actually do anything, but it tricks the system into believing the graphics cards are connected via HDMI. This, in turn, bypasses the crypto mining limiter on the RTX 3060. 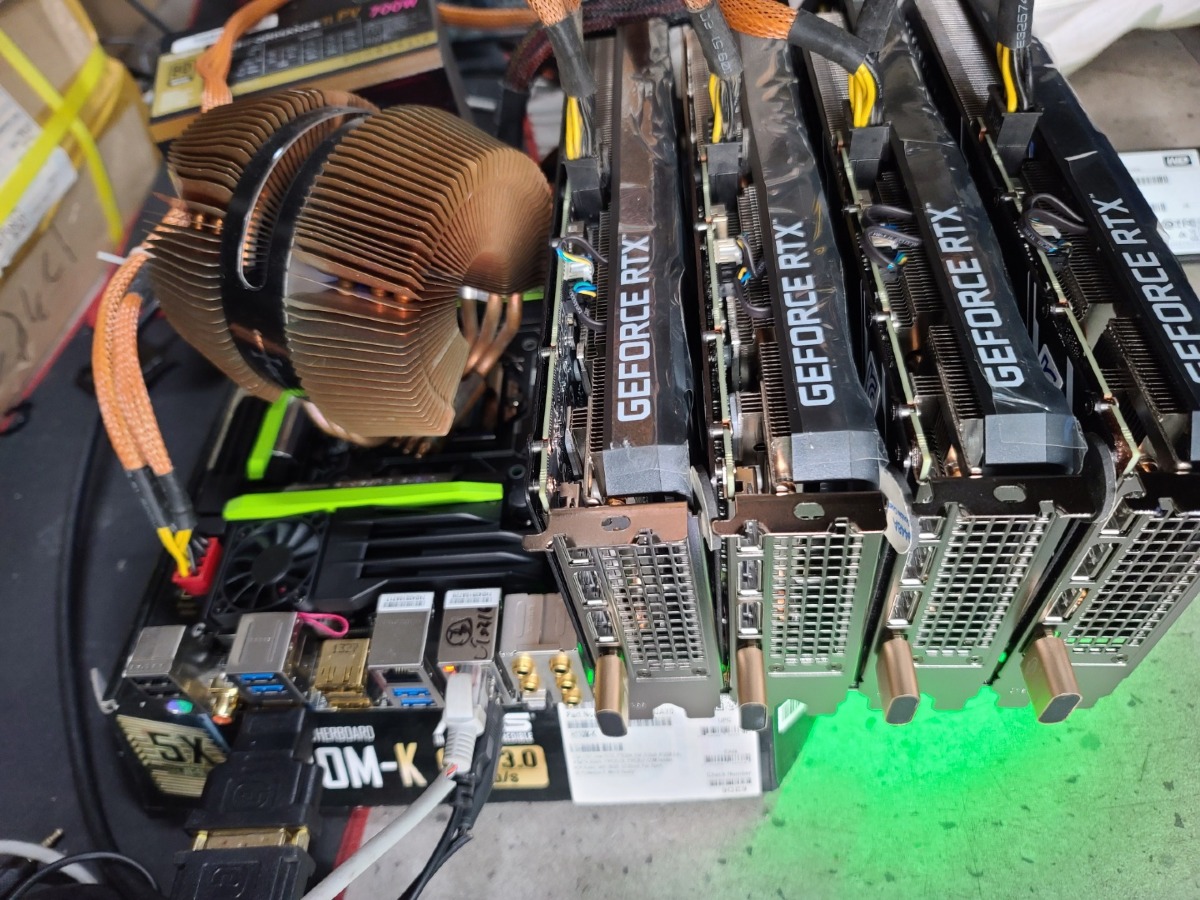 Given how cheap it is to buy the HDMI dummy connectors, we’re likely to see them raise in price ever so slightly and marketed towards crypto miners as they inevitably soon find out about the workaround.

The good news is that this still requires the driver that Nvidia accidentally leaked, which means future graphics cards with the mining limiter installed like the rumored RTX 3080 Ti and RTX 3070 Ti (which are reportedly launching as soon as next month) won’t work with the driver, and therefore won’t be able to be bypassed on day 1.

What do you think? Will crypto miners bypass the mining limiter on future GPUs just as fast? Or maybe even faster? Do you think this will make the stock situation worse, or not change at all? Let us know your thoughts!

Do you think miners will bypass limiters on future GPUs faster or slower?

Do you think this will make the stock situation for future GPUs worse or the same?

lets get a support group together! we will call it "ive been searching for a GPU, for almost a year". Who is with me? ill bring cookies

Half a year at best, unless you were somehow having difficulty getting a new card well before the 30 series dropped in late September 2020.

OK, so now there will be HDMI cables out of stock too... Nice move NVIDIA! :)

Yeah, I hate to say it, but it is about time people wake up, it won't take years and people will only get better at getting around those limitations. Unlike some people who were apparently "born yesterday" tried to convince me... it will take years... :-D Been around for long enough to know better and see it happen for much lesser gains. As for stock, it can't change if there is no stock... :-D