It’s the sort of thing that’s not for us mere mortals but Samsung has announced the world’s first 512GB DDR5 memory module, doubling the previous highs of 256GB. A half terabyte of DDR5 memory on a single stick of RAM. Gulp.

Samsung’s industry-leading 512GB DDR5 utilises a technology known as High-K Metal Gate (HKMG) to reduce leakage and ensure top performance despite the obscene size. Running at up to 7200 Mb/s this thing is no slouch, all while consuming 13% less power. As you’d expect, this makes it an ideal contender for datacenter usage where energy efficiency is a key concern.

In total, we’re looking at 40 DRAM chips on each stick of RAM, each containing eight layers of 16Gb DRAM modules stacked up using Through-Silicon-Via (TSVs).

“Samsung is the only semiconductor company with logic and memory capabilities and the expertise to incorporate HKMG cutting-edge logic technology into memory product development,” said Young-Soo Sohn, Vice President of the DRAM Memory Planning/Enabling Group at Samsung Electronics. 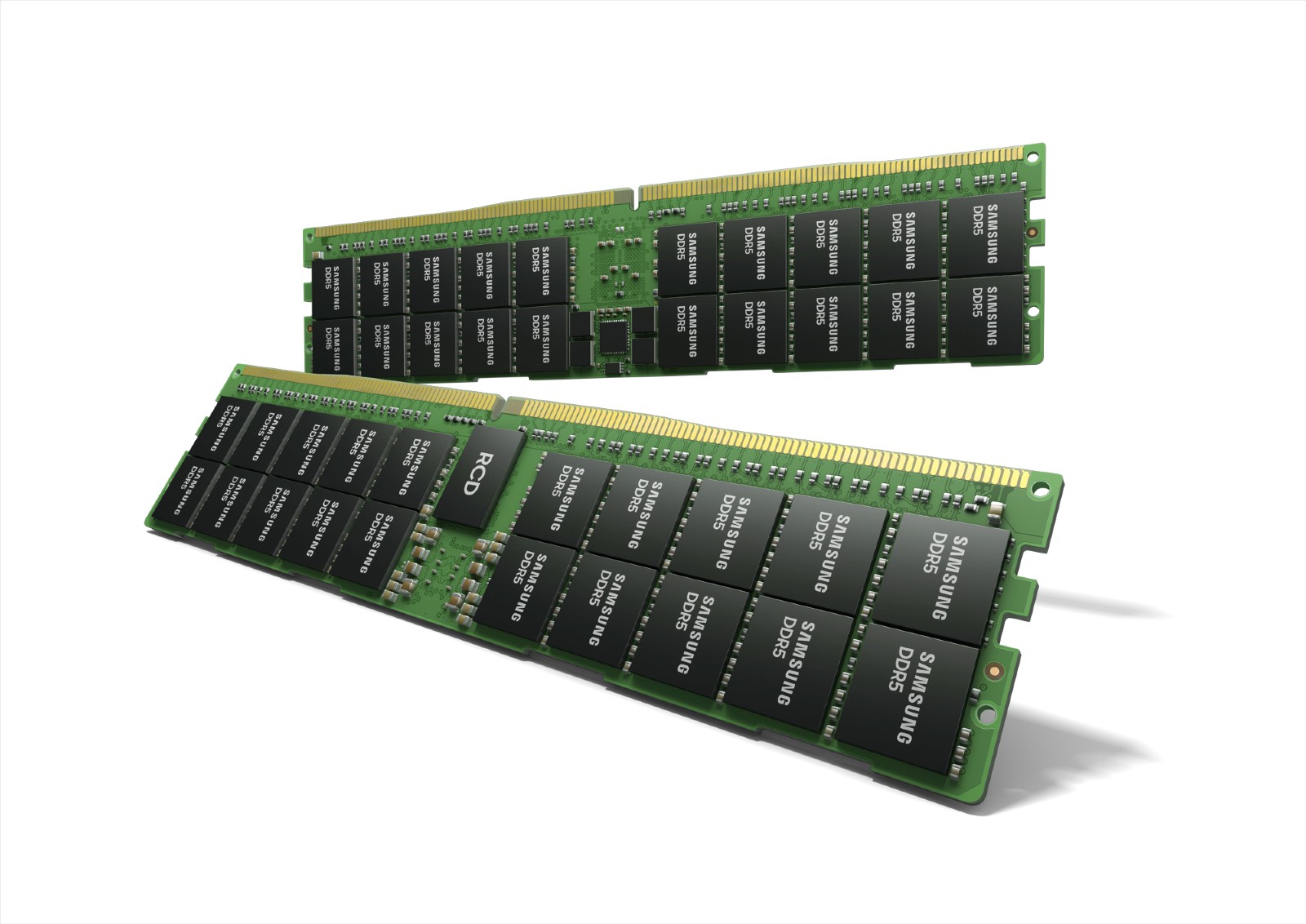 “By bringing this type of process innovation to DRAM manufacturing, we are able to offer our customers high-performance, yet energy-efficient memory solutions to power the computers needed for medical research, financial markets, autonomous driving, smart cities and beyond.”

There’s no word yet on pricing for these bad boys but expect memory capacity of this sort to be absolutely off the charts. Different variations are currently being sample by Samsung and we can expect a release, of sorts, later this year.

I wonder how many Google Chrome Tabs can this thing run.

LTT actually made a video about that topic a few months ago.

The latency for these early DDR5 RAM would be really high. So it'll first go to enterprise and servers.

They already do clock high

Can't wait in ten years for articles like "Is 1TB Ram enough? Should you upgrade?"

Unlikely to happen, unless RAM drive becomes the norm.

Oh it will happened. Especially for those who uses 3 Monitors.

I remember the times back where a friend of the family had a star trek game (or at least i think i remember that right, but could be another game) which required 1gb of memory. Also before that i didnt think it would happen, but it did, so eventually we gonna hit the 1gb memory mark, thats as sure as you can tell the grass is green and the sky is blue :)

Who needs storage when you have 512GB RAM sticks.
RAM drive anyone?

Don't doubt that for a second.

A few years back I thought I'd put my browsers in RAM, but I never got around to it.
Damn my procrastination...

When DDR5 becomes mainstream , i will upgrade my Cpu, Motherboard and RAM.

My plan as well, but if a 5Ghz Processor does arrive i will have a really hard time not running and buying it cause damn thats been coming for a really long time, its almost mythical now. that being said any idea when DDR5 gets available?

I mean are they testing it out our only prototyping it

The modules are so record-breaking that they even break through the formatting
Rusty?