The long-awaited epic Lego saga that spans the entire Skywalker 9-movie series, has now been officially delayed as developers TT Games revealed they need more time to work on the title. The original release window was Spring 2021, and a new release window has not yet been revealed.

In a statement on Twitter, TT Games explained that they have indefinitely delayed Lego Star Wars: The Skywalker Saga in order to make it the “biggest and best-ever Lego game”. Whilst no new release window has been revealed, they will hopefully announce another one soon. 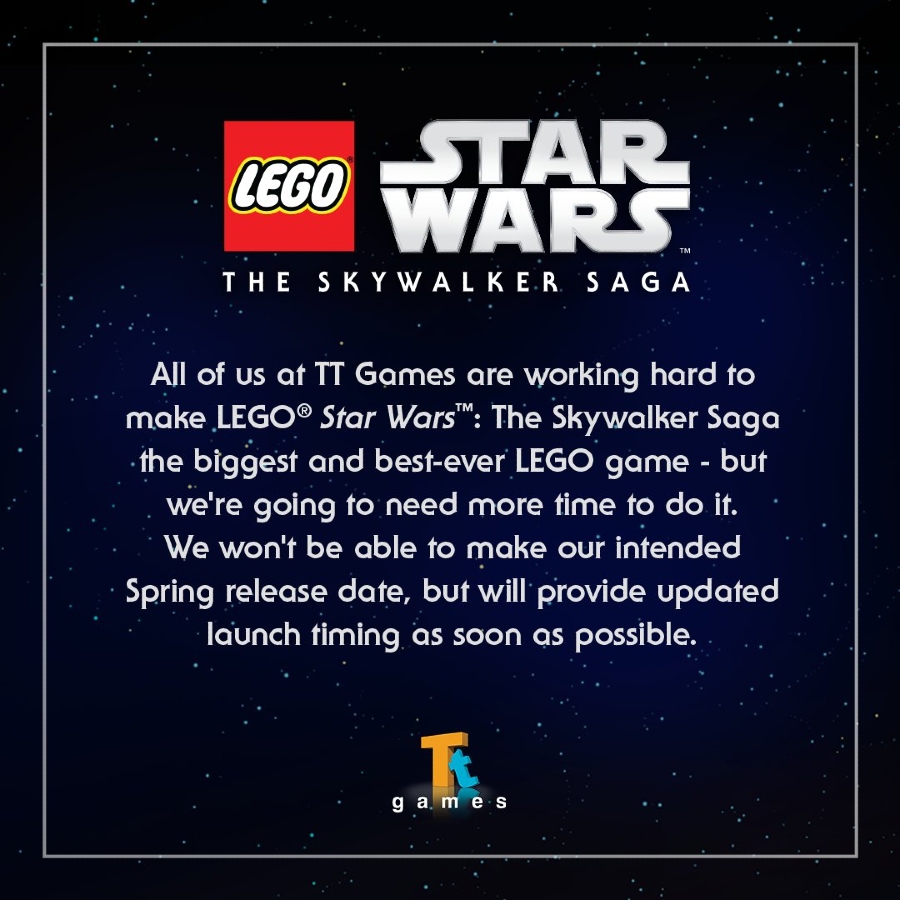 “All of us at TT Games are working hard to make Lego Star Wars: The Skywalker Saga the biggest and best-ever Lego game,” said the developers. “But we're going to need more time to do it. We won't be able to make our intended Spring release date, but will provide updated launch timing as soon as possible.”

The latest Lego game is looking to change things up in the Lego formula, with more modernized gameplay elements from other Lego games (including brand new voice actors to voice some of the characters and retell the plot of the movies). But if you were looking forward to it this month then fear not, as here are the biggest games coming out in April 2021.

What do you think? Are you excited for Lego Star Wars: The Skywalker Saga? Have you played any of the other Lego Star Wars games? And what’s your favorite Lego game so far? Let us know!

Are you excited for Lego Star Wars The Skywalker Saga?

Which Star Wars trilogy will you play first?