Up For Debate - What was your first ever graphics card?

We’re feeling a bit nostalgic here at Game Debate for some reason, and so we’ve decided to reminisce on the good ole days considering that no one is actually able to buy a brand new graphics card at the moment at a decent price, since prices have risen once again due to the global chip shortage currently going on.

So that got us thinking: what was your first ever graphics card? Was it a beast at the time? Or on the lower end of the spectrum as you tested your foot in the water? Was it a GPU already in your family’s machine? What was it? And what was the first one you bought yourself?

I think it’s fun to look back at these things, especially now as we live in an era where 24GB of video memory is a normal thing. Back in the old days just 1GB of VRAM was considered a lot, so it’s really interesting to see how far we’ve come (and fun to think about the future of video games and graphics hardware, which will undoubtedly reveal a GPU with 1TB of VRAM. As crazy as it sounds, it will eventually happen).

I only put the comparison there to show how far we have actually come since my first ever graphics card. I don’t actually own an RTX 3080 and at this point I’m pretty sure no one does. But either way, those are the specs and it’s insane to think that’s where we are now 8 years on.

So what about you? What was your first ever graphics card? Do you remember the specs of it? How much VRAM did it have? And was it your own first GPU, or was it someone else’s before you got your own? Did you build your first PC? Get it pre-built? Or inherited it from someone else? Let us know!

How much VRAM was your first GPU?

When did you buy your first graphics card?

Did you build your first PC? Or got it pre-built or inherited?

“You can say that about anything though, computer parts will just stop working and that's the end of...” - Codemonkeys101

“let's contribute to the western European countries NOT having electricity this winter. XD” - rattlehead999

It's been a while since I heard that brand name.
Is it still kicking around?

Otherwise they wouldn't be able to make GPUs due to licensing, just like intel couldn't.

I'm aware.
It's just been a while since I heard anybody mention ATI, that's all.

P.S.
The question was regarding the GPU, not the brand. My previous post didn't accurately convey my question (dangers of typing at night )

my first GPU was Intel GMA 950 in laptop.

After the GTX 570 sli, then they were replaced with an Sapphire RX580 8GB nitro +, so i could play Battlefield 1, that was bought in April 2017.
It still works

yep! it did. Burnt from TV HDMI. TV was in warranty.

First Dedicated GPU: Geforce 9400GT (I was so happy with it, until I realized it was a low-end card. Witcher II Assassins of Kings almost killed it.) First ever GPU was an integrated one from the 90s and 4mb VRAM. A "beast" of a card! I was able to play Diablo II and FIFA 2002 though! Nice memories!

Wow, we got a lot of PC veterans out here. 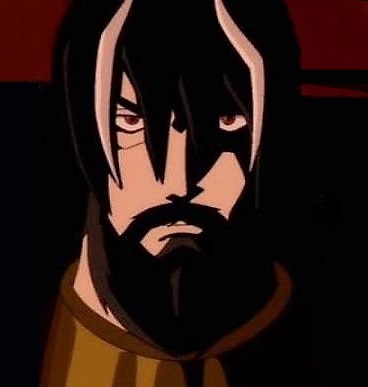 i am glad you could got rid of virgin gtx 1050m ti (i have one and i am stuck with it because of shortage). That card wasnt even enough even when it was released

Here is my graphics cards from oldest to newest: