Nvidia’s upcoming RTX 3080 Ti graphics card is not rumored to launch until a month from now, but that hasn’t stopped retailers from cashing in early, and not for the first time either. In fact, an RTX 3080 Ti was recently spotted in a retailer in the United Arab Emirates, and it could be yours for the low, low price of just $3500. What a steal!

The information was spotted by Reddit user FaisalKhatib, who posted the picture of two RTX 3080 Ti's on Nvidia’s official subreddit, citing the location as a store in Abu Dhabi, United Arab Emirates. They are quite the sight to behold to be honest, especially in the wake of a massive global chip shortage that has resulted in limited GPU stock. 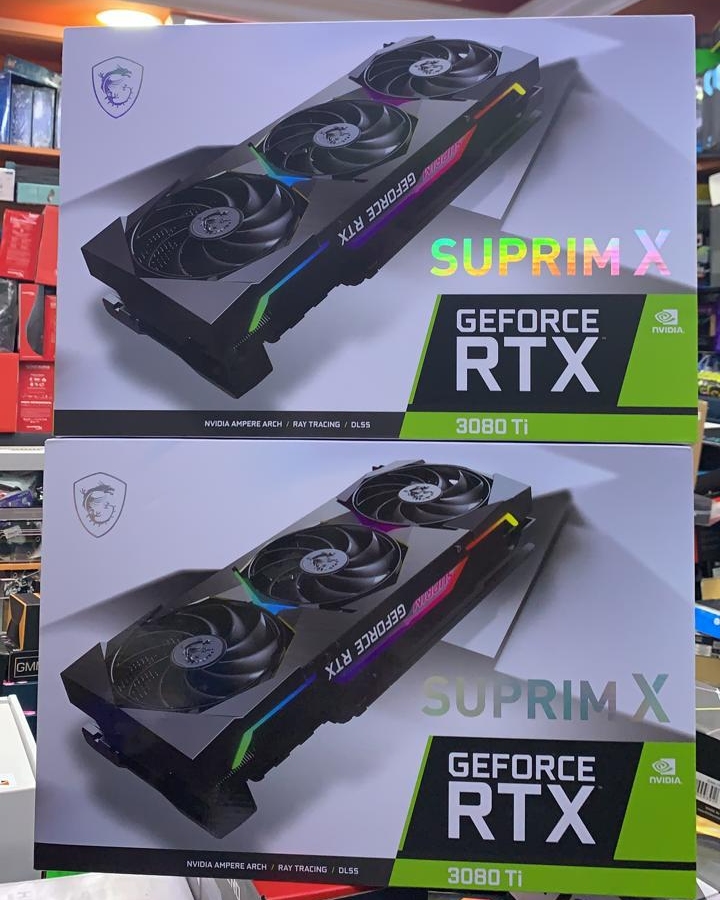 The price is apparently $3500, but is even more of a bargain when you realise you can’t even use it yet! No public drivers are available just yet for the RTX 3080 Ti so the card is essentially unusable, but at least you’ll have bragging rights.

A similar situation happened during the launch of the RTX 3060, which was on sale in Pakistan a few weeks earlier than the official launch. Again, there were no public drivers available so the cards were practically unusable at that point. But what lengths people will go through to actually get their hands on one of these cards before anyone has the chance of buying up all the stock.

$3500 for an RTX 3080 Ti is pretty damn high though, and we can expect the price to drop at launch as you are basically just paying a premium for buying it early. You'll unlikely find it for MSRP anywhere soon, but when crypto miners realize it isn't a very profitable card (hopefully) then prices should drop.

What do you think? Would you pay $3500 just to have a GPU early? How can a situation like this even happen? And what should be done about it? Let us know your thoughts!

And here I am, remembering how I was laughed about for paying 1200 Euros for my card..

Yeah, I remember those times. And I was like "naaah..Imma keep it! Because what I have in hand is more real than a card I won't be able to get on launch day" And now they're selling that 3070 "the 499$ card and destroyer of 2080ti worlds" for more than 1200 Euros in many countries..

i actually think i can sell my 1050ti for profit now used, lol

If you bought it when the prices were sane, I'd say it's a strong possibility.

i can definitely sell it for profit, lol

Now you know how the stock market works.

i can sell it, but then i would need to buy new GPU which would be more expensive :\

If you're not willing to wait half a year, to 1 full year to get a new GPU at a sane price I'd say don't sell it.

At this point, are these even anything more than a joke listing? Can't use it, the price is ridiculous, profitability for mining is not there due to the high price... This is only for those who need a fast card desperately for work (in which case a 3090 is still more versatile due to the memory amount) or gamerz with more bank than brain.

Plus the Rumor that they are refreshes with mining limiters.