Dungeons and Dragons is going through a bit of a resurgence at the moment, and like the Warhammer series seems to be coming out with a new video game multiple times a year. Thankfully, publisher Wizards of the Coast has released a brand new gameplay explainer video for their upcoming co-op Action brawler.

Dungeons and Dragons: Dark Alliance is launching on June 22nd for PC and consoles and will also be available on Xbox Game Pass at launch. If you’ve been following its development and still a little unclear as to what exactly even is DnD Dark Alliance then this handy gameplay video should help a little (it’s also narrated by New Zealand’s own Jemaine Clement, which is always a win in our books):

On top of the video above, Wizards of the Coast also released a post-launch roadmap for all the content planned so far to release later this year, including a couple free DLCs with new levels and difficulty rankings coming this Summer and Fall, and then a full expansion with new characters, levels, and more also coming this Fall. 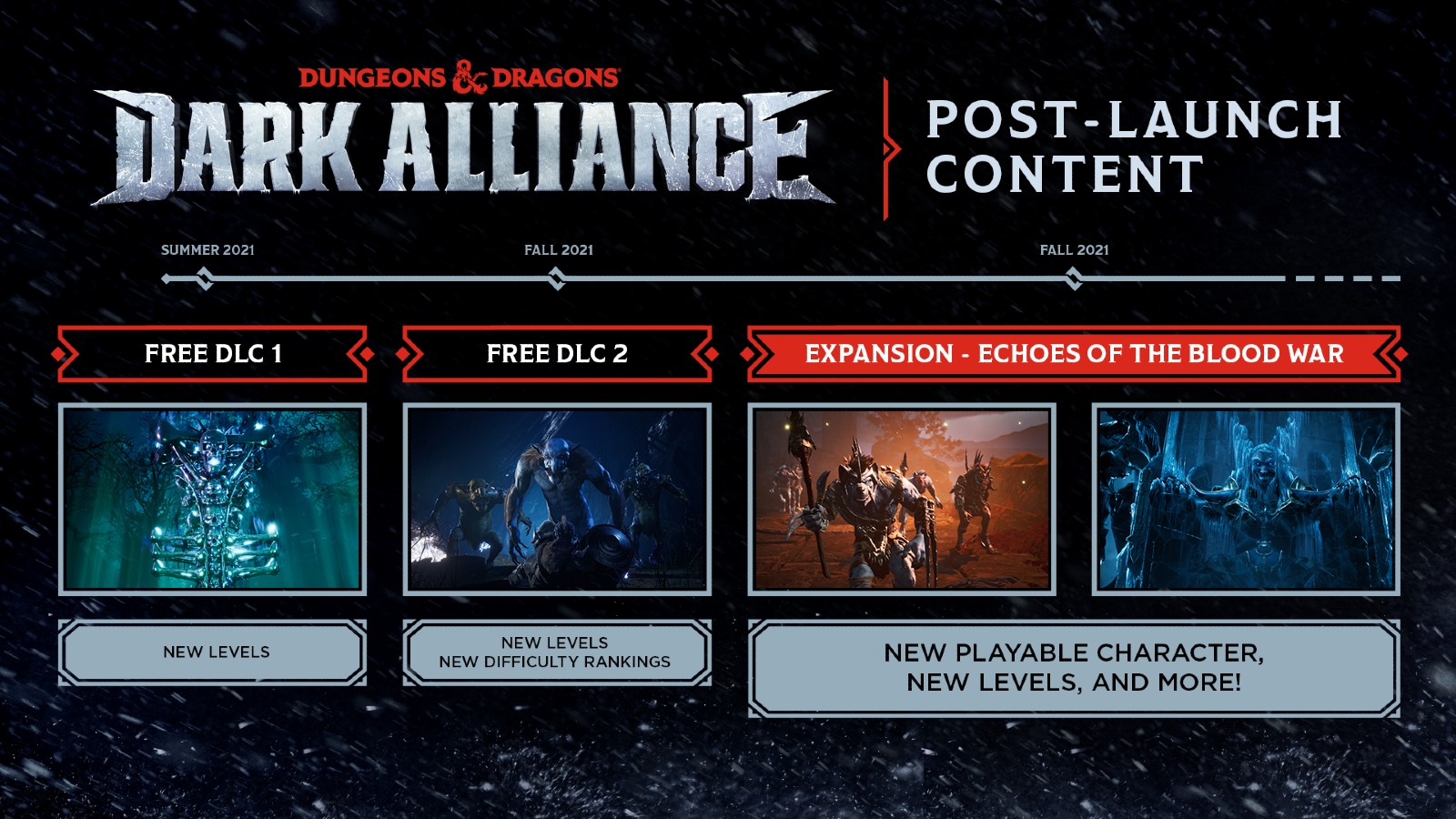 There’s likely to be more updates and downloadable content for D&D Dark Alliance later down the line, but these are the only ones mentioned so far. The free DLCs will be available for everyone on all platforms, with the paid-for expansion costing $19.99. Dark Alliance is launching on PC, Xbox Series X/S, Xbox One, PlayStation 5, and PlayStation 4.

What do you think? Are you excited for Dungeons and Dragons Dark Alliance? What is your favorite DnD-themed game so far? Let us know!

Are you excited for Dungeons and Dragons Dark Alliance?