Listen up, Stalkers. We've been waiting a long time to see more of the upcoming highly anticipated sequel and Microsoft finally gave us a good look over the weekend during their Xbox and Bethesda E3 2021 showcase. But if you want to prepare for the road ahead, you'll need some seriously beefy gear.

Stalker 2 is officially launching on 28th of April 2022, and thankfully the developers, GSC Game World, have revealed the official PC system requirements and they're pretty demanding. Firstly, the minimum GPU is a GTX 1060 and will take up at least 150GB of storage space. So get rid of some of those old files and make room!

Your PC will need a graphics card that is at least as powerful as an RTX 2070 Super or RX 5700 XT, which should then be paired with either a Core i7-9700K or Ryzen 7 3700X processor in order to meet the Stalker 2 recommended system requirements. You will also need at least 16GB of RAM, which should then help deliver 60fps performance on High graphics setting at 1080p resolution.

Stalker 2 requires a GPU that is at least as powerful as a GTX 1060 or RX 580, as well as either a Core i5-7600K or Ryzen 5 1600X CPU in order to match the Stalker 2 minimum system requirements. This system should then deliver around 60fps performance on Low graphics settings at 1080p resolution. You should also have at least 8GB of system memory for the Stalker 2 minimum specs.

Overall, we would suggest at least a 2 year old PC in order to play Stalker 2 at its best.

As ever, remember you can always check out how well your PC can run the Stalker 2 System Requirements here, where you can check benchmarks and performance from other users. Compare your graphics card to the Stalker 2 GPU benchmark chart and we also have a Stalker 2 Frames Per Second system performance chart for you to check.

not sure about that 7600k, i wonder how it will scale with more cores/threads since they say you can run it with 4c/4t or 6c/12t - big difference, regardless of single core speed. Most modern games choke on 4c/4t. I know official requirements dont say much but notice how according to them 6gb of vram is minimum, hmm

We can't know for sure until the game comes out as we don't know how well optimized it is.

If we are to purely look at requirements, then we can assume that with DLSS you'll be a le to play it at 1080p high with good performance 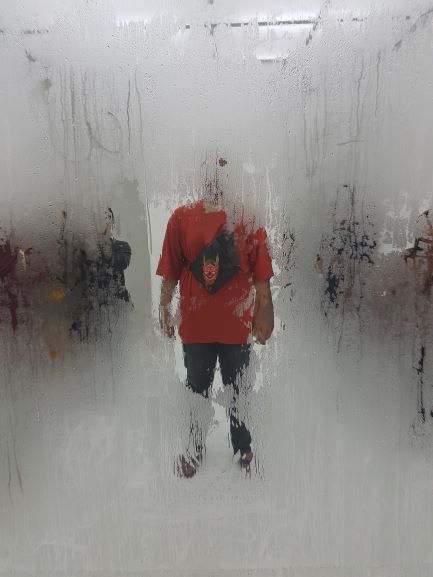 So, will Stalker 2 become the replacement for "Can it run Crysis?"

I don't think so, as it doesn't require any of the high-end gpus and CPUs, but if optimization is poor then it might just be the next cysis.

Wow... In world where even Sony is backing off next gen and making previous gen compatible games, GSC was like, "We find your lack of next gen games disturbing, hold my beer while I show you how this s*** is done..." :-D

But yeah... these kind of hit hard... will probably want to upgrade... and beating Jensen with my 1070 till prices drop probably isn't legal... :-D

It's still pretty decent. If you only use it for gaming it'll serve you for another 5 years easy.

its still good gaming chip, overclocked its pretty much in the spitting distance to 5600x

I used to have 4790k 2 years ago, it was still rock solid for most cases, though in most demanding areas and games it started to struggle a bit like ac origins/odyssey, shadow of the tomb raider paired with gtx 1070 at 1080p. I recon it still can deliver decent gaming experience though it started to age in few last years, i think 3 years is possible. If i were you i would wait out and get ddr5 platform But 4790k has been such a trooper

@rattlehead999 really depends on game, gpu, settings and testing location in-game. In my mentioned games my 4790k used to be hitting 90-100% cpu usage and when it hit 100% it started to stutter from time to time. I guess in games like cod warzone, nfs heat, bf5 multiplayer it really should show its age provided you pair it with something more powerful like rtx 2060 or 5700xt or better.

A little concerned with those cpu requirements, i just hope they take their time polishing this game. I'm so hyped for this i loved all 3 stalker games.

same here, although call of pripyat was my favorite of the trilogy

It should its running unreal engine up to them to optimize it.

That's what she said

I know a guy at work that says that exact phrase almost every day.

Expect all current gen AAA games to be about this big and get even bigger.

Pretty much. Gone are the days were "big games were 15 GB".

If we go back to 7th gen graphics then 20GB will be the norm.

I'm aware. I just remember a time when a big game was 3 GB in size.

I wouldn't call it "demanding" by today's standards, it's just...expected for a high-profile game.

I'm now definitely CPU-bound in some games with my 8-core unless I play at 4K or whatever shifts that bottleneck over to the GPU, so I wouldn't be so quick to make a statement like that, especially for a 4-core. Not that it's a bad CPU, but times ARE changing.

It does, of course, but if the CPU gets overwhelmed doing physics, crowd sim or anything of that sort where it would want more cores (or simply have an engine bottleneck) - it won't help, even if the CPU usage "seems" below 99%. For 60Hz it's far less of a problem as well, but seeing as your screen is essentially the same as mine (the panel, anyway) - you already know that :)