Up For Debate - What is your most anticipated game from E3 2021?

As E3 2021 finished off this week, the official awards event took place on the final day, with various different media outlets judging who took the crown for most anticipated game and best showcase overall. The winner was a little surprising given all the major announcements made, but it didn’t include any of the other game showcases that occurred in the same week outside of E3 2021.

So today we’re here to figure out what is your most anticipated game from E3 2021 and any of the other various showcases that happened in the week including the Summer Game Fest which kicked off the week of Summer gaming announcements.

Forza Horizon 5 may have been crowned as the official most anticipated game from E3 2021, but that was only from one event. Elden Ring, Death Stranding: Director's Cut, Jurassic World Evolution 2 etc. were all announced outside of E3 2021. So which one will take the ultimate Summer gaming crown?

We also want to know which showcase was your favorite, and same as above also includes showcases that took place outside of E3 2021. We still have a couple more showcases coming soon, including Nacon Connect and the EA Play Live event, though both take place in July so obviously we won’t be talking about those for a while.

So what do you think? What was your most anticipated game from E3 2021 and beyond? And which was your favorite showcase? In order to simplify the polls below, we’ve only selected the biggest game announcements, but do let us know if you think we missed one or if your personal most anticipated game is not on the list! So without further ado, let’s debate!

Which showcases were your favorite? - 3 votes each 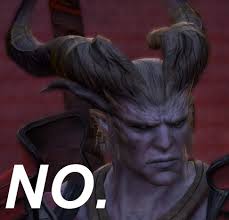 This time i dont have any game im looking for (Maybe hellblade 2 and stalker 2 hopefully i can run the later), after the cp2077 case i prefer to wait for the games to come out and then play them without any expectations/hype, or maybe im just getting old xD

nah dude you arent getting old perse, just the magic that E3 once had is completely gone. For years now even.

It was ok E3, like some stuff were nice to see, but on the other hand there also was lackluster showing from some parts. Though I do understand, CP2077 did shake the industry and no one wants to have next CP2077, so they are holding back. But still Stalker 2 for example looked really sweet. And while I really don't trust Todd, down there I can't help but hope Starfield will end up good.

To me it's Elden Ring, Starfield and Forza Horizon 5 equally. Stalker also looks pretty cool but I haven't really looked into it that much.

Stalker 2 all the way, showed gameplay, they seem to be true to the older games, great graphics.

Devolver Digital got some real bangers. They already a do. I'm pretty much looking out for all they showed.

I'm only excited for Psychonauts 2, been waiting years for it.

Forza Horizon 5, We all know that right?

My most anticipated games are still Metroid Dread and Replaced. I love those kinds of 2D games and they both look really polished.