We’ve been hotly anticipating the arrival of Intel’s official desktop gaming graphics cards for a while now, and we’re pretty sure they will be launching sometime this year. But the Blue team recently gave an update on the Xe-HPG GPU architecture, saying that the DG2 graphics cards are now in the sampling stage.

The Xe-HPG architecture will be powering Intel’s upcoming DG2 graphics cards, an upgrade over the Intel Xe architecture that has already been featured on Tiger Lake processors. The fact that is now sampling to partners is a good sign for the gaming industry, especially in the wake of a global chip shortage.

Sampling essentially means that the early versions of Intel DG2 reference graphics cards are now being evaluated by partners, who will then turn them into custom GPU designs later down the line.

The fact that they are now being sampled also means good news for Intel’s gaming drivers, which are likely at a good point to get a decent idea of the kind of performance these cards will bring. 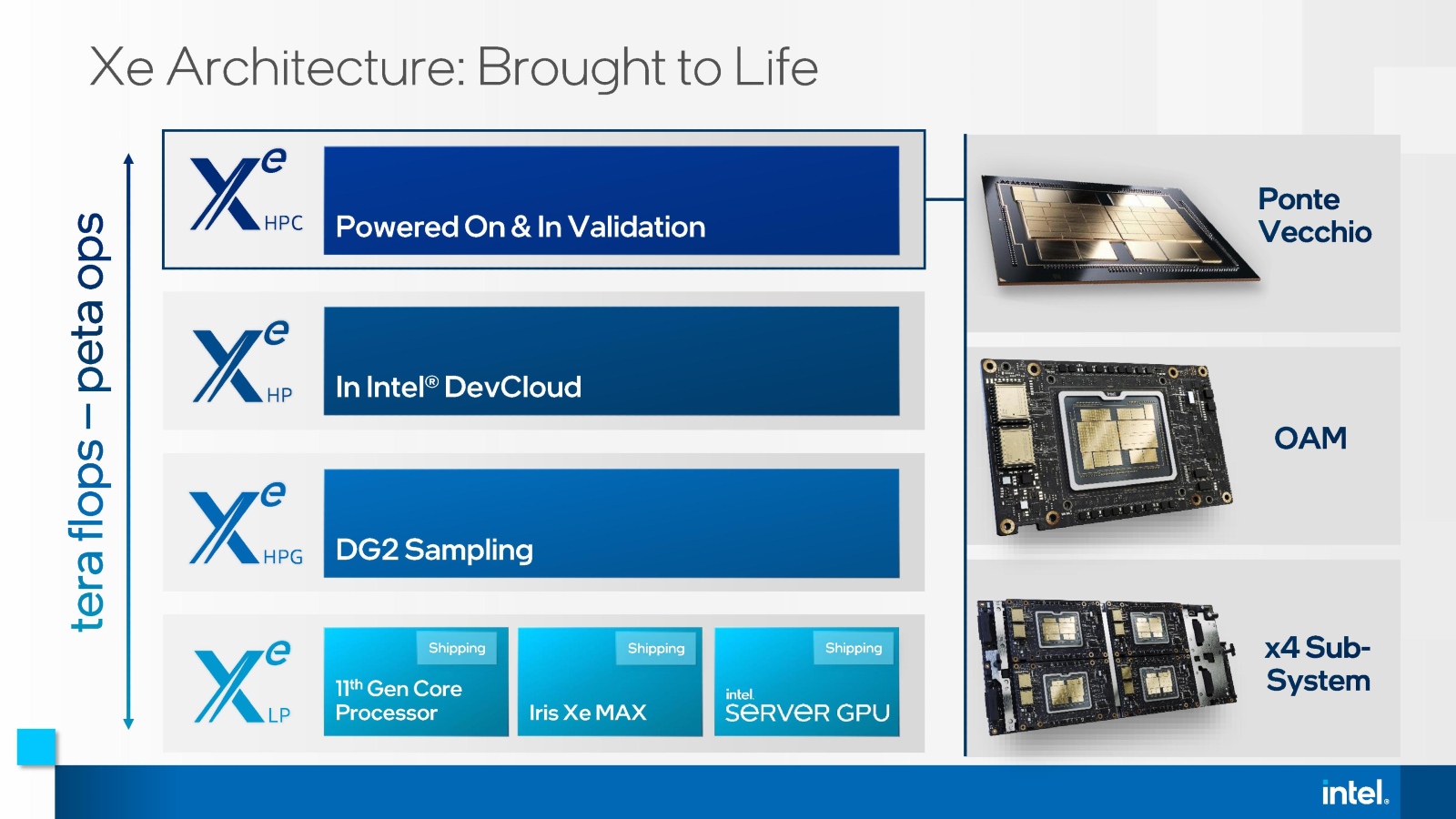 And if there’s anything we know about this process, it’s that leaks soon begin to sprout. We can’t guarantee anything, but it’s likely we’ll start to see actual performance leaks in the coming weeks/months up until DG2’s official release.

We’ve already had some specs and early benchmarks release for the DG2 family, but it’s nothing concrete yet. Current speculation shows the flagship 512EU model will perform somewhere between the levels of RTX 3080 ($699 MSRP) and RTX 3070 ($499 MSRP) performance, with at least a few other models offering slightly lower performance at cheaper price points.

Even though GPU prices are slowly dropping across Europe, bringing more graphics cards closer to MSRP, a new desktop GPU by Intel will be extremely welcome. We still don’t know an exact release date yet, but you can bet the first versions will probably come out later this year, possibly even sooner.

What do you think? Are you excited for Intel DG2 graphics cards? When do you think we’ll see the first cards released? What kind of performance are you hoping for? And how much do you think they will cost? Let us know!

How much do you think the flagship 512EU model will cost? In USD

“Not Surprised. Now they just need to delay Gotham Knights to polish it off as well.” - PhenomFaz

“Not really surprised, regarding release dates I got no expectations. Anything can be delayed and tha...” - Seth22087

“Nixxes are handling the port for this one, half baked isn't what they do... :) and judging by the le...” - dcnstructr

brothers ready to pay a console for a gpu LOL
female dog please. . .