Game-Debate Looks Back Over The 2012 Gaming Year

However, one thing was still reliably present this year: the flow of new and great games. So how was 2012 as a gaming year? Let's look back together..

Many expected the next-gen consoles by now, however they obviously aren't here so this means some publishers may not be pushing the graphical possibilities to their limits as they are still being held back by the aging consoles. A shame, but we are going to hear lots more about the new consoles in 2013. What this did do was open up the market for PC gaming, allowing the PC to shine its graphical gaming superiority into the rest of the gaming world. Besides that a number of developers took advantage of this graphics plateau and focused on other aspects of their game.

2012 did deliver plenty of gaming diversity. We still had routine releases, such as Call of Duty, Medal of Honor, Fifa, Assassins Creed, but we also had a significant amount of originality, from both new titles and current franchises. Games like Dishonored, giving us a unique environment, or Far Cry 3, giving us a new approach to open world story telling. And then we enjoyed 2 giant MMOs like Guild Wars 2 and Planetside 2, bringing MMO's up to a new standard and of course WoW enjoyed Mists of Pandaria. All of which are only available on PC.

The Indie games of 2012 also showed ingenuity, with FTL and Hotline Miami stealing a lot of the attention. We nearly missed off the episodic hit by Telltale, The Walking Dead. This won a lot of awards with great continuity throughout its episodes, awash with blood and moral choices that really make you stop and think. [Thanks for the reminder QuickZilver]

Aside from that, even the annual franchises listened to the fans and managed to bring a fair amount of change. You can see this in Call of Duty: Black Ops 2, which had an innovative single player with multiple endings, and also an innovative multiplayer with new systems. There was also Assassin's Creed 3, bringing the story in a new way compared to the previous parts, and it also took place during an interesting historical event. And then there was Borderlands 2, which is already master of coop and offers a really great alternative shooter experience.

2012 also dropped a couple of big disappointments on us as well. First and most significantly was Diablo 3. After a 12 year wait fans were given a DRM heavy game that was short lived. A player would end up re-playing repeat content and the experience was little improved over the 12 year old Diablo 2. There were some terrible design choices made by the guys who want to make money. Diablo 3 lacked endgame and even launched without PvP.

"Diablo 3 cost a massive £40 on release and for all those people that took a day off to play it during the release week, even on single player, they were unable to play due to external server issues."

"Let me say that again! People could not play their single player game because of Blizzard servers not being able to cope. That should not be something that stops someone being able to play a single player game for up to a week. Totally UNACCEPTABLE! Diablo 3 sold over 10 million copies. This makes it one of the biggest marketing successes of the year. I feel that gamers were abused by this and I can only hope that we all have a long enough memory to learn from this."

"Now I do not say this often but I feel our official review score for Diablo 3 is too high, but I didnt review it. The game is ok and I would have given it around a 6.5 or 7 out of 10, especially when there are games like Torchlight 2 out there for a fraction of the price."

Another big title that got some bad press was Mass Effect 3. The ending was not what most people expected, leaving many disappointed. It had a somewhat anti-climax to what was otherwise an epic story. Compared to the two awesome titles that came before it, it didn't offer anything new. Another title that we had high hopes for was Resident Evil 6. Capcom had the chance to make amends for the previous entry, RE5. However, RE6 continued the road that Resident Evil 5 started; doing everything wrong and really nose diving a once great series. Prototype 2 was another casualty this year, one we can barely remember...

However, we also had some big games that did delivered as expected. Games such as Max Payne 3, giving action it's face back. And let's not forget Halo 4. There were doubts when 343 studios took over development from Bungee, however they did a terrific job. Halo 4 was a good looking game, with solid gameplay and an original style for the series. And like always, EA gave us sterling sports games, like Fifa 13, which didn't disappoint. And lets mention Darksiders 2. It's rare to find a development team that can keep their word throughout the entire development process nowadays, but Vigil Games managed to do it. They brought us a bigger world, bigger bosses, more bosses and more depth of gameplay.

We also had quite a few welcome surprises this year. Games that were not really on anyone's radar but we ended up buying and playing regardless. Praimarily we are talking about Sleeping Dogs. The game that was ditched by Activision Blizzard but picked up by Square Enix who saw the potential. Seems to have been a very good move, as it was one of the best titles this year, even making it to GD's top 10 games of the year. However, Xcom: Enemy Unknown also falls into this category for many. Xcom: Enemy Unknown is actually a remake, and it ended up being a brilliant one. It put the turn based genre right back on the map, and like Sleeping Dogs, it too managed to make it into the GD 2012 top 10 games list.

Many games were postponed in 2012. This may have been because of publisher financial issues or that the economy just couldnt sustain another title competing for our money and time. Titles in this category include Metro Last Light, Bioshock Infinite, Tomb Raider, and Aliens Colonial Marines. These big postponements seem to be representative of the world in 2012, where we are all still struggling under economic pressures and often feel that we should put something off until next year, when hopefully things are better for everyone.

Due to this, many publishers have felt the pressure. EA have had a tough time and as we mentioned earlier today, the big publisher THQ, filed for bankruptcy only days ago. THQ have huge games in their arsenal, such as Saints Row, Metro 2033, Metro: Last Light and Homefront 2. This news shows that no one is safe at the moment. It's painful to see household names like these fall and it definitely puts a bit of a cloud over 2012. We can do our bit though, by not pirating games. You might think it doesnt help but, not downloading them really does support the industry.

All in all, we had a huge number of great games in 2012 and the PC looked great. As with every year we had a few disappointments, a few nice surprises and some great original content that will help set the benchmarks for a healthy gaming/tech future.

2013 is likely to see new consoles appear and by 2014 we will start to see the next wave of gaming standards, as developers get to grips with those new machines. The PC is set to have another awesome year in 2013 with developers turning to the powerful PC platform to make their game standout.

One thing you can rely on is a warm place for you here in GD Towers, where you can share all the highs and lows of the coming year with your family of fellow gaming and tech enthusiasts.

Thanks for joining us and lets all look forward to 2013 together.

Share with us your best 2012 moment? [It does not have to be game related]

why isn't hitman in this article

There is simply no way for me to feature each single game.

but man it was one of the most anticipated games. And it released in november. Not to back

mine too ANAS99 and merry christmas to all from me too

this is my 1st christmas on GD that's why its so special for me,Merry Christmas to all

CANT BELIEVE THAT THE YEAR IS FINALLY OVER! I LOVE YOU GUYS! MERRY CHRISTMAS!!

I bought Far Cry 3 the other week and to tell the truth I've got kinda bored of it ! I actually started playing Sleeping Dogs again today, started a new save and put in 5+ hours of play!

What about Spec Ops - The Line as a surprise? One of the sickest and most brutal stories ever in video games.

Did everyone forget about Torchlight 2?

This was a very good year for PC Gaming. My only complaint is Diablo 3 and that 'always online' crap. Just thinking about it makes my blood boil! As for the next-gen consoles, I will be curious to see what the system requirements will be when developers focus on them.

^ Hopefully I won't have to upgrade my PC right away. I don't want to pay another $300 for a graphics card. Not for two years at least :)

Great article.A +10 and hats off.And regarding my best moment,it isn't game related but i had 2 this year.First was that i entered into the high school i wanted and second is that i managed to build my new rig.So it was an awesome year for me :)

Thanks, glad it was a great year for you!

I wish if only more good genuine games such as Dishonored were published next year...

btw from what game is the last image?
I could guess the others:&#272;

Felix added al the images, I assume it's from the walking dead..

The last image is bioschock infinite.OR maybe my internet didn't load the last one.But put the mouse cursor on the image and it will tell you the name of the game :)

Fine article, Warmice ;)
The year was good for our industry. Certainly not like 2011 though but looking forward, 2013 looks like it'l do phenomenal in both software and hardware. Exciting times ahead.. :)

I am looking forward to 2013 radeon hd card series (not the mobility ones) :D

Oh.. but by hardware I meant the consoles ;) But GPUs are important too so yea. 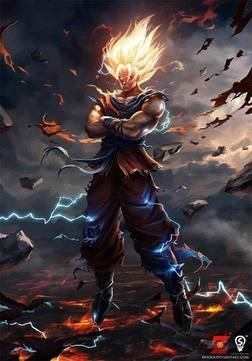 Very Nice Blog Warmice :) My favorites this was AC3, Far Cry 3 and Sleeping Dogs. And Spec Ops The Line Also turned out to be a fantastic third person shooter. And The Last but not the Least The Walking Dead was also Exceptionally good. Once again very Good Read :)

Thanks ;). Your right, but it's impossible to feature each game, and I must admit I did forget one here and there, but the core is featured.

It was a fine year for PC Gaming :)