AI is simultaneously a tremendous and questionable thing. For every good thing it does, there’s an argument against it, and a new mod has raised a lot of ethical questions over voice AI, which attempts to imitate someone’s voice as accurately as possible, and allow anyone to make them say anything they input.

A Night to Remember is your typical modded quest for The Witcher 3, where a fan has created their own custom DLC within the game, and either extended the original story or built upon it. The difference here is that the modder, nikich340, has used voice AI in order to imitate the voice of Geralt. Check it out below and see if you can even tell a difference:

Obviously there are a few hiccups here and there where Geralt doesn’t exactly sound like a real human, but it certainly helps that his character already had a deep gravelly voice with not much inflections in the tone or pitch, so recreating it would not have been much of a challenge in terms of the accuracy.

Of course, the entire mod looks very well made and should be credited as well, but the voice AI is arguably more impressive. But what is undoubtedly more interesting to talk about is the ethical implications, and the worries that one day voice actors would be out of a job.

On the one hand, this opens up more avenues for modders and creators alike to make something that looks and sounds more like a professional piece of work, which is especially good for those without much of a budget. On the other hand, well, you’re not paying a voice actor to do the job and you're not exactly about to pay an AI, so the actor is out of job so to speak.

There’s definitely more to the discussion to be had, so we thought we’d throw it over to you guys! What do you think of the AI voice generation? How close do you think it is to the original voice actor Doug Cockle? And what kind of ethical issues does it raise? Let us know your thoughts!

How close does the AI get to the original voice actor?

Do you think voice AI would mostly help or hinder modders?

"On the other hand, well, you’re not paying a voice actor to do the job"
And on another hand, mods are free and modders only use their free time. I haven't heard of any modders that rely on donations to live. So this is a great tool to counter a silent or really badly cut voice over for a modded quest. There was something similar done in Skyrim as well. Anyways, im glad the modding community keeps on going and keeping the game alive.

Every time I see a trailer or video of The Witcher 3, I just want to reinstall it and start playing again. This is one good game.

Great use of AI really gives it the legit DLC feel. Not like any modder could get the voice actor into the VO booth working for free, clever approach. 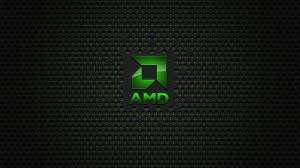 All of Geralts ( and oriannas) lines from this trailer are copy pasted from the game (hearts of stone,blood and wine) and offical trailer/s.

Yes , that is what i thought . All the lines i hear i allready know and the line that is new from Orania sounded very different. What line from Geralt in trailer are AI generated ?