Up For Debate - What do you feel is the best GPU purchase at the moment given shortages?

We’re at a pretty sucky time to be a PC gamer in terms of hardware, with almost all graphics cards available experiencing massive amounts of shortages, which was only made worse by a recent cryptocurrency boom that saw thousands of GPUs swept up by miners and leaving hardly any left for actual gamers.

But whilst 2021 has been a pretty terrible year to upgrade your PC, that doesn’t mean it’s not possible. Demand for crypto mining has reduced, and has had a knock-on effect across Europe that has seen GPU prices fall to their lowest since February this year. They’re still overpriced at the moment, but by much less than they used to be a few months ago.

That’s all to say that maybe, possibly, there is an inkling of a chance to finally start upgrading our PCs later this year (or possibly early 2022). But let's humor ourselves for a while: what do you feel is the best GPU purchase at the moment given shortages?

With the recent shortages, some manufacturers like Nvidia have actually increased production on older GPUs in order to allow for more affordable options for those who wish to upgrade. That means some last-gen cards are actually a better purchase right now compared to the latest and recently released GPUs. But does that mean we should buy them? Or should we still wait to upgrade?

Something like an RTX 2060 Super, RX 5600 XT, or any of GTX 16 series cards are still great GPUs for playing games at the moment, and most of them haven't been hit as hard by the graphics card shortages thanks to their much smaller hash rate (crypto mining performance) than the more recently released GPUs.

What do you think? What do you feel is the best GPU purchase at the moment given shortages? Should those looking to upgrade look at last-gen or older hardware? Or should they just wait a little longer for supply and prices to improve? And when do you think they will improve? Let us know!

Is it better to buy a last-gen GPU now or wait for supply to improve?

When do you think it will be a good time to buy a new GPU?

When do you think we will see GPU supplies improve?

I just got 4 number correct in German Lotto, that money will help me to buy Dying Light 2 Delux edition, Thanks LottoLand Asia.

Things have not yet improved where I live. It's hard to find GPUs anywhere. And when you do find some, they're going for way higher than MSRP (at least double). Guy I talked to who owns a computer store (and is a hardcore gamer himself) says things might improve only end of this year or beginning of next.

Right now, if you want to do some casual gaming, I feel buying a laptop with a mid-range GPU and Ryzen 5 is the best option. If you want to build a rig though? Best to wait.

Next year things should improve drastically, maybe even wait for a 30 series refresh with twice the vram, as for current gpus, i think a 3060ti or a 3070 is the best option, 3060 is too weak even tho it has 12 gb vram and the 3070ti is not that powerful compared to a 3070 and also only has 8gb vram

i got super lucky as a friend has access to some retailers not available to the general public. managed to get my 6900xt for £1169 + £40 for shipping. without access to those sort of prices nothing is worth while right now. even my ram has gone up from £139 to £219 for 16GB

Based on the prices as they are, the best GPU you can buy, is the one you already have, If you can run RE Village or Cyberpunk bring your GF on holiday and wait.

In Australia, I've been seeing stock improved for the past month, and prices continuing to lower. I think by the end of the year, things will get better.

Same here in Finland. A month or two ago there was barely anything on stock, now there are dozens of different models and prices are lowering, slowly but still.

I would expect next generation gpus in the second half of 2022. That when im going to build a new system. 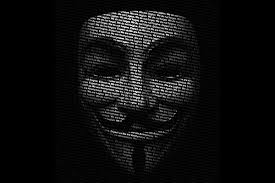 I don't think any is good buy yet, unless you can get it around MSRP. As far as I am concerned, MSRP wise 3060Ti feels like best bang for the buck to me, if it wasn't out of stock. From available, I guess 3060, again at MSRP. RX6700XT on AMD side looks good with VRAM, though I am not entirely convinced by price, closer to 3060Ti it would be killer deal. But still, anything MSRP is now great deal.

As for improvement, we will see, I think it won't be like no cards and then to full stocks in a moment, I think supply increases will trickle in through 2021, then of course there will be sellers who won't want to eat loss of buying more expensive cards and try to delay price drops as much as they can, but through 2022 they will run out of excuses. That would be my guess, but we will see.

As for next generation, I guess we will have to see about that too. If AMD and nVidia have hard time selling stock, they could try to extend this generation or do Super like refresh to use up available supply. Who knows, I would still stick to whether you really need it, unless next gen is officially announced in a month or two.

depends on the price, but 1660/1660 super is largely available and doesn't cost two kidneys, good for budget builds as well

Honestly it kinda just depends. I wasn't gonna buy a GPU at all this year but my boy went and picked up a 3080 Ti and was willing to sell me his old 2080 Ti for cheap. And I was able to sell off my Rx580 which made the whole thing worth it. But unless you know people it's probably just better to wait it out.

well, for me I believe Ryzen 7 5700G is the best thing you should do at this moment instead of RTX GPUs ( High prices ), you can run every single game specially the latest ones. So, you should probably wait like 1-2 years for GPUs' prices to get back at normal