It may be that we've been spoilt with recent games, but Warhammer 40K Battlesector is a little light on the graphics options. In fact, there's really not much that you can customize here apart from resolution and graphics quality, and even then the latter only has a few presets to choose from. 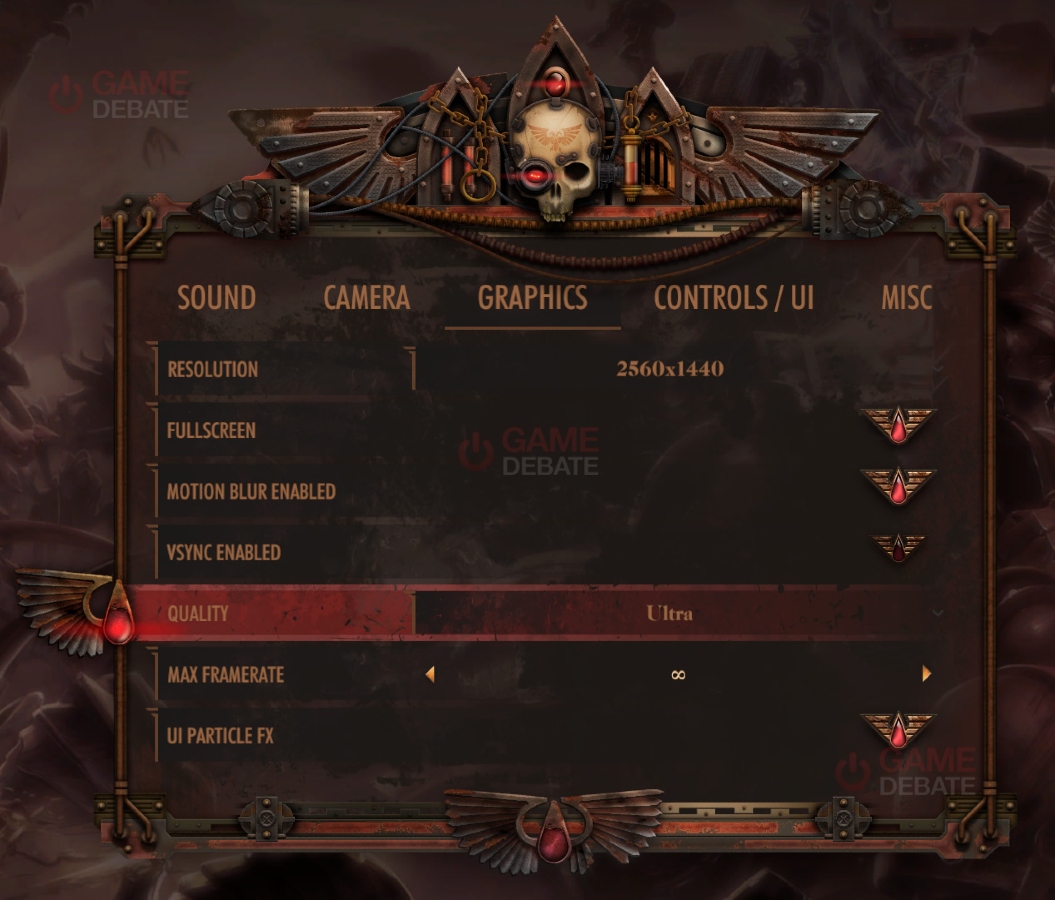 As you can see in the screenshot above, there's only a handful of options to actually customize:

The 'Quality' setting is essentially the graphics presets you can choose from, which range from Low, to Medium, to High, and finally to Ultra. But apart from that there's not really anything else to talk about since there's not many settings to mention anyway.

And that's all the graphics settings available in W40K Battlesector, it's pretty bare minimum, and hopefully they can still provide some decent customization for performance and image quality, which you can see in our Warhammer 40,000: Battlesector PC Performance benchmarks.

Since there's not really much to talk about in terms of graphics settings, we may as well mention some options that aren't there that we would like: stuff like a Resolution Scale/Dynamic Resolution would be nice, and some more detailed quality settings control. Then again, Battlesector may not really need it considering the genre.