Graphics card prices have steadied out across Europe, GPU availability getting better

Earlier this month it was reported that graphics card prices were the lowest they have ever been since February 2021, marking a significant drop in inflated prices for GPUs as demand for crypto mining dropped in China recently. For a while it looked like everything was on the up, but those price decreases have now come to a stop.

That doesn’t mean we won’t see graphics card prices improve significantly again soon, just that the recent sharp decline in GPU prices has now steadied out after 2 weeks. However, there is some good news on the supply situation, as despite the prices not improving over 2 weeks, it seems that availability has at least. 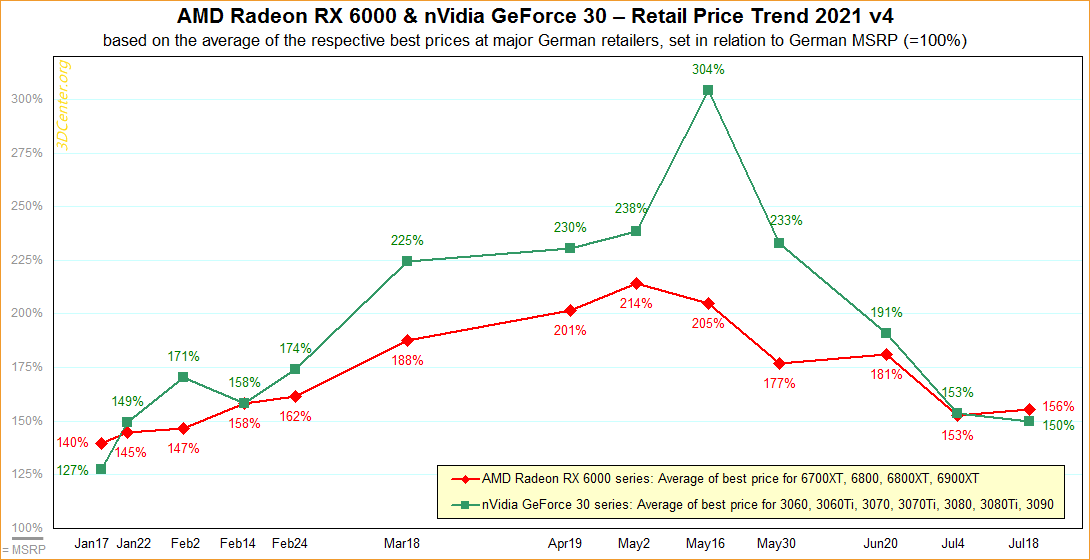 This is likely due to retailers still trying to squeeze the most amount of profit from their cards as demand seems to die down. The good news is that there doesn’t really seem to be any indications for GPU prices to surge once more at least, so it’s unlikely we’ll see cards priced much higher in the next few months.

In terms of actual availability, it has been reported that Nvidia’s GPUs are doing pretty well, but the RTX 3060 Ti supply is the worst of the bunch due to the fact it is the most affordable and the last model of the non-LHR series. For AMD, the RX 6700 XT and RX 6900 XT currently have the best supply, with the RX 6800 and RX 6800 XT having the worst.

What do you think? Will we see graphics card prices increase or decrease in the next month? Do you think we’ll ever see another massive GPU price increase soon? Or will prices only improve from here until they hit MSRP? Let us know your thoughts!

Do you think GPU prices in Europe will increase or decrease next month?

Do you think GPU prices will see a massive increase again soon?

Still not good enough! I will skip this gen anyway my gpu is almost new. ????

I mean if you plan to spend the same 350-400$ for a gpu of this generation that would be a rx 6600xt which is most likely going to be as fast as your current GPU, so it's a pointless side grade

Well, I still can play any modern games with my GTX 1070 Ti, but if by any chance my 4 years old graphic card die I will prefer to stop playing video games and sell the rest of my hardware instead buy a ridiculously overpriced product.

I don't know what country you live in, but I just sold my gaming pc which had 8th gen I7 and gtx 1080 for roughly a $900 loss to what I put into it. Surprise surprise, it is enough money to buy a pre-built system with rtx 3070.

It cost me no extra money out of pocket and was cheaper than scalped 3070. 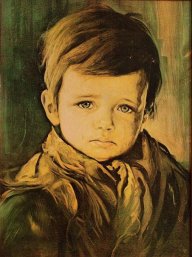 I am just going through the same nightmare and TBH it's not fun. Same GTX 1070 Ti has given up on me a month and half ago and I won't be buying those insane priced cards even if drunk.Thinking of repair though if possible.

Starting at €1300 in the Netherlands for Gigabyte cards

In mexico prices has dropped, but not that much, there is stock for pretty much any gpu but the prices are still insane, wouldnt pay over 50% the MSRP.

Here in Portugal it has been getting better, slowly but on the right path. As for availability you can find almost every card in stock pretty easily (even multiple models) but that's probably because even at MSRP the cards are expensive ...

... for most of us, but prices have been getting lower too, you can find almost every card (not all models) for "only" about 200€ more than MSRP, which is "good" considering a few months ago it was over twice the MSRP.