Up For Debate - Is your GPU and CPU overheating in the Summer heat?

If you live anywhere in the northern hemisphere, then you’ll know that we’re right on the tail end of Summer now. But before we all get sad that Summer is nearly over, some of us are still experiencing intense heat waves, which can sometimes spell doom for our beloved gaming PCs.

We’ve talked before about how hot should your CPU and GPU be running whilst gaming, but that’s specifically talking about component temperatures when running at idle and whilst gaming, but it never touched on how hot should they run during a heatwave, or how you cool your PC during a heatwave (though that last one was its own Up For Debate a few years ago).

For reference, here’s the general consensus on how hot your CPU and GPU should be running whilst gaming and at idle, according to you guys from November 2020:

It’s worth noting that other temperatures on either side of these numbers got lots of votes too, so you definitely have some wiggle room there. However, these were the answers with the most votes.

So now the question is this: how do these proposed temps for CPUs and GPUs whilst idle and gaming hold up in a heatwave? And do they still hold up for the new RTX 30 series and RX 6000 series graphics cards now that we’ve had our hands on them for a while? And what do you do to cool your PC during the summer heat?

What do you think? Is your GPU and CPU overheating in the summer heat? What do you do to cool it down during a heatwave? How accurate are those idle and gaming temperatures now? Are they still relevant for the new generation of graphics cards and processors? Let’s debate!

Is your GPU and CPU overheating in the Summer heat?

What is your main source for keeping your PC cool?

How accurate are the idle and gaming temps above?

Normally my GPU get' to 63C but in summer it gets to 66C, so not a huge difference. As for CPU, it's no change

I used to have these problems a while back. But I switched out my case fans for server fans and that did the trick. 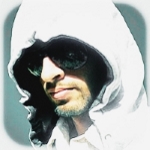 that's perfect for a laptop

Nah. Only my apartment was overheating so I couldn't game as much.

Well my CPU gets to about -68C maximum(on stock AMD cooler),maybe 3-4C higher than when it's cool,but the gpu no difference,max it ever reached was 80C,but usually when at max use it goes to 75C tops.

I usually undervolt and underclock CPU/GPU when it's too hot in the room.
CPU to 4.4 Ghz / 1.1V - 28°C idle up to 50-55°C when gaming.
GPU is a bit trickier, gotta work with details and settings depending on each game.
I hate too much heat, so I rather sacrifice performance for more comfort :)

I'm the other way around - let it burn, but give me the frames :D

now when I moved to M1 MacMini, I get same cpu performance as my 4.3GHz OC'ed i7-5820K, while temps are below 29°C idle and around 55°C full load - yet basically inaudible

but where's the GPU on that thing?! lol
Finally you got that mac xD

I boot my PC when I want heat things up just for fun
fair to say though, that M1 gpu can't run any serious games via Rosetta2 emulation, and on top of that MacOS Big Sur doesn't support 32bit apps, so all older games are unsupported as well,
sure something like Northgard works great, but Frostpunk is only playable at lowest settings at 3440x1440,
I'm waiting for something stronger to buy next year

reminds me I gotta do more power draw benchmarks with my electricity multimeter - I think max I got with my 5820K+1080Ti rig was something around 480W or so....still enough headroom on my 750W psu

I have my PC fans set to run at 80% speed all the time so my PC never runs too hot no matter how hot it gets in the house.

For my, I wouldn't say it is overheating, it reaches usual about 75C, which is around where target is, I think it drops few notches lower on its built in frequency/temperature/power curve, but nothing too major, since it isn't really noticeable. As for cooling, case fans of course. And temperatures above are perfectly fine. Like anything below 80C is perfectly fine.

Also with most modern graphic cards you need to have pretty big problem to exceed target temperature as card approaches base clock. But as you approach 90C, I definitely would start to worry about it. And sure ideally you would want to run cooler, but as far as silicon goes, it will be fine. Might start degrading bit faster, but that is about it. Just saying.

Since PC community definitely got bit too sensitive to temperatures. And of course, as I said lower is better, but as long as you aren't exceeding maximum recommendation or aren't constantly hitting it, it will be fine. Not ideal, but fine. Since some get overly worried when cards are hitting perfectly normal temperatures.

Agree on this one. "Too sensitive" is a good way to put it lol

The 9900K I have does run very hot with the Noctua NH-14UHS that's on it. Going to upgrade it to a NH-D15 Chromax soon. It's in a Fractal Define 6 case, need to switch some fans around for better airflow. It amazes me how much can be done about temperatures honestly.

Mine runs within well and I keep it boost-locked and OC'd in X1 when gaming something heavy (for them frames!). It's surely running hotter in the summer, but otherwise I don't particularly monitor the temps.