One of the most anticipated games of the year is the next official entry in the Battlefield franchise. Not only will this new one take place in a near future, but it’s also upping the scale by introducing 128-player matches, and in order to keep that number up the developers are using AI bots that are apparently indistinguishable from real players.

Speaking in a recent interview, Senior Design Director at Ripple Effect (formerly DICE LA), Justin Wiebe, spoke about the newly revealed Battlefield Portal mode in Battlefield 2042. Additionally, they discussed the AI bots and how they will interact with players and the world:

“We’ve tried to put a lot of effort into making them play just like a player would,” Wiebe said. “So it would be really hard for people to tell the difference between an AI and a real human player because they will run around, they will drive vehicles, they will pick each other up, they will drop [each other] off at objective locations and things like that.”

“It’s a very intelligent system. And then you can tweak and tune some of the things they are and aren’t allowed to do, including how difficult they are to play against.”

The reaction to AI bots in BF2042 has been somewhat mixed, with many proclaiming they don’t want to see any bots at all in a multiplayer game.

Thankfully though, they’ll only be there to fill up the 128-player slots if any are missing in a match, and will immediately disappear when a real player takes their place. However, until those bots spam “GG EZ” in the chat after every game, I’ll have my doubts as to whether they really are realistic in a player’s actions.

Are you excited for Battlefield 2042?

How close do you think AI bots can get to replicating a real player?

I don't think bots will straight up hinder experience, though how much will they help is another question. But it definitely is better than either empty server or hugely unbalanced teams. So I think they will be nice. As for how close to players they will get, I am skeptical, but EA is free to prove me wrong. So I guess we will see.

I mean AI is always heavily restricted otherwise it would destroy even the best players and AI in games like BF2 was pretty good even back in 2005, games li CS:GO have good AI and that's some 2004 AI, updated a bit.

Yeah, they have to strike right balance. Because every AI in a way starts as perfect player killing machine, which they then need to "sabotage" just right to where it is still capable, but also not too perfect, so it is fair. Hopefully AI will also be able to scale a bit based on team balance, so they aren't just cannon fodder. But we will see about that.

I hope not, because human players are mostly dumb af and are bunny hopping, quick scoping, trolling their own teammates, and cheating like it's a special needs camp...so yeah, I hope AI will be tactical, not annoying.

I find all that hard to believe.

I will need to see gameplay to believe it.

Ally bots in campaign: Shoots the enemy all bullets misses.
-Also me: Me against the world.

Instead of talking so much about the bots, how about they just show some gameplay full of bots to show them in action?
But in terms of them being advanced, I believe it. EA has been working on deepmind-style self learning AI for a while.

They managed to get their self learning AI to become proficient at playing both Battlefield 1 and 5 so it feels like they're comfortable enough to put it into the game now.
https://www.ea.com/en-gb/news/teaching-ai-agents-battlefield-1 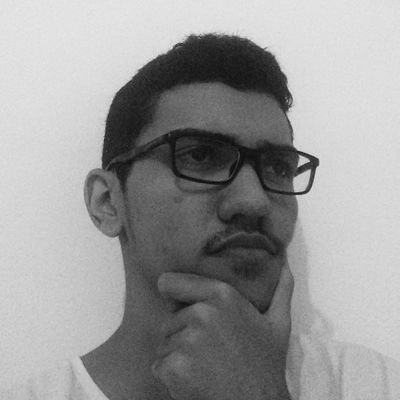 Yeah, I am worried about the "new" AI cheat for FPS games

So the bot will spam the chat that you are a cheater if you kill it certain number of times?

And ban you because it thinks you are cheating for going on a 10-20 kill streak...

My area definitely needs some bots to keep lobbies up/going, so whatever there capability doesn't really matter to me. As long as they don't break the immersion with strange behaviour...I don't mind them doing their own thing since there will be equal numbers of them on both teams

So they will stay on hills sniping and drive the vehicles into ditches?

As long as they actually PTFO and accept some overrides from players like telling your driver to drive/fly to a specific flag etc. Also, maybe they get to actually play medic and revive players. Just sayin'...