Crimson Desert has been delayed to an unspecified date

Crimson Desert, the upcoming Action Adventure spinoff/sequel to the highly popular MMORPG Black Desert Online and developed by the same studio at Pearl Abyss, has officially been delayed from its Winter 2021 release. However, we do not know how long for but the developers will provide an update soon.

Crimson Desert's first gameplay was officially revealed last year during The Game Awards and was originally scheduled for a Winter 2021 launch. Unfortunately, the developers have now confirmed it has been delayed until an unspecified date in order to create a “more enriching game” all the while “ensuring the health and safety of everyone involved.” 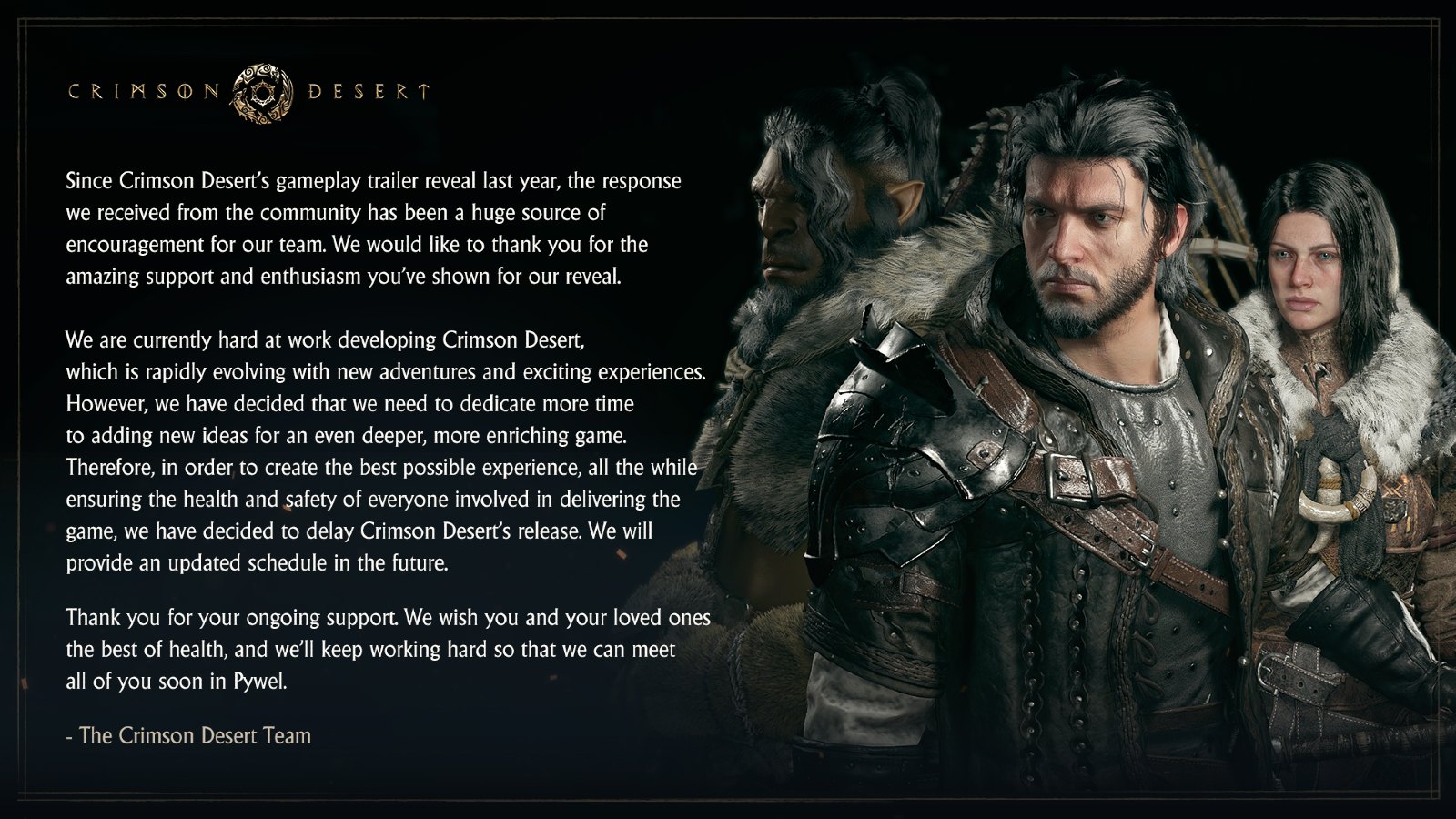 “We are currently hard at work developing Crimson Desert, which is rapidly evolving with new adventures and exciting experiences,” the post says. “However, we have decided that we need to dedicate more time to adding new ideas for an even deeper, more enriching game.”

“Therefore, in order to create the best possible experience, all the while ensuring the health and safety of everyone involved in delivering the game, we have decided to delay Crimson Desert’s release. We will provide an updated schedule in the future.”

What do you think? Are you excited for Crimson Desert? Do you play Black Desert Online? When do you think the game will be released now? Let us know!

Are you excited for Crimson Desert?

At this point this site should report if games are coming out as promised instead.