New World has officially been delayed again until September

Almost like clockwork, the upcoming highly anticipated MMORPG from Amazon Game Studios has once again been delayed just weeks before launch as the developers focus on feedback received from the latest Closed Beta. Thankfully, it has only been delayed for a month, so we won’t have to wait too long this time.

The recent New World Closed Beta kicked off with a few issues from fans - most notably some sort of problem that was bricking RTX 3090 graphics cards - but it seems that fans were more concerned about gameplay. As such, the developers want to take a little bit more time to tidy things up. 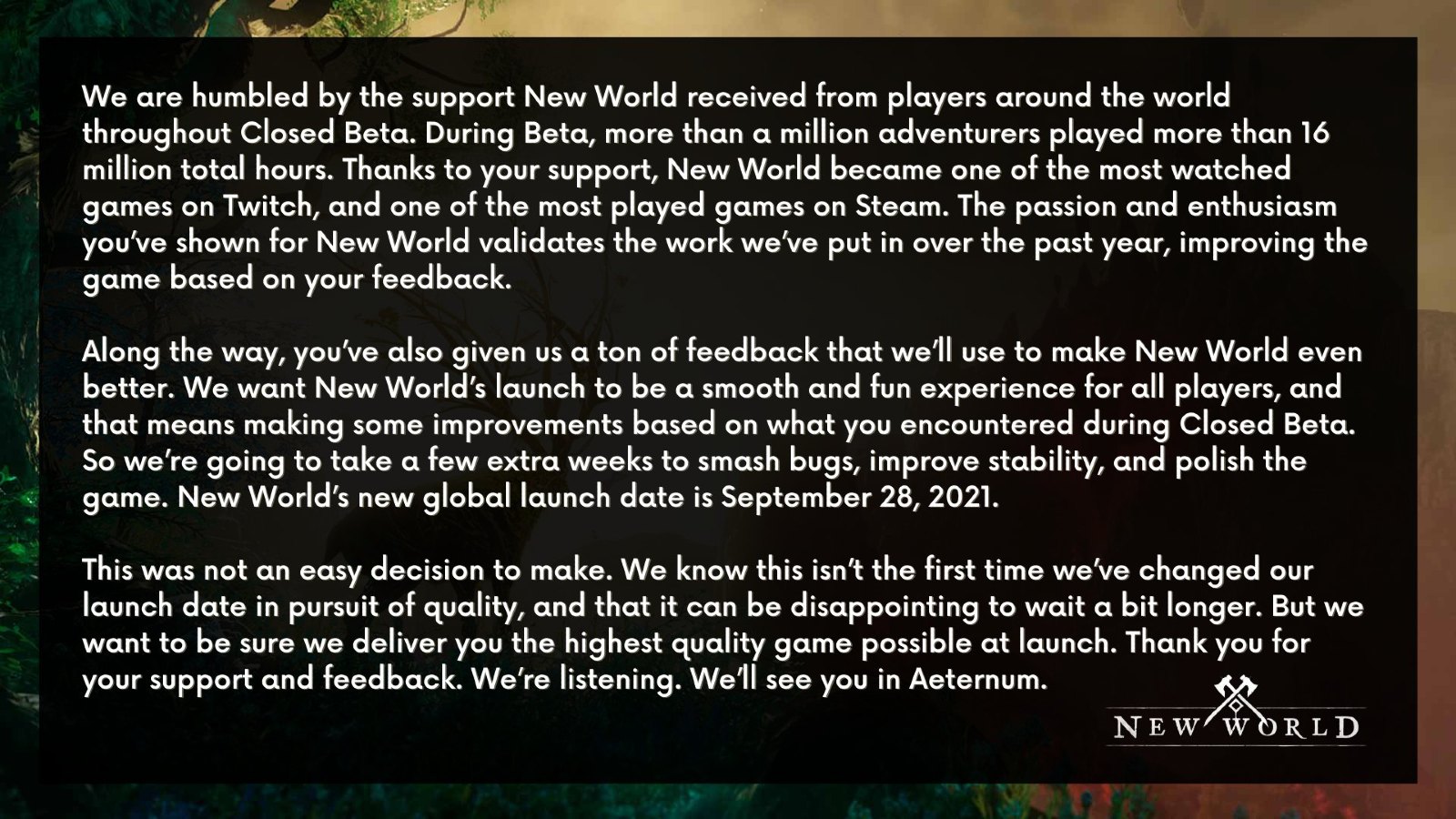 “We want New World's launch to be a smooth and fun experience for all players, and that means making some improvements based on what you encountered during Closed Beta,” the message reads. “So we're going to take a few extra weeks to smash bugs, improve stability, and polish the game. New World's new global launch date is September 28, 2021.”

“This was not an easy decision to make. We know this isn't the first time we've changed our launch date in pursuit of quality, and that it can be disappointing to wait a bit longer. But we want to be sure we deliver you the highest quality game at launch. Thank you for your support and feedback.”

There’s clearly an itch for a new MMO in the market, as New World hit 200,000 concurrent players on Steam during the recent Beta. However, time will tell if Amazon is able to make an engaging title that will last, even for the most hardcore of MMO players.

What do you think? Are you excited for New World? Did you play the Closed Beta? What did you think of it? Let us know!

Are you excited for New World?

If you played the Beta what did you think of it?

Eh MMOs, who cares. These games are designed to take as much of your time as possible.

i care. im really looking forward to a new game where i can sink countless hours on it. its my favourite genre.

Delayed? There is another nice route for New World to take and not release at al ever given their egregious greed and this not being a game but a live-service. I am sure we all would be fine with that New World.