Life is Strange: Remastered Collection has been delayed to 2022, True Colors still on track

It seems to be delay month as multiple upcoming games have been delayed, and the next game to add to that list is the remastered collection for the original 2 Life is Strange games. The reason is apparently “due to the ongoing challenges of the worldwide pandemic,” and will now launch in early 2022.

Life is Strange Remastered Collection was due to launch later this year, shortly after the brand new sequel Life is Strange: True Colors. Thankfully, the latter game is still on track to launch on September 10th, with the developers delaying the remastered collection to alleviate some pressure. 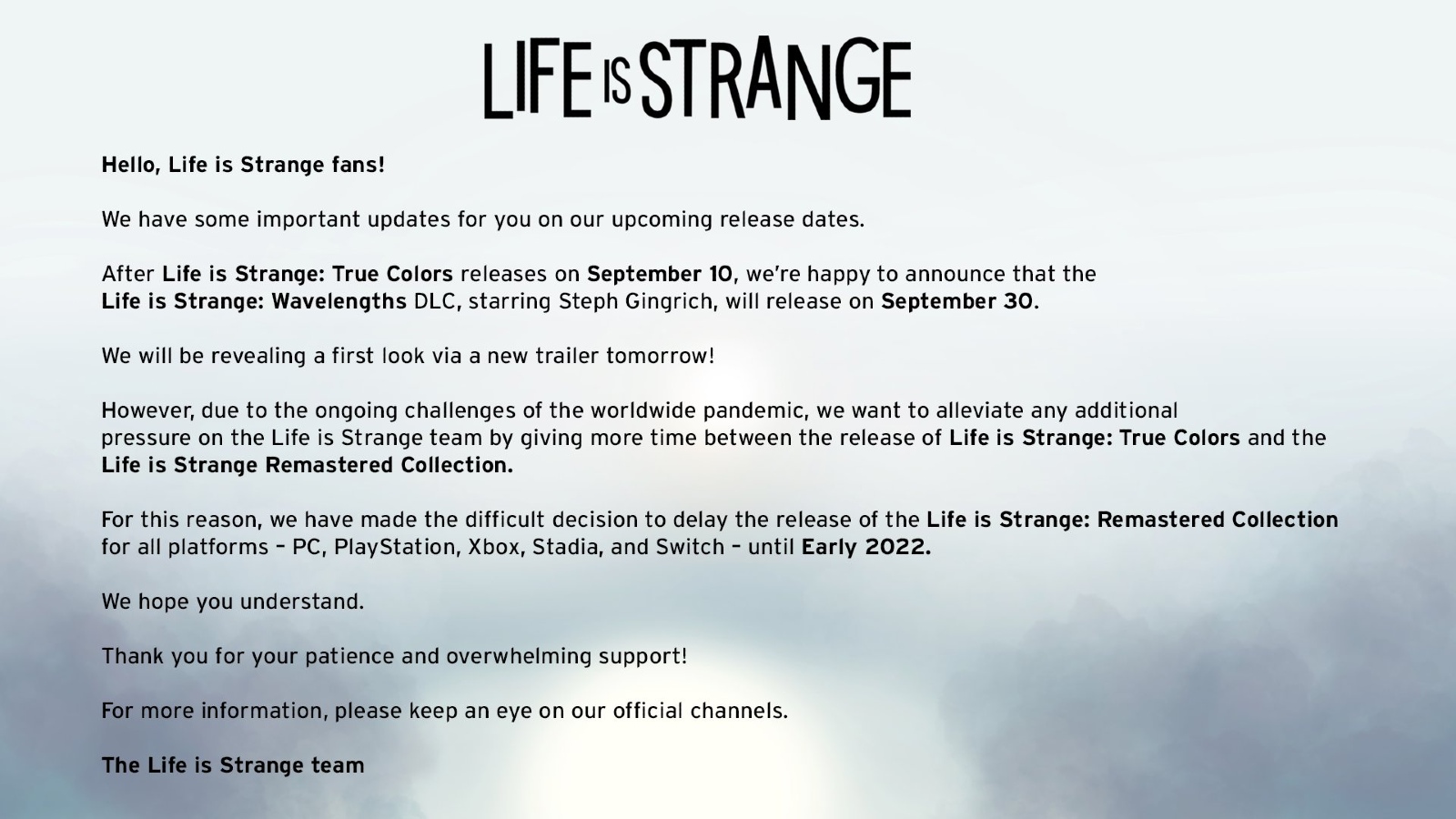 “For this reason, we have made the difficult decision to delay the release of the Life is Strange Remastered Collection for all platforms – PC, PlayStation, Xbox, Stadia, and Switch – until early 2022.”

“The Life is Strange: True Colors Ultimate Edition still grants entitlement to the two Life is Strange Remastered Collection games, which will now be available on their new release date in early 2022,” the developers added.

Additionally, the developers will be revealing the first piece of DLC for True Colors later today, known as Life is Strange: Wavelengths, starring Steph Gingrich and launching soon after True Colors on September 30th.

Are you excited for Life is Strange Remastered?

A remaster that's definitely not needed, but the lightning tweaks do make it look better from what I've seen in the linked video.

This feels more like it could've been a big lighting update, but of course, they wouldn't earn money from that. Really makes me think why they wouldn't invest in another game in the lineup.

I think it got rolled back by a few hours. So some of the comments are missing unfortunately.

Oh no! We had such a debate going on!

I think I saw a bit of it earlier. About a remaster not being worth it if it's not free and that you and your friends loved 1, but you didn't like 2 as much.

Wow, awesome that you remember! :)