As if anyone is surprised, Activision has announced that the official reveal for this year’s next Call of Duty will debut this Thursday, on August 19th. Additionally, the reveal will once again come during an in-game event in the free-to-play Call of Duty Warzone, much like last year’s reveal of Call of Duty: Black Ops Cold War.

A new teaser trailer has been released for Call of Duty: Vanguard, giving us the details we need for when the proper reveal will happen. The trailer also officially confirms the title of the game, which was only previously speculated before some datamine leaks showed some concept art for the game.

The Call of Duty Vanguard official reveal will happen during an in-game Call of Duty Warzone event, starting at 10:30am PT (1:30pm ET / 6:30pm BST). As always, if you can’t participate during the event there will likely be several streams from content creators, and the official trailer will then be published online for all to see.

What do you think? Are you excited for Call of Duty: Vanguard? How do you feel about returning to the WW2 setting? And will you be participating in the Warzone reveal? Let us know!

Are you excited for Call of Duty Vanguard?

“So excited this is a must play game for me its amazing. i thought greedfall 1 is not so great but it...” - Gin

“Sleeping Dogs Definitive Edition might be free next week” - Ryo12912

That was underwhelming but I do look forward to the campaign. In spite of the type of game they want to be which is 'live-service' bullsh!t, they do make good campaigns and I I will probably play this one too. 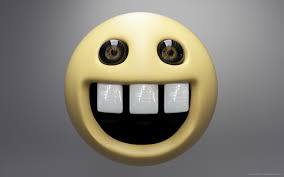 Between releasing another god damn WW2 game and the new Battlefield game, Activision won't bag too much from the COD franchise this following year