Call of Duty has had a long history of console exclusivity, and with the official recent reveal of the next game coming out this year, players will be able to get their hands on the game early, as early as this weekend in fact, but only for PlayStation players. There’s no word on a PC Alpha yet, but there will be an upcoming Beta for all platforms.

Call of Duty: Vanguard was officially revealed recently, and Activision has now also announced that the first Multiplayer Alpha is already starting this weekend. Although not a full multiplayer reveal, the Alpha will test the new Champion Hill game mode, which is a sort of blend between Gunfight and Battle Royale game modes.

The Call of Duty Vanguard multiplayer Alpha starts on August 27th at 10am PT (1pm ET / 7pm CEST) for PlayStation 4 and PlayStation 5 players, and you can preload the Alpha starting now. Unfortunately the Alpha is exclusive to PlayStation consoles, but there are some details for PC and Xbox players that are still exciting. 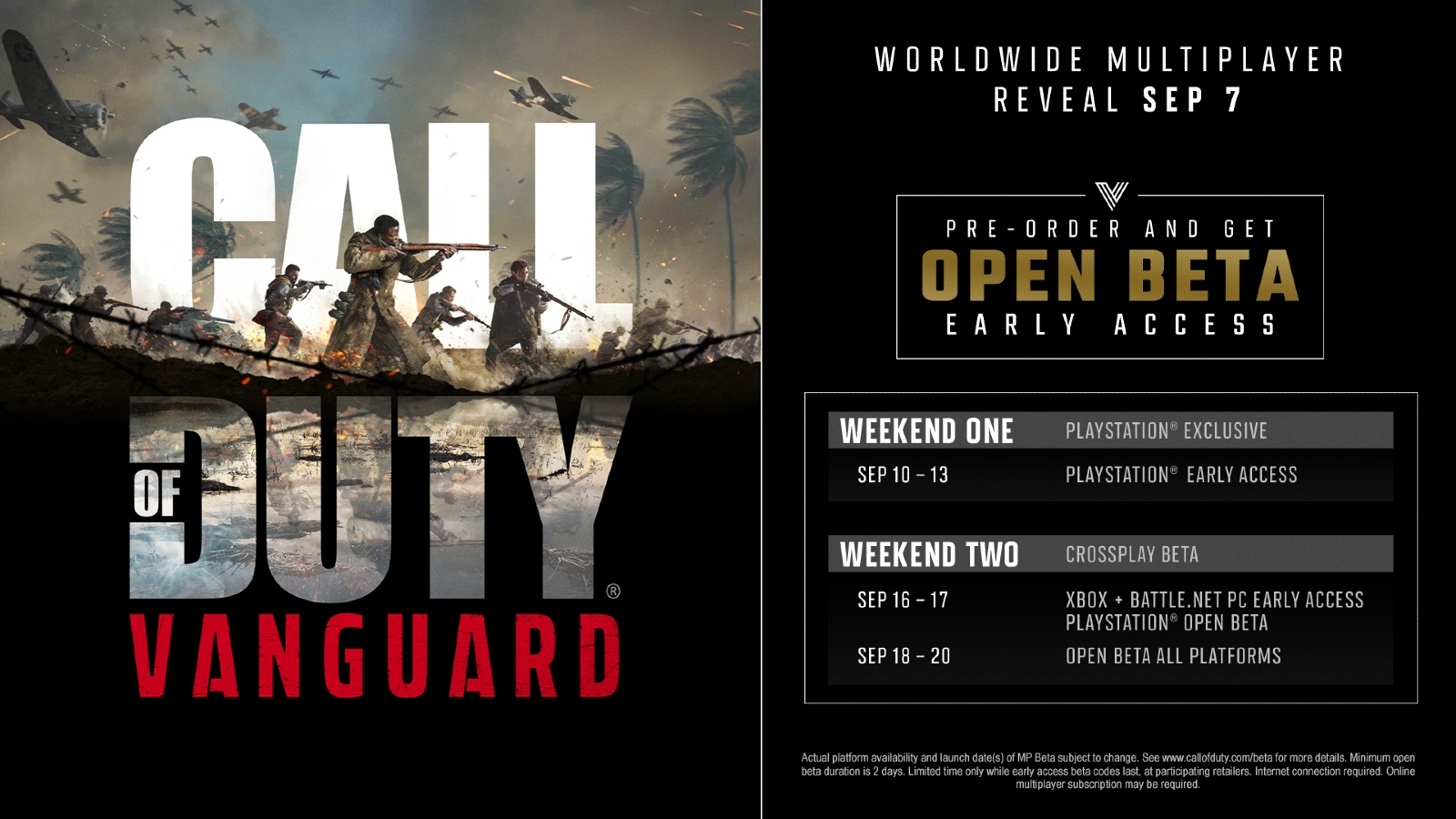 What do you think? Are you excited for Call of Duty Vanguard? Will you be taking part in the Alpha this weekend? How do you feel about the console exclusivity? Let us know!

Will you be trying out the COD Vanguard Alpha this weekend?

Shouldn't there be a beta by now considering its coming out in November? Alpha at this point?

As someone who stopped playing the CoD series back when MW2 launched I am curious what brings players back. It became the same story/game with a new skin for me so I am purely curious why everyone enjoys it so much. I obviously have no room to talk since I am a BF fan and the same could be said for the games I enjoy as well!

But if everyone could tell me what they like in the CoD series that would be awesome!

I'm playing Bf4,V and CoD BOCW/Warzone and I can tellthe difference between those games. Like Bf is more tactical or strategic shooter and CoD is more f*cked up arcade-shooter-ish becouse of the fast movement and so on and its fun. This is why we come back to CoD. But the skillbased matchmaking does everything worse for CoD and I (and I think every CoD player) hope they ditch that.