Electronic Arts recently revealed they are working on an official remake for the original Dead Space game, and up until now we’ve only seen short snippets via a brief teaser. Thankfully, the developers recently held a livestream in which they showed off some of the first early gameplay footage as well as the new dismemberment system.

We still don’t know when exactly the Dead Space Remake will launch, but the developers still wanted to give us an early look at the game’s development: “We wanted to do this because we wanted to be open with the communication, and open with how we're tackling this game,” said Philippe Ducharme, Senior Producer. “I want to be clear: This is not a gameplay reveal.”

Although we get a look at the new visuals, it’s also about showcasing the new dismemberment system which the developers call “peeling” that involves shooting off the flesh and exposing the bone in order to cut off their limbs (one of the core mechanics of the game). Check out the highlights of the early gameplay below (thanks to Punish on YouTube for putting it together):

It’s less about showing off the new shiny visuals (though they already look great compared to the original), but more about displaying the functionality of the new remake. For instance, the new dismemberment system known as “peeling” radically improves combat gameplay. Additionally, the Zero-G segments have been enhanced with the mechanics of the sequels.

“The body destruction technology that we're developing, that is allowing us to really remove the flesh off of the bones of the enemy, and to give you a good sense not only of gore ... but also of how much damage am I doing to the opponent,” said Roman Campos-Oriola, Creative Director. “Is my weapon actually useful against this one? How close is it to dying? That's something that to me is really interesting.” 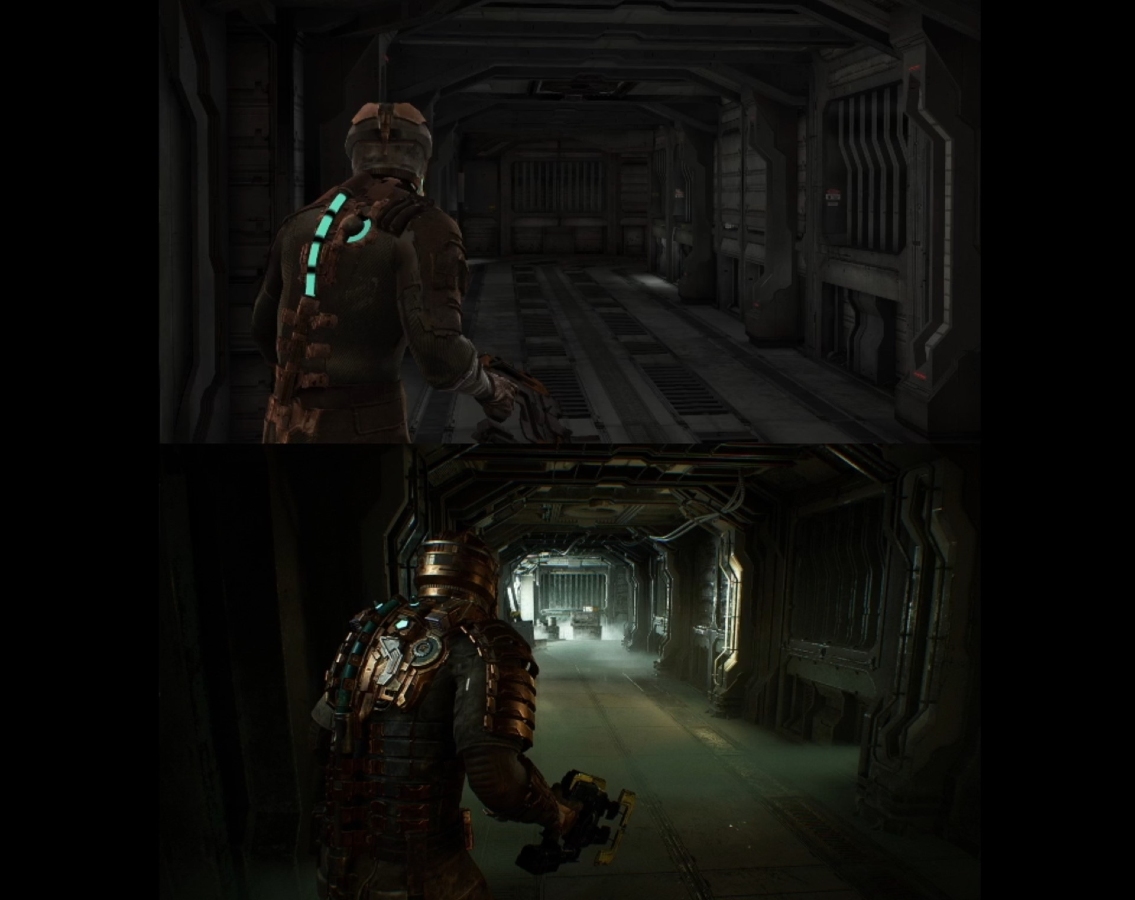 Finally, the developers also revealed that Isaac Clarke will now actually have some dialogue, whereas in the original he was a silent protagonist. Though the developers assured he would primarily speak only when spoken to, or say something in situations where it would be a little weird if they said nothing at all.

But that’s not to say Isaac will suddenly be a quippy protagonist, as it will still be very limited by the sounds of it. Motive also revealed that Gunner Wright, the voice actor for Isaac Clarke in Dead Space 2 and Dead Space 3, will be reprising the titular role.

You can catch the full livestream below if you don’t want to watch just the highlights:

What do you think of the Dead Space Remake improvements?

I can't wait for it to be released so I can watch someone braver than me play it.