As we mentioned not too long ago, it seems to be Beta season at the moment for upcoming games, as a lot of titles have recently been holding an Alpha/Beta testing before launch. We know that the upcoming Battlefield 2042 will have an Open Beta at some point in September, but we didn’t know exactly when.

According to an Italian retailer though, the Battlefield 2042 Beta will start on September 6th and run to September 11th. It’s not an official confirmation from EA themselves, but the game listing reads: “Pre-order this product by September 3 and you will receive access to the early beta of the game from September 6 to September 11.” 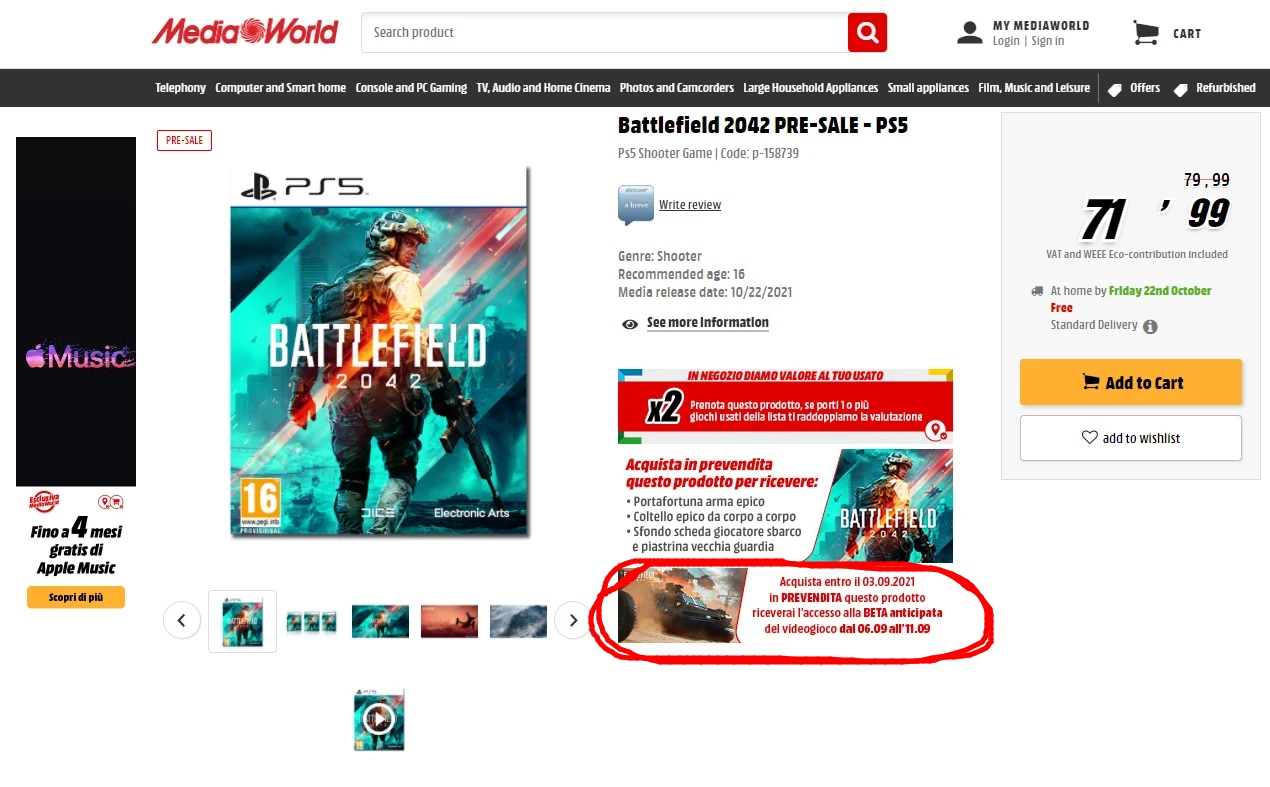 It seems that those dates include the Early Access Beta for those who pre-ordered the game or have EA Play membership, as well as the public Open Beta for everyone.

EA probably hasn’t announced it just yet though because Call of Duty: Vanguard was recently revealed, which will also have a Beta planned from September 16th to 20th, though PlayStation players will get even earlier access on September 10th to 13th, overlapping with the supposed BF2042 Beta dates mentioned above.

We’ll have to wait and see what EA themselves say, which will hopefully be soon if these details are correct, as it means we are now less than a week away from the Beta. Additionally, September 6th-11th runs from a Monday until a Saturday, which is very unusual for a Beta and another reason to take this information with a grain of salt.

What do you think? Are you excited for Battlefield 2042? Do these dates sound about right? Or will EA change the dates according to COD Vanguard’s Beta? And will you be hopping into the BF2042 Beta when it launches? Let us know!

Are you enjoying the recent batch of game Betas?

Thats what it says on keys for Early acces on instant gaming and Eneba..

Well, hope it moves because I might have limited/no internet then lol. Also why is the early access beta same date as the public? Doesn't make sense.

But there shouldn't be an early access beta for pre-ordering customers to begin with right?

You know to avoid the have & have-not culture and a beta/demo should be open by its very own design for attracting more customers than the ones who have pre-ordered and for helping customers make an informed buying decision.

It was always going to be public and it's a good thing like you're saying, but once it's black on white that the pre-order gets early access and then it doesn't then that's fraud. I am not too phased about that, just arguing semantics. This is still unofficial, though.