Battlefield Mobile details have leaked on the Google Play Store

Back in April this year, just before EA officially revealed the next Battlefield game, the publisher also confirmed that a mobile title was also in development. Up until now, we haven’t heard anything about it, but it looks like the game accidentally leaked a little bit early on the Google Play Store.

It looks like Battlefield Mobile might be gearing up for a launch soon, at least in an Alpha/Beta capacity as EA already stated the mobile spinoff will be releasing in 2022. But it could be getting a soft launch in certain regions beforehand as a technical test before the game launches next year.

Unfortunately, there’s no gameplay to check out, but some of the screenshots definitely give us an idea of what exactly the mobile spinoff will be like, as well as the official description, including what we might expect from a Battlefield Mobile game.

“You and your crew will press the assault on maps and modes both new and familiar to veteran players,” says the description. “Build a loadout of authentic weapons and game-changing gadgets. Fight for control of powerful vehicles like tanks and ATVs. Destroy the field of battle with large-scale environmental destruction. Combat abilities are always growing and at scale, granting you the capacity for mass warfare.”

So, yes, even though it’s on mobile, you can expect the usual Battlefield-goodness like destructible buildings and vehicular combat. Although the graphics and weapons seem to suggest a Battlefield 3/4 era, it sounds like they’ll also be taking a page out of Battlefield 2042 and include certain “hero” characters to play as.

“Find your personal play style and customize your soldier to maximize their capabilities,” the description continues. “Weapons, gadgets, skins and more can be personalized and upgraded to match your class and progress. War heroes with unique narratives prepare for battle, each with their own assignment. Learn their stories, immerse yourself in the war and stand out on the battlefield with the best customization to date.” 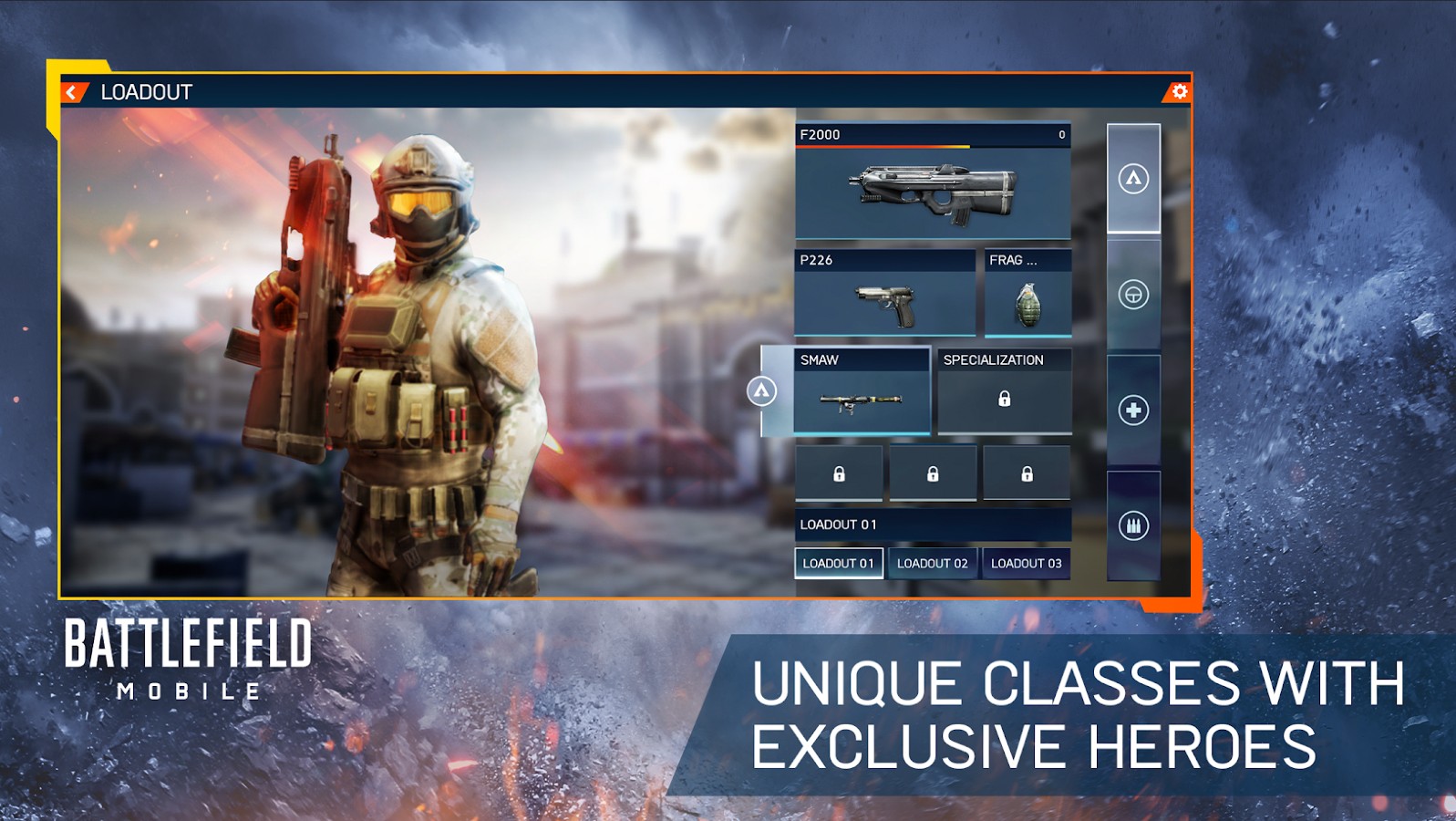 With the popularity of mobile spinoffs thanks to the likes of Fortnite andPUBG, it’s no surprise that EA wanted to make a Battlefield game for mobile devices. Usually those games are free to play on mobile, but there’s no confirmation about this one unfortunately. We’ll just have to wait and see for more details before it officially launches next year.

Do you play many games on a mobile device like your phone?

As a general rule, GD shouldn't be covering mobile trash on the website imo. This isn't a true game for mobile devices, this is just garbage with gatcha mechanics.

It's a popular franchise and mobile gaming is a thing, so there's definitely a market for that - CoD mobile already proved it and seems to play well. That being said if this wasn't posted here - we wouldn't be able to moan about it :D Also what we don't like is not gonna be the same as what others don't like, so it's best we're not elitists about what games people should play/cover/etc. But the monetization tactics - sure, we should definitely trash those!

Mobile gaming is growing stronger, even if it is not ideal, it is there, i only play a mobile game called war robots but because i was hooked to it back in 2016, sadly i have spent over $500 bucks on that game over the last year or so.I suck i know ;(

"Heroes", classes, skins, "massive arsenal"...but only if you grind like mad and open up that wallet :)

They can't stand the thought of NOT getting that sweet sweet mobile cash, I guess... This is why I stick with real hand-helds and avoid the "micro"trash ridden stuff.