Ubisoft isn’t shy about revealing their already-planned post-launch content before the base game is even out. Still, it is at least insightful to see what they have coming to new games after they launch. This time they have released the roadmap for the next Far Cry game, which includes some truly odd but interesting crossovers.

What’s interesting this time is that Far Cry 6 will be introducing some free and paid-for content. New missions and challenges will be available for free, as well as some story-based crossovers. The Season Pass will include the same content we saw previously, but has been revealed to be more of a roguelike than initially thought.

First off, we have the weekly insurgencies, which are free combat challenges that players can start and earn rewards from. There are also 6 Special Operations, which sees players tasked with carrying a dangerous chemical weapon to an extraction point, but will need to be careful as the bomb can overheat and eventually explode (and you with it).

Then, we have the slightly bizarre crossover missions. These are probably not super long like a proper DLC, but they feature crossovers with icons like Danny Trejo, Rambo, and even Stranger Things. We’ll have to wait and see what any of those are like though when they launch, as Ubisoft has given very little details. 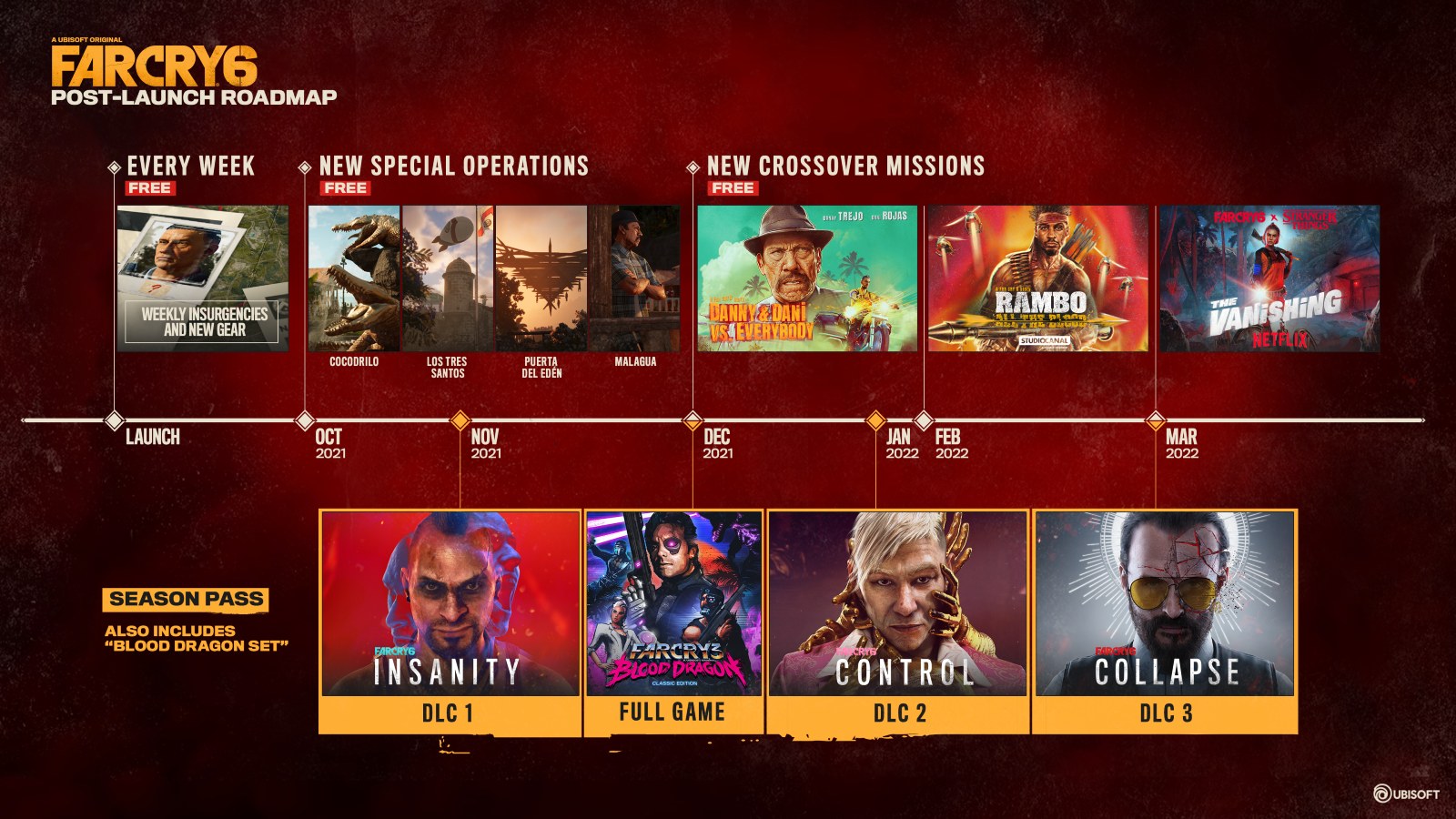 Then, of course, we have the official Season Pass DLC and content, which was revealed before but now we have some more info on them. Each DLC will follow one of Far Cry’s iconic villains of the past 3 games, and explore their story a little further. However, we now know that these will be taking on more of a roguelike approach.

What do you think? Are you excited for Far Cry 6? How do you feel about the free and paid-for DLC? Is there anything you’re most interested in? Let us know!

What do you think of the Far Cry 6 post-launch content?

this is explains why the stranger things stuff left dead by daylight.