Get ready to get looping as Arkane's brand new time-hopping Action-Immersive Sim game is finally here. We've had a good look at the game over the past year or so, with multiple gameplay and story trailers to wet our appetites. But how does the game actually look? And what kind of graphics settings are available inDeathloop?

So let's get started and jump right into the Deathloop PC graphics settings... 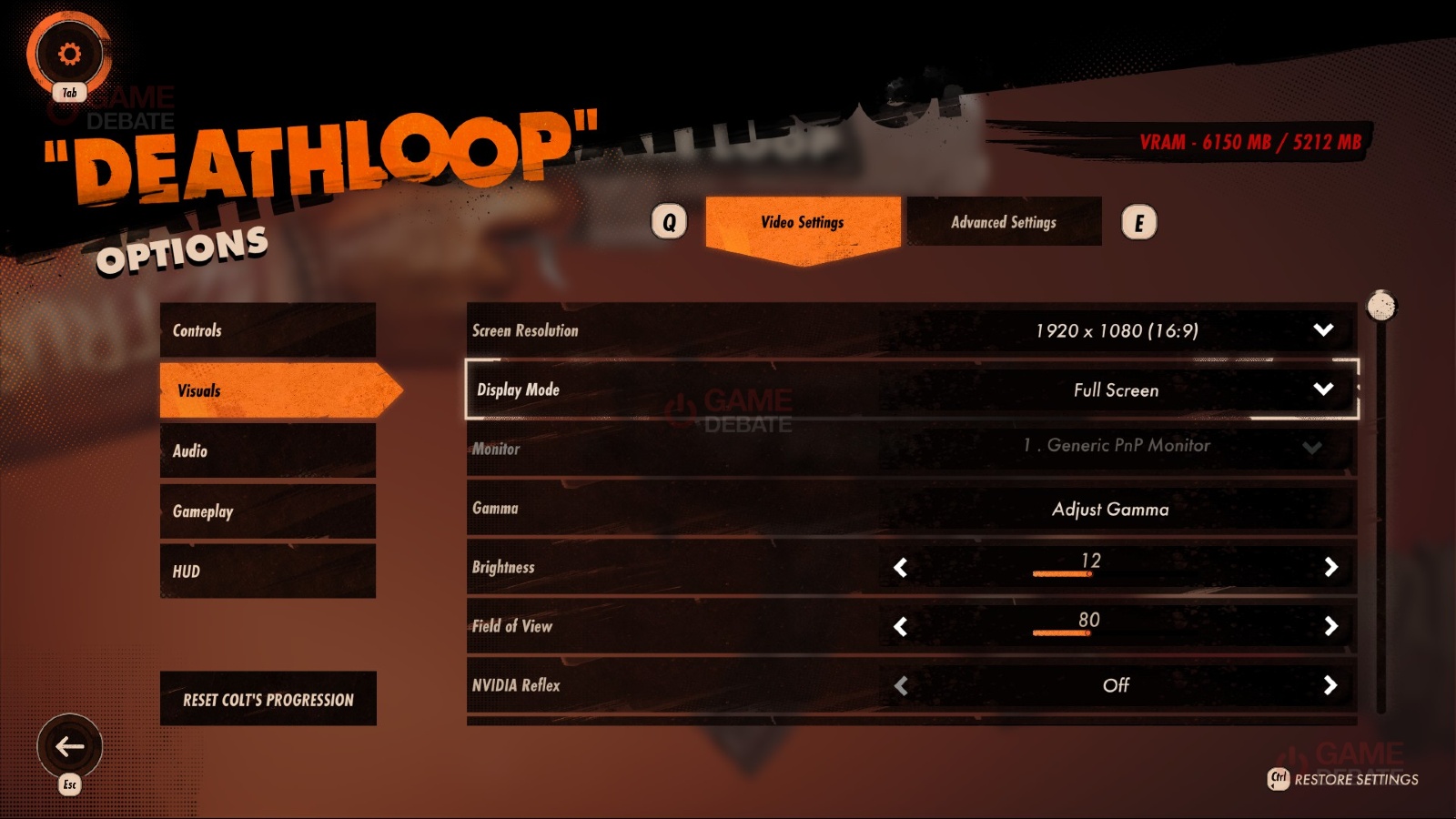 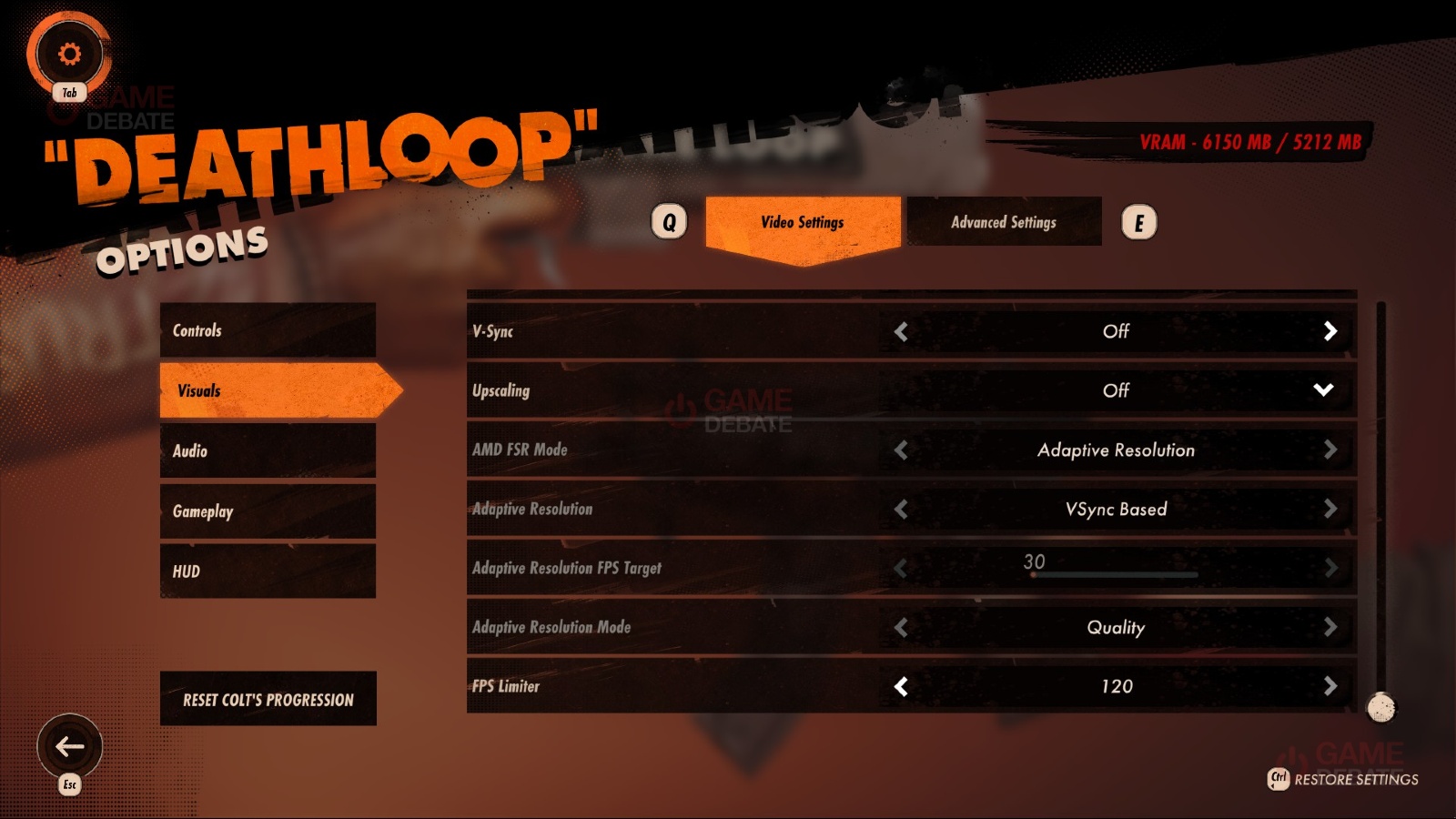 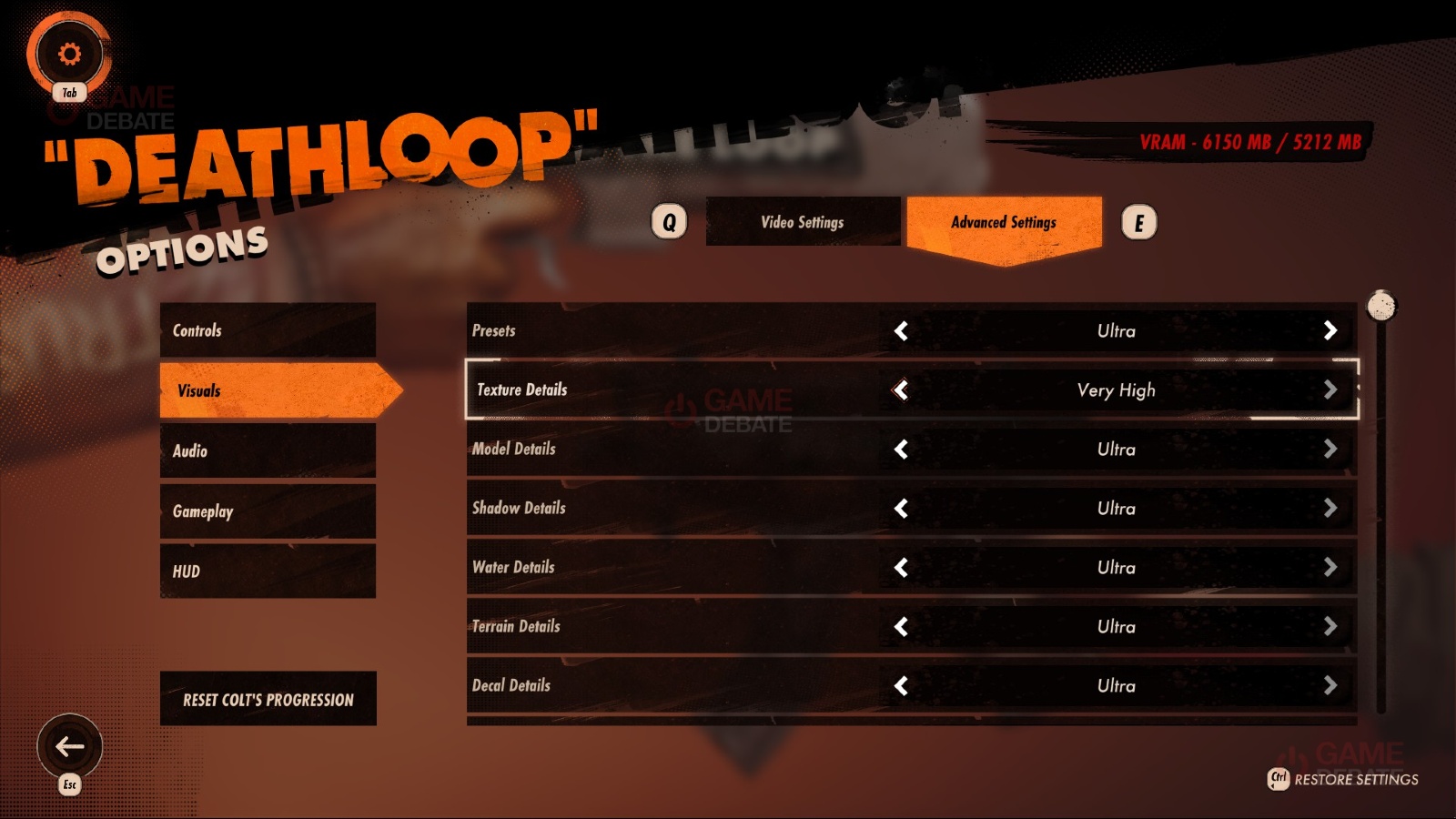 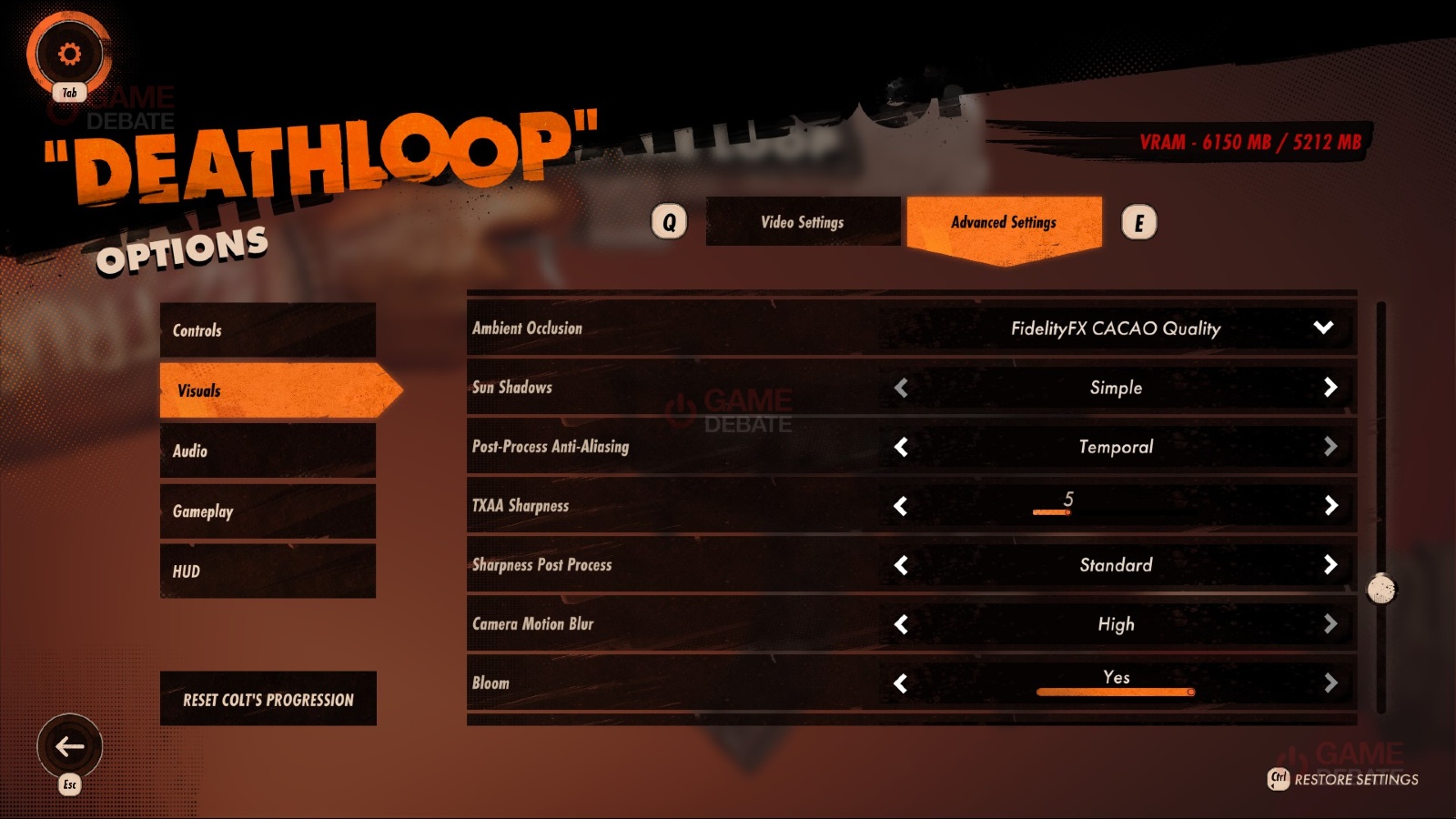 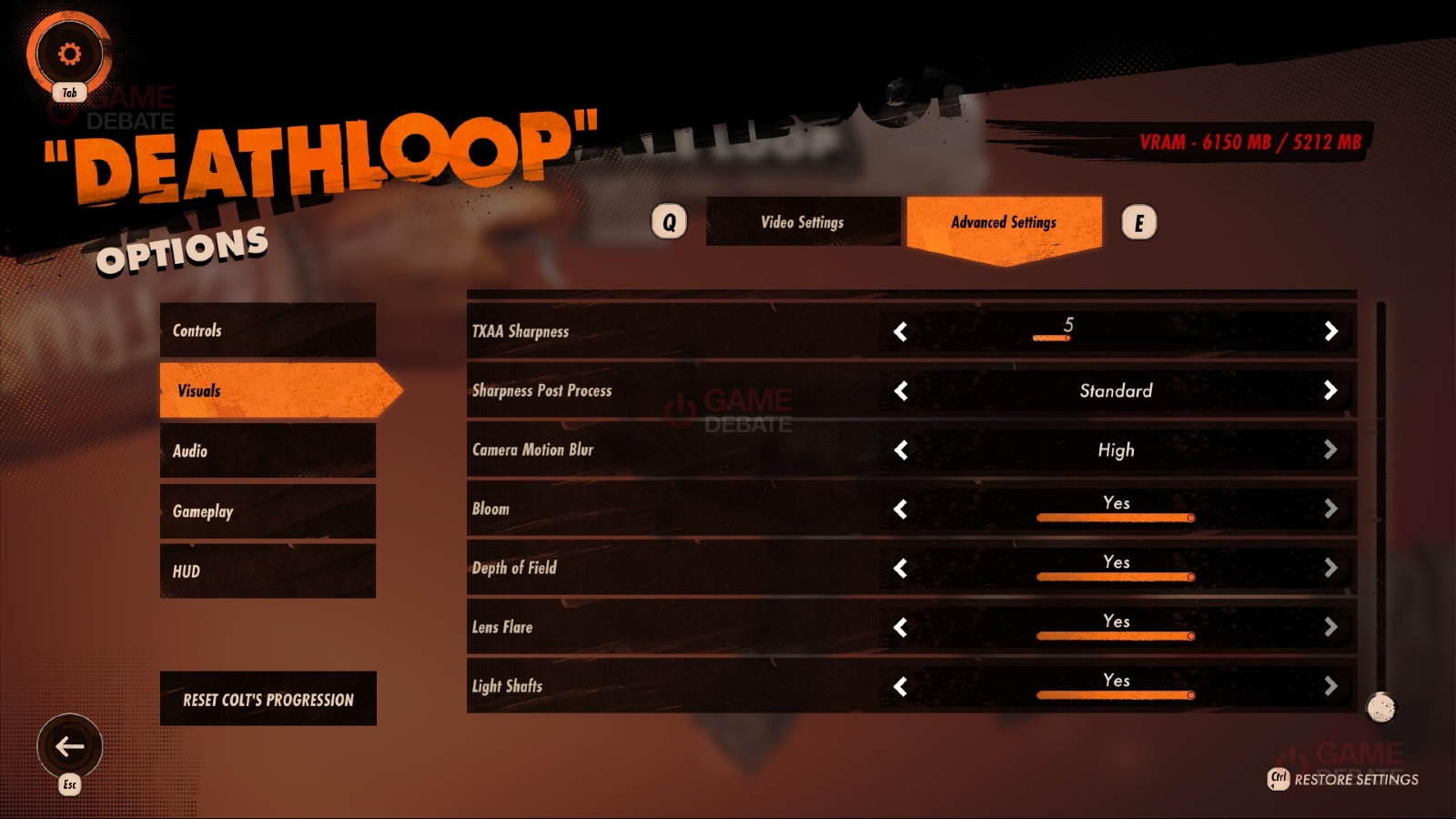 And that's all the graphics settings available in Deathloop! There's quite a lot of options to tinker with that will help us get the right balance of fps performance and visual quality at least. But are there any notable settings that stand out? Quite a few actually, here's what we reckon are some of the most notable options in Deathloop...

First of all, the most obvious two are ray tracing and AMD FidelityFX Super Resolution (FSR). The former allows for ray traced sun shadows and Ambient Occlusion, and the latter will help to squeeze some extra frames out of your performance. Both are likely to be used in conjunction with the other, but are by no means tied to each other. FSR also has several sub-settings to mess around with.

Next is your typical FPS limiter, which ranges from 30fps to 120fps. There's no unlimited option unfortunately, but the game is pretty demanding even on high-end hardware so you'll unlikely to exceed that limit at Max settings. Additionally, there are options for Low Latency and Nvidia's Reflex support, for reduced input lag but can also reduce performance slightly.

Finally, there isn't really a whole let else to mention other than the standard quality settings. There are a number of graphics presets though ranging from Very Low, Low, Medium, High, Very High, and Ultra. For those who aren't fans of Temporal Anti-Aliasing (TAA), you can remove it but there's also an option to add sharpness after the initial blurriness of TAA.

But apart from that there's not much else to mention when it comes to the Deathloop PC graphics settings. There's already a wealth of options to choose from and customize to our liking, which should definitely help with striking the right balance between performance and graphical quality.

The information in this post is very helpful and informative.

<a href="https://buyacsgosmurf.com/buy-valorant-accounts/">valorant accounts for sale</a>

Wonderful. I've always looked forward to Deathloop PC graphics. I always look forward to installing on moviedle and quordle , there are already loads of options to choose from and customize to my liking. Thank you for sharing the article.

Graphics settings are one of the most flagleimportant aspects of PC gaming. Not only can they impact performance, but they posterdle can also have a big impact on your overall experience.

PC graphics settings reveal a lot about <a href="https://flagle.co/">flagle&lt;/a> a PC's performance and capabilities. As such, it's important to know what these settings are and why you should care about them. In the next few paragraphs, we're <a href="https://posterdle.io/">posterdle&lt;/a> going to explain what each of these settings do and show you some of the most common settings used in games today.

Feel like this game has got a new trailer every month for the past 2 years...

Nice, "cacao quality" - the game makes you a nice lil' mug to sip on while you play (how nice the mug - depends on the quality you pick) 😂

Do you notice high vram usage on this game? i really regret buying this gpu, it seems to be severely vram limited on this game, i get stuttering even at 1440p ffs.

That being said, have you tried investigating where the stutter is coming from? Are you really running out of VRAM? Could it be a CPU issue?