As Intel prepares the launch of their upcoming 12th Gen Core processors, known as Alder Lake, we’re starting to see more and more details about what kind of performance (and prices and specs) we may expect when they release. A new benchmark has leaked online courtesy of Ashes of the Singularity, and the flagship CPU looks like it beats AMD’s own flagship.

The Core i9-12900K is Intel’s flagship CPU for Alder Lake, and thanks to a leaked benchmark on the Ashes of The Singularity benchmark database, it looks like Intel’s flagship is a lot faster than AMD’s Ryzen 9 5950X at gaming. Obviously, this isn’t exactly indicative of actual final performance, but it definitely gives us some idea. 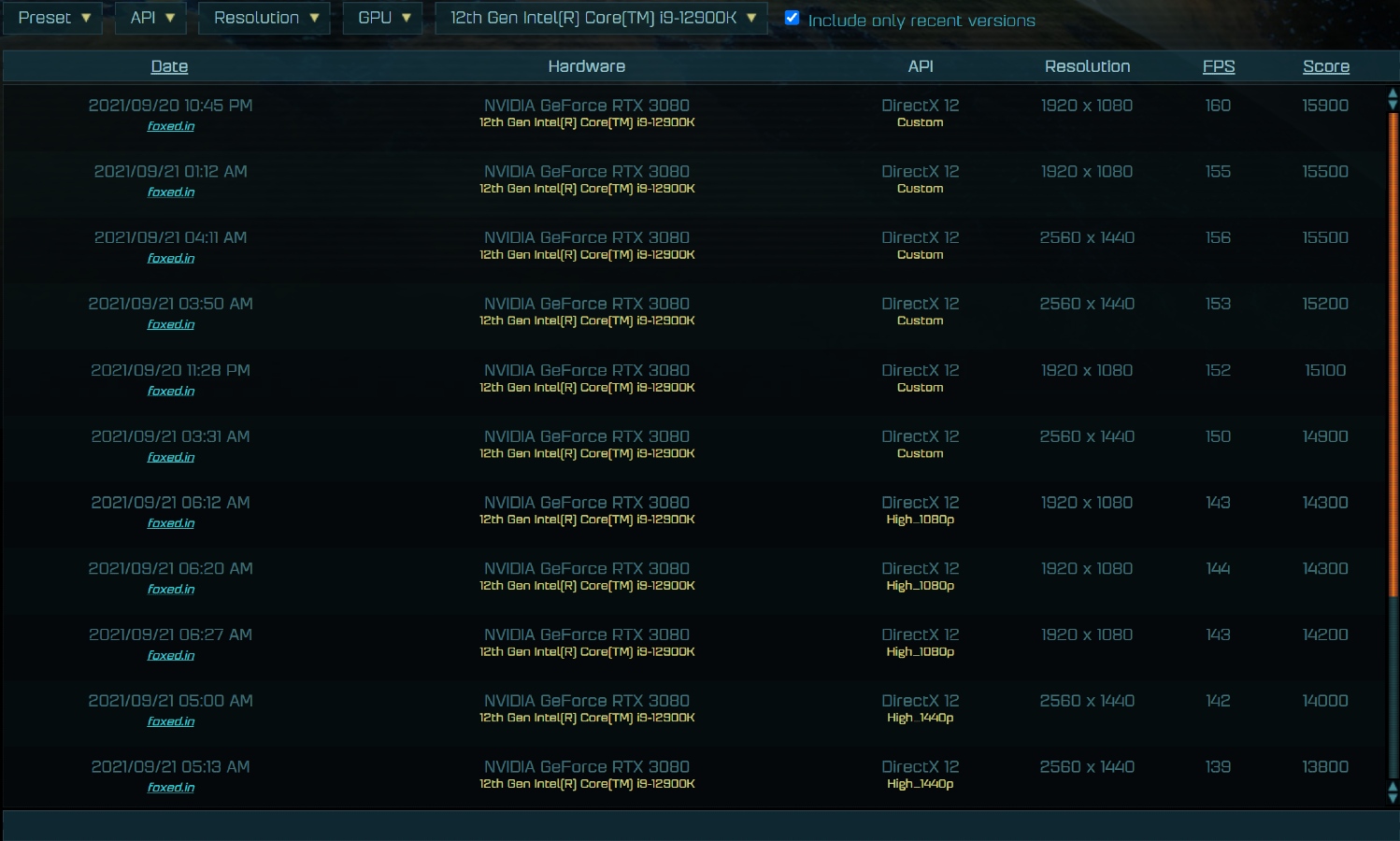 Of course, there are loads of different benchmarks on the site with different hardware configurations. But one comparison in particular is apt due them both having the same hardware setup: both benchmarks were seemingly done on the same systems, at 1440p resolution on the High preset, with an RTX 3080 graphics card and 64GB of RAM.

Again though, AOTS isn’t exactly the most indicative of final CPU performance, as Intel processors tend to score slightly better than AMD CPUs. However, it's not usually by a whole lot, and the results above clearly show that Alder Lake is a hefty upgrade over Rocket Lake and even the Ryzen 5000 series.

We’ll have to wait and see what the official specs and prices are like when Intel finally reveals them, then we can see whether Intel’s comeback in the CPU space will have paid off, especially with the new hybrid architecture design. Additionally, we don’t know what version of Windows these were tested on, as Alder Lake will seemingly get a performance boost from Windows 11.

What do you think? Are you interested in Intel Alder Lake? Will you be upgrading your CPU this generation? Or will you be waiting a little longer? Let us know!

Same, as of now price/performance it beats most CPUs while performing as high-end CPUs in games.

As it should be. Many people don't realise that since 22nm we've had small core CPUs, now we will have slightly less smaller cores and tiny cores with the "big"-small configuration.

i personally dont care on which process node my cpu or gpu is, mostly i care about performance, and then other things like thermals and then even less - power usage. Sure the less the better, but this "muh power consumption" on desktop joke has gotten old at this point. If you actually cared about power consumption you would be running completely different rig :)

I never said that I care about any of that 🤣

Just saying the fact: before this, devs updated 16cores and 24threads support in this game/benchmark and not higher ¯\_(ツ)_/¯. But looks promising tho

That is mighty fine but the price to move to Z690 platform will be brutally high with the new motherboard prices, DDR5 prices and the hassle to get a new bracket for the CPU cooler. I will stick with my 10700K for the next 2-3 years.