Intel is getting ready to release their brand new 12th gen Alder Lake processors soon, and we know that because Intel said they would launch by the end of the year, but also because lots of benchmarks are so far leaking online, which is usually indicative of a launch happening soon.

Obviously take these results with a grain of salt, but the more independent sources that come out with leaked scores, the more credible they seem. But no matter what we’ll have to wait for official, trusted sources first. But these leaked benchmarks do at least give us some indication of what performance could be like.

For instance, just recently we saw some leaked benchmarks for the flagship Core i9-12900K which put it at the top of the leaderboards for mainstream desktop CPUs in multi-core performance, and we heard rumors of single core performance blowing that out of the water. Today, we finally get to see that single core benchmark. 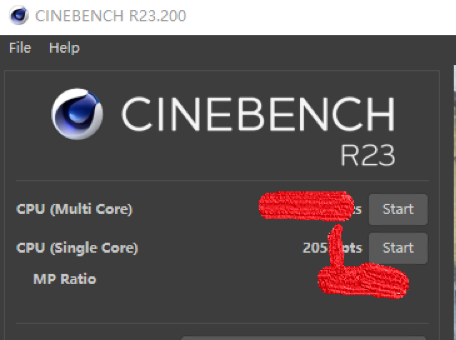 Unfortunately, since Cinebench R23 is relatively new, the Ryzen 5000 CPUs were not scored on it when reviews came out. However, thanks to some community-based rankings from ComputerBase, we have a leaderboard of single core performance from a range of CPUs including the Ryzen 5000 series, and as you can see the 12900K would absolutely sail past all of them. 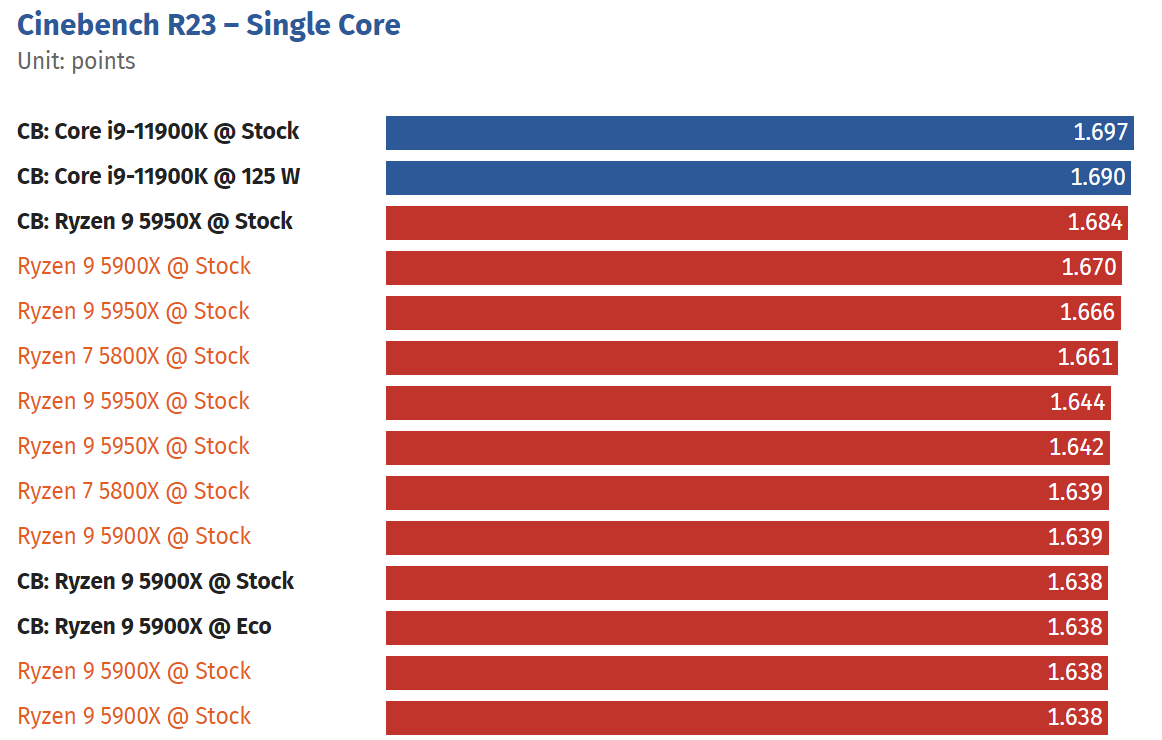 If true, this would make the Core i9-12900K the highest performing desktop CPU for single core performance, which is truly a major achievement for Intel after the disappointing launch of the 11th gen Rocket Lake processors. Hopefully Alder Lake will now come sooner rather than later, but it looks like a new king is in town.

What do you think? Are you excited for the Intel 12th gen Alder Lake series? How do you feel about the single core performance above?

What do you think of the alleged 12900K single core performance?

Wow, that is quite nice. I will be doing a MOBO/CPU upgrade next year, hopefully with DDR5 RAM, and single core performance like this would be welcomed. However, I am likely going to wait for Intel Core X, or the next Threadripper as my needs require the bandwidth and IO of those platforms.

not shabby at all, but my 15W TDP M1 MacMini scores 1522 so at 10x higher power draw I'd still expect Intel do better xD

TDP is gonna be high in full use.

Its all great having more performance but if that comes with daft high tdp then its a pass for me, its bad enough that the nvidia 30 series gpu's were much higher too, in this rate i will need a better psu again and i thought my corsair platinum hx850w was enough for few years

dependent on the rest of your system i do see an 850psu being too little in the near future. for example i have the asus thor 850w plat. it has a wattage reader on the side i have never seen push over the 530w ish mark. deffo never over 550w.

When I built my rig initially in 2016, I just went for a 1200W Platinum PSU (and 1600W for a work system). That was mainly to support 4 GPUs at the time, but even now with a 3090 + 2080Ti + 1080Ti + CPU + peripherals running when rendering something - no problems. I think if the budget allows - an overkill PSU is better than one that doesn't have legroom and needs replacing.

hmm with what both of you said maybe im being paranoid then, might be fine since i will only have 1 gpu, guess it depends on the gpu and cpu i buy in next few years, back when i got mine i was also thinking about 1000+w psu's but then thought to save money i was like meh 850 plat is enough, but now the bigger increase in gpu and cpu power am slowly regretting the choice

Well, when I bought my PSU I intended for it to hold well when my CPU is overclocked (and eats like 300W easy and has been shown to eat up to 400W with higher OCs) and multiple GPUs. Seeing how my 3090 can already eat over 400W alone when overclocked + 2 more GPUs and the system doesn't even break a sweat when rendering 3D (I do, though, since the room can get toasty after a few hours) - you'll be fine. I have a feeling that these new Intels won't draw as much as 11900K either, because AMD's own 5950X draws like half that right now. If power draw is a concern and Intel doesn't deliver a satisfactory product - you can always go the AMD route.

You're completely fine. Watch this video from Gamers Nexus . It's last gen hardware but it will give you an idea how much power a PC pulls.

Edit: Not sure why the link doesn't work. Video's called "Wasting Money on Power Supplies: How Many Watts You Need for a PC PSU (2020)"

Ok . . . great i guess. But why are you asking me what i think of literally solid numbers that are clearly higher than all the other numbers? It's like asking a child which is more.

Anyways, if Intel has indeed managed to have a big leap in performance it can only be a plus for consumers, if they can afford it. What im really waiting for is reviews and AMD's response. But that's all for my entertainment and not actual buyer's advice, since im not planning on moving from my 3700X anytime soon.

welcome to game debate. Most of the polls are stupid, (asking pc gamers if they want Sony exclusives for PC etc,)

These CPU/GPU/etc polls have been like this for ages. In this case I guess it's hard to say anything other than "great", but in other launches the performance uplift was underwhelming, so some people would vote that way. Some may even say that a 20% uplift compared to Ryzen 9 isn't all that great either. It's a quick and simple opinion poll, don't look into it too deep.

Im not really trying to go deep, it just seems so unnecessary. And yeah, there will always be people for who nothing is good enough of a performance uplift.