Amazon Games’ upcoming MMO is highly anticipated after several Beta sessions were fairly well received from players. But as it is launching tomorrow, when exactly will it become available? And what time can you start playing it in your region? Thankfully, Amazon Games has revealed the official global unlock times for New World.

Essentially, New World is launching at different times all across the world on September 28th, which means no unified launch time. It will be launching in the morning for most regions, but Australia is launching later in the day to allow players to start on the same day and join in the community discussion. As the developers put it:

“To provide the best possible experience at launch, we’ve decided to open our Australian server at a time that aligns with the larger global roll-out. Following the 8AM pattern for Australia would have resulted in it being a different "day" than other regions due to the time difference, and we wanted the region to be able to share in the launch community elsewhere in the world, like streams and website posts.”

So here’s the New World unlock times depending on your region:

Or, if you want to see that information on a handy map instead, check out this infographic: 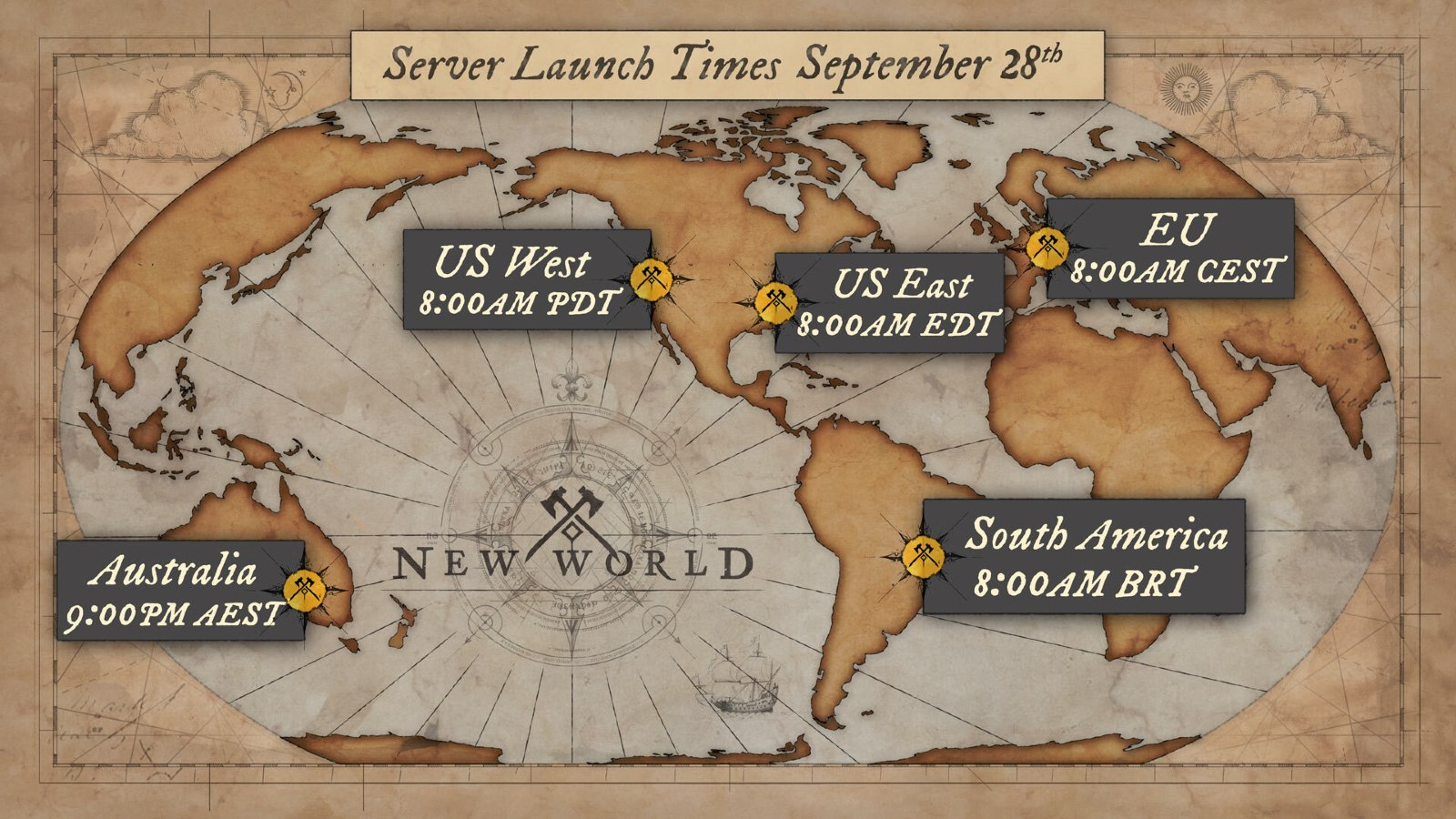 What do you think? Are you excited for New World? Have you played the Betas? What did you think of them? Will you be playing it at launch? Let us know!

Will you be playing New World at launch?

This 'game' hasn't gone away yet? No one cares anyway.

Based on the server queues this morning, you're dead wrong lmao.

Lets see what you wrote shall we? Based on queue times I am dead wrong and based on those same queue times is the reason why no one should care. Though games are a for-money business, a modicum of effort is required and I doubt Amazon Games put in that effort as there first title is all about live-service sh!t.

Also its not new that a lot of people are just willing to buy sh!t.

Lets see what happens first. Currently playing GW2 with my guild. With work and that, don't really have time to start up something new, especially if it turns out to be buggy or just plain bad.