A while ago, Electronic Arts confirmed that a free Open Beta for their next entry in the Battlefield series would happen in September. However, after the game was delayed by a month, it seems that the Beta dates have also moved slightly to early October, and it looks like we might be getting an official announcement tomorrow. 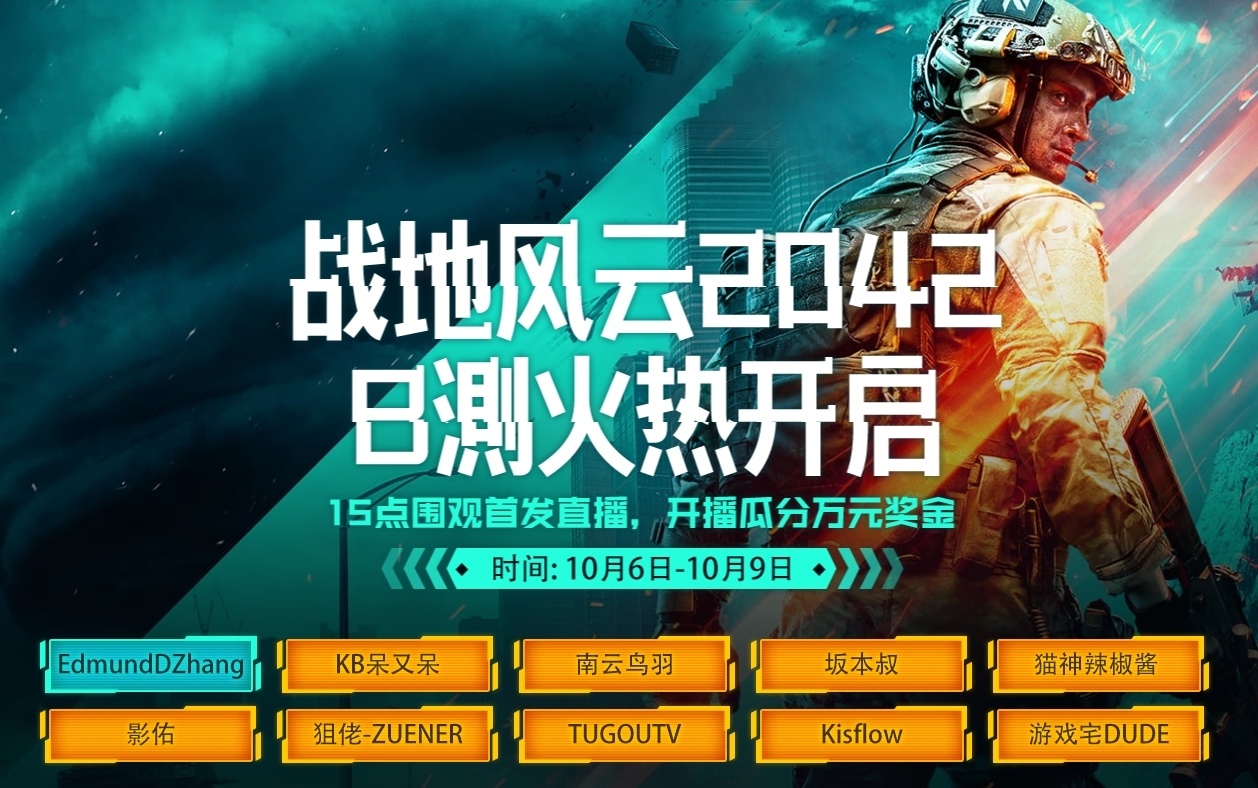 That doesn’t mean the Beta will only last 3 days though, as it could go on for longer. This is just a promotion for Battlefield “events” happening on those days, which would likely include the Beta. Resident Battlefield leaker Tom Henderson even recently stated that they believe the BF2042 Beta begins on October 6th for those who pre-ordered and EA Play members, before opening up to everyone on October 8th.

What further corroborates this information is the fact that Battlefield 2042 has an official account on Bilibili, and the game was recently added to the General Categories section on the live stream page. Additionally, Henderson says that an official announcement along with a trailer is coming on Wednesday (tomorrow). But as is the case with EA and past leaks, this could affect the official announcement.

Either way, it seems like we’ll know for sure sometime this week. EA hasn’t confirmed anything yet, and last they said updates regarding the Beta “will be coming later this month,” and, well, it’s nearly the end of the month now.

Are you excited to play the Battlefield 2042 Beta?

EA/DICE have since confirmed that the Open Beta is October 8-9, with Early Access being October 6-7.