After some rumors surrounding when the Open Beta will actually start, EA has now officially confirmed that the Battlefield 2042 Beta will run from October 8th-9th, and those with Early Access will be able to play from October 6th-7th. Along with the news, EA has also slightly updated the official PC system requirements.

For the Battlefield 2042 minimum specs, nothing much was updated apart from the AMD CPU. However, the GPU recommended specs have jumped up a generation: so instead of needing an RTX 2060 or RX 5600 XT graphics card for Battlefield 2042, you will need at least an RTX 3060 or RX 6600 XT GPU.

Pre-loading for the Battlefield 2042 Beta will begin on October 5th at 12:01am PT (3am ET / 8am BST), and the Beta itself will begin at the same time the following day for Early Access, or 2 days later for Open Access. Additionally, players will be able to use 4 different Specialists whilst playing Conquest on the map Orbital during the Beta. 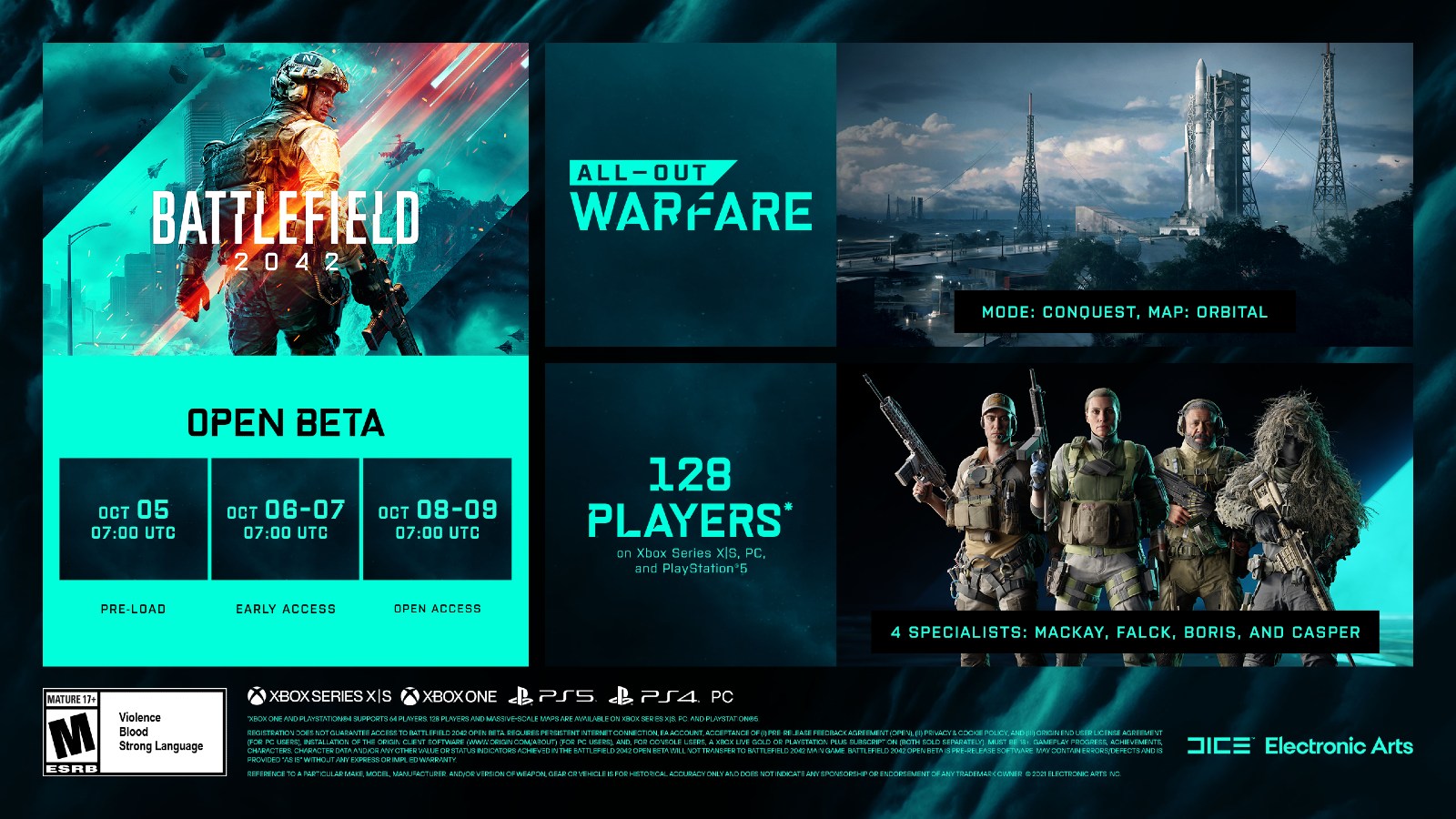 So with that out of the way, let's dive into the official Battlefield 2042 system requirements...

Battlefield 2042 will require at least an RTX 3060 or RX 6600 XT graphics card in order to meet the recommended system requirements, likely running at 60fps on High graphics settings at 1080p resolution. You will also need either a Core i7-4790 or Ryzen 7 2700X processor as well as 16GB of RAM.

Overall, looking at the system requirements, above, you will need around a 1 year old PC in order to play Battlefield 2042 at its best.

Anyone here who played this game. I find some good and bad sides and I list them on my Battlefield 2042 beta review.

How the frick are the PS4 and XB1 gonna get 60fps if the game is that demanding?

Easy, they won't, if it does remain this demanding even after the beta.

Min 100gb hdd and rec 100gb ssd, so does that mean that BF 2042 will have direct storage to load the game seamlessly?

I doubt that to be a consideration otherwise it couldnt run on a HDD. Probably just the devs going plz do yourself a favor and use a SSD.

It's just for your own enjoyment that they recommend an SSD, even older titles like BF4 already benefit greatly in load times when using an SSD. And since these games ain't getting smaller it would be a pain in the ass waiting for an HDD to load a map.

IPC wise they are comparable in most scenarios, so this is not a thread recommendation but just what a single core can deliver.

The game isnt even out yet...

I know buddy, I was asking for prediction.