For a long time now we’ve heard rumors of a remastered trilogy for some of the original Grand Theft Auto games that included GTA 3, San Andreas, and Vice City. Recently the project was pretty much confirmed thanks to a rating in South Korea, but now a new update to the Rockstar Launcher seemingly confirms the project as well as using the Unreal Engine.

The Grand Theft Auto: The Trilogy - Definitive Edition has not been officially announced yet, but it is certainly happening now. Thanks to a Twitter user known as @videotech_, who went digging through the files of the Rockstar Launcher after a recent update, found mentions of Grand Theft Auto 3, San Andreas, and Vice City all using Unreal Engine.

The fact that a new update for the Rockstar Launcher specifically mentions these 3 remastered titles means we are likely very close to an official announcement. Perhaps we’ll hear something in the coming weeks, or perhaps Take-Two and Rockstar will remain quiet until the holiday period, or maybe even The Game Awards later this year.

What do you think? Are you excited for a GTA Trilogy remaster? What kind of remaster are you hoping for? And when do you think it will be announced? Let us know!

When do you think the GTA Trilogy remasters will be announced?

Since they're good at keeping info out of the public eye I'm hoping this releases in the 2021 Holiday schedule!

However I am actually expecting next year, but we'll see! San Andreas updated to 2021 is going to be damn great :D

I would have been tempted to get GTA trilogy remaster if not for Take-Two (Rockstar parent company) recent attempts to sue modders and creators that make content for those older games.

I simply cannot support a company that at this point is bullying creators of re3 (a project which allows to port old GTA games to any other console) with lawsuits just to take down a small competition before GTA trilogy remaster comes out.

I'm personally more interested in the rumor/project where they'll stitch together all the GTA cities together...

They have been milking the cow (GTA5) for 8 years now, remastering is nothing different. Remakes would have been appreciated. 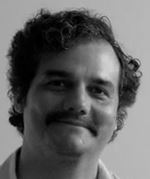 also cant wait for all the stuff these remasters will have removed because they arent politically correct for 2021.

Big Smoke will get cut because fat shaming or something... 🤣

some of older gta games are so much brutal than gta 5, i wonder how badly castrated gta 6 will be...

They'll probably be missing music too because of licensing.

What would you get out of a "remake" vs a remaster in your mind? Say, let's take GTA VC. I'd be down for better graphics and all, but the game is already great, doesn't need changing...

my main issue with old gta games are not graphics, but 30fps limit, i would be totally content if they would fix fps limit, fix 16:9 aspect compatibility and make totally windows 10/11 compatible without needing community patches and fixes. Thats it.

Yeah, GTA III, VC and SA definitely suffer from the framerate limits, so I share the same sentiment. 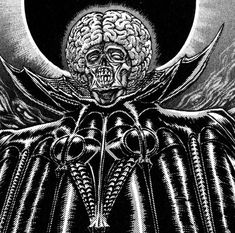 If i got it correctly it will depend on how hard is the graphic overhaul you intend to do. Sometimes if you are going out of your way you may need to do a remake due to the limitations of the old engines where the game runs, and being unable to pass assetes from one old engine to a total different one or updated one leads to a remake rather than a remaster.

What I got from this discussion is that nobody has a clue what the difference between a remaster and remake is... 🤣

Does Diablo II: Resurrected count as a remake or a remaster? It's got a different engine, so you could say it's a remake, but then it's pretty much identical to the original (bar a few small QoL updates and some rebalancing), so it's also a remaster.

In my mind these two words (remake and remaster) mean more or less the same thing and can be interchangeable. I don't think we even had the term "remake" for the movies, it used to always be either a remaster (rescanned film, updated effects, etc) or a "[insert important guy here]'s cut" (which would basically be the same, but with a few scenes added/changed that don't change the overall movie anyway).

a remake to me is rebuilding the game from the ground up . a new engine, new assets, everything. Ratchet and Clank on PS4 is a good example of a remake. You build everything from scratch except maybe the script.

a remaster is not changing the assets just updating them with higher resolution textures and better lightning, etc.

In my opinion a remake is what FF7 and RE2, on the other hand a remaster is Crysis. I is built again from the ground up, other is just retouching the assets.