Nobody ever said that RPGs weren’t popular, but it seems like now is the best time ever to be an RPG fan. Obsidian recently announced a brand new, first person Fantasy RPG game that is still very early in development, and so far we’ve heard pretty much nothing about it. However, a new report has shed light on some interesting details.

There’s nothing major in the report to indicate that Avowed will be the best RPG ever made, but it at least gives us some information on what exactly the hell is this game. We know it is set in the Pillars of Eternity universe, but apart from that we barely know anything… until now that is.

According to the report, Avowed is essentially just a Fantasy version of The Outer Worlds - another popular RPG from Obsidian - as it includes a lot of the technical foundations of that game, along with some new features like destructible environments and swimming. It also apparently has the same colorful art style as The Outer Worlds, despite the grim style of the teaser trailer.

But of course, being a Fantasy RPG it's hard to escape the clutches of The Elder Scrolls. Yes, there’s dual-wielding and two-handed weapons and spells, much like Skyrim’s combat system. However, it seems like there will be a limited inventory, so don’t expect to have a plethora of weapons and spells available at any one time.

There will also be multiple class playstyles, like Warriors who focus more on physical combat, or Wizards who focus on spellcasting. So far it sounds very much like a first-person Pillars of Eternity game. The one thing that is uncertain though is whether Avowed will feature a massive open world or smaller hub-areas like The Outer Worlds.

The report finally mentions that Avowed is very close to a fully playable Alpha, and even suggests we might get to see some more of the game as early as E3 2022 (or even the end of this year at The Game Awards, though that is a long stretch). Whenever we see it next though, it’s sure to get a lot of fans excited.

What do you think? Are you excited for Avowed? How do you feel about this new information? Are you interested in a Fantasy Outer Worlds? Or would you rather Obsidian takes it in a different direction? Let us know your thoughts!

“Not Surprised. Now they just need to delay Gotham Knights to polish it off as well.” - PhenomFaz

“Not really surprised, regarding release dates I got no expectations. Anything can be delayed and tha...” - Seth22087

“People complain, then log into Steam to boot up their single player games. This is no different tha...” - Hydraclone

“I am so happy there is a Survival Horror Renaissance, it was an abandoned genre for next to an entir...” - XxSoultheKeeperXx

Looks good, I currently started playing Pillars of Eternity and Fallout New Vegas is one of my all time favs.

The Outer Worlds was pretty mediocre, would rather have a fantasy New Vegas or FP Neverwinter Nights

I just hope they take this more seriously then The Outer Worlds. I thought it was really mediocre compared to what they did with Fallout New Vegas. Force too much humor that was more miss then hit for me.

Obsidian is one of my favourite studios. I love their games and especially Pillars of Eternity so I'm really looking forward to playing it.

And that just makes me want it even more. The Outer Worlds was brilliant. 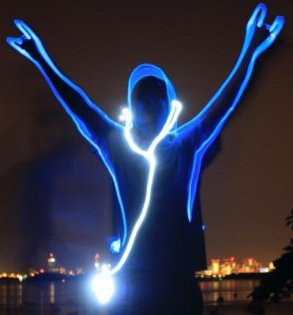 I thought it was terrible personally, but then again it's been years since I've really enjoyed an open world game.

I always prefer single-player games with a curated experience for me to enjoy instead a meaningless open-world where I have to make my own fun but The Outer Worlds didn't have too may side activities and the world was hub-based and the story was very good. The characters and writing was on point which put a smile on my face and that's something rare these days considering we live in a timeline where AC Odyssey exists.

Glad you enjoyed it! I enjoyed the start of the main story but it just didn't feel like there was much depth to the game once you left the first area. Fallout NV was obviously a great game though, so I know Obsidian has it in them. Hopefully this turns out great too

I just hope we don't get another silent protagonist.

Some games are better suited for a silent protagonist and I think The Outer Worlds wqas one such game. Usually I like the protagonist to have a voice and a personality but I think I wanted this to have a silent one as this was billed to be kind of a spiritual successor to Fallout but not quite the same. I hated the voiced protagonist in Fallout 4 and DA 2.

If the story is a carefully curated experience then the protagonist should have a voice as that adds to the overall story and the character being part of it but if its an open world where you shape the personality of the character then I prefer a silent one but I do understand where you are coming from.