Up For Debate - What is your weirdest keybinding?

We all know that one great thing about PC gaming is the ability to customize pretty much anything to your liking. From the hardware in your PC, to the very settings found within the game, there’s a myriad of options to adjust. But what about keybindings? Do you normally adjust them? And do you have a weird keybinding?

Say for instance you don’t like having to interact with the ‘F’ button and want to change it to something else like ‘E’ since a lot of other games do it. Or maybe you hate having to press ‘C’ to crouch like in most shooters such as the upcoming Battlefield 2042 or Call of Duty: Vanguard and would much prefer to bind it to ‘Ctrl’ instead. Maybe you don’t even like changing your keybindings, and would rather leave them as they are?

Whatever it is, we would like to hear about it, especially if you have any ‘weird’ keybindings like changing WASD to ESDF instead, or changing reload from ‘R’ to CAPS LOCK like a madman. But on top of that we’d like to know why? Is it because of comfort or functionality? Is it for accessibility reasons because you have a disability? Or is it simply to unify keybindings across different games so you don’t have to always re-remember the specific keybindings?

There’s lots of different reasons to change your keybindings, which just goes to further enhance the point that PC gaming is the ultimate platform for customization, and can cater to anyone of different needs. Who knows, maybe you’ll even try a new keybinding next time after reading these comments?

Do you have a weird keybinding?

Do you normally customize your keybindings in games? Or just leave them as they are?

Which keybinding do you normally change the most?

Why do you change your keybindings?

Binding I as W, J as A, K as S, and L as D, as the original keys were busy as i set up a table for cheat engine, and used those keys without thinking....

Not sure if it's weird, but scroll wheel up for grenade change, down for weapon change.

i used to use trash talk key binding/script in csgo for !^%#s and giggles, you press a bound key and you send a randomized insult/joke in chat, thats probably the weirdest keybind i have ever used :D

I remember in "Alone in the dark" there was rope climbing in the game. And the key to jump from the rope was "print screen" :D i have no idea why did they assign a jump function to print screen :)

When i was a kid in racing games i always used the arrows for directions. But for reasons i decided the acceleration to be A and backwards Z and the rest as it is. These are the only key biding's i remember changing lately. Nitro shift, left and right arrows and so on.

I always customize controls first before anything else in a game I install.

As for "weird" keyboard bindings of mine:

\#2 is upside-down, but makes sense given the absolute blasphemy of your #1 🤣

No regrets. No shame.

I use pretty vanilla key mappings, so nothing exciting there. But the weirdest "keybinds" I ever made were as follows:

1) I broke my right hand many years back as a teenager, so I had to remap a lot of things and use the mouse left-handed, with my right hand thumb taking case of walking W=+, S=enter, jump=numpad0, etc :D

2) One indie game called "The First Tree". It was free, I decided to give it a try. It was so bad as a walking sim, I ended up making a macro for W so that I can click a key once and watch it walk for ages before anything relevant happens...

I don't have weird key binds... any more.. when I was younger I used Q as ADS instead of RMB that was about ten years ago... when COD4 was my fave game.

I don't really have weird key binds anymore, but I do have a macro that double clicks a lot really fast, you know because reasons....😄

I always use X for crouch toggle. Also E is always the activate key for me, even though loads of games have started using F

E works for me if there's no peeking around corners, which then take up Q+E, so the use key must become F. But I use E and F interchangeably :D

in pretty much all open world games i have secondary controls for the vehicles set on the arrow keys like NFS except in GTA i need that for the phone controls so i then use the number pad as secondary for vehicles. reload and melee has to be set on the mouse with the extra gaming buttons unless its Tomb Raider then it needs to be the interact button

i ALWAYS change the communcation Button to C... why? Muscle memory will f me up if i don't

so I'm lefthanded, when i was a kid my dad refused to let me put the mouse on the left side of the keyboard. ever since then I learnt to play RTS and MOBO games with the keyboard as normal for a right-hander but if you put your left hand on the mouse and then put your right hand over your left arm onto the keyboard.

In battle royales especially, I often have auto-sprint on, and I bind my weapons/gear to Shift, Caps Lock, and Tab. That way, I can have a long-range weapon out, but if suddenly someone pops out, I can very quickly easily switch to something short-ranged with the pinky finger.

I always rebind the sprint key to TAB or the extra side mouse button. SHIFT just isn't intuitive for me.

Odd I never found SHIFT unnatural. Guess it might be just me

No its just me I guess. A lot of people use SHIFT but I guess its not for me.

I don't know where you're from, but I wonder what keyboard layout you use? I specifically had to import a US keyboard for myself when I moved to the UK, since the UK layout has a tiny shift key and a "/" key between the shift and Z, which was annoying.

I have a US layout keyboard as that is the only layout I have worked on. My SHIFT key is quite big. I just feel its more intuitive to use TAB because its on the same line as W so when I move forward it feels more natural pressing the two keys which are on the same line. But I am sure I am the only onme doing it :)

I used to have downscroll as melee in FPS games. I have my mouse wheel left and right click as 9 and 0 respectively, so I don't have to do any stretching in Final Fantasy 14 (I have the traditionally 6-8 as Q, E and R).

My weirdest keybind is because my mouse wheel broke in the past and I didn't want to change all my binds for one game. So what I did was bind jump to ctrl as I already had space as crouch.

I sometimes do change keybinds, because it helps me to play more comfortably and also it helps when you can use your muscle memory to know exactly where something it. I don't really have any weird ones, just what I got used to through games. And sometimes defaults will also work for me, it just depends on game and its genre. 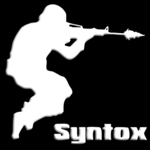 Crouch on 'C' like wtf? has to be on ctrl

I still don't know why developers do this by default. Is there anybody NOT changing this?

Yeah back on the mid 90's with your Quakes and whatnot, "C" for crouch was the norm. Much like WASD, the standardization to having "CTRL" for crouch was in great part due to the popularity of Half-Life/Counter Strike. Later on, Battlefield made me use "C" again but for prone toggling.

I think that's maybe where I got used to C for crouch. I used to play quite a bit of Quake 3, Unreal Tournament, Jedi Knight 2, etc.

yeah prone for me has to be on C

Think the went with the first letter of the word. Tho I have almost always left it on C

Well, Logitech G600 messed me up. I love that mouse and I can't use any other. XD In games I use side buttons for reloading, grenades, etc. And for every day from cut, copy, past to minimizing, closing windows, and putting my laptop to sleep.

I also use thumb buttons in all games for reloading/melee/nades but I get-by with just the two normal side buttons (which are a MUST as we all know), but the rest is what my keyboard hand is for xD

Man, once you got used to it, you can't go back to "normal" mouse. XD

I can say the same about playing at 4K, 5K, having high refresh rates, a big GPU, etc. But some things are best left to choice alone. I use and maintain other systems too, where I won't be able to use some exotic mouse - in that case I might as well be used to using the keyboard shortcuts and such, rather than rely on an exotic mouse for basic functions :D