The wait is finally over as Intel recently held their latest Innovation event where they officially revealed the 12th generation of Core processors based on the Alder Lake architecture, announcing the official specs, pricing, and performance of 6 new CPUs coming on November 4th.

We’ve heard and seen lots of leaks up to now, which has built the hype for Alder Lake as a significant comeback for Intel after the disappointing launch of the 11th gen Rocket Lake CPUs and AMD’s strong launch of their Ryzen 5000 processors. So do they live up to expectations? Let’s find out… 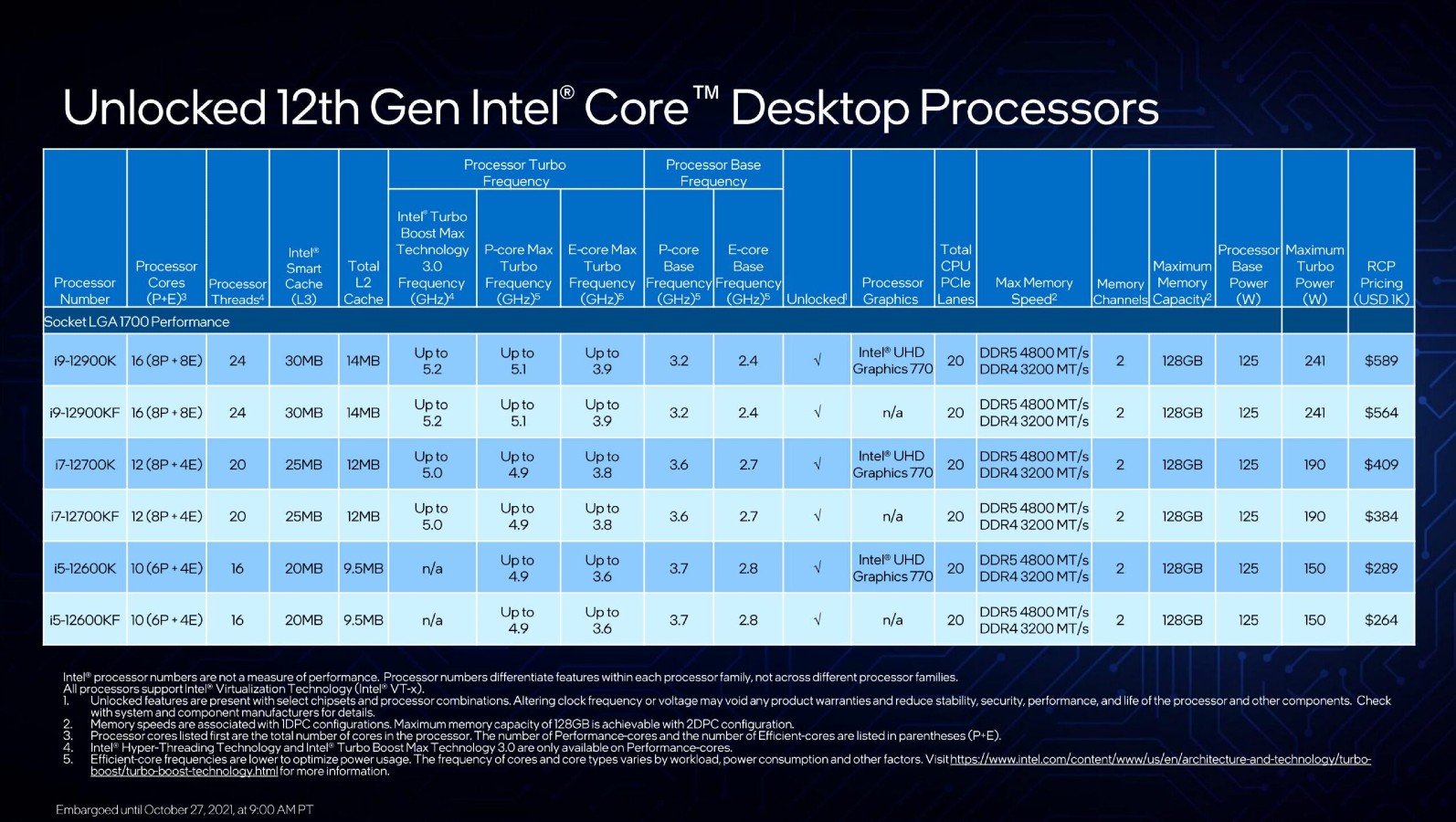 Obviously the next thing we want to know is how well will Alder Lake perform? These new processors are a little more expensive than the 11th gen Rocket Lake CPUs (though nowhere near the absurdly-high leaked pricing a few days ago), so performance has to be worth it in gaming and workloads. 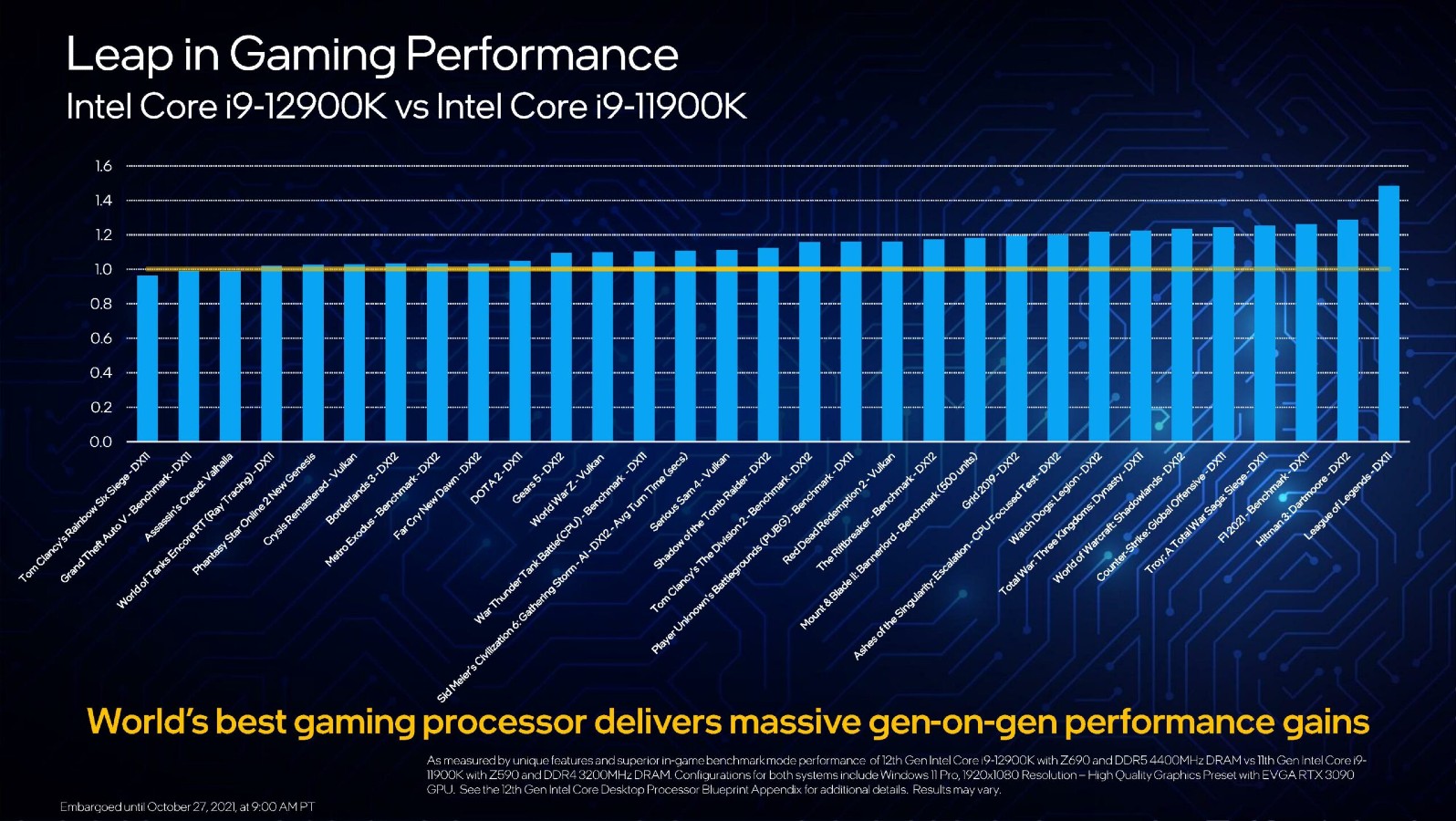 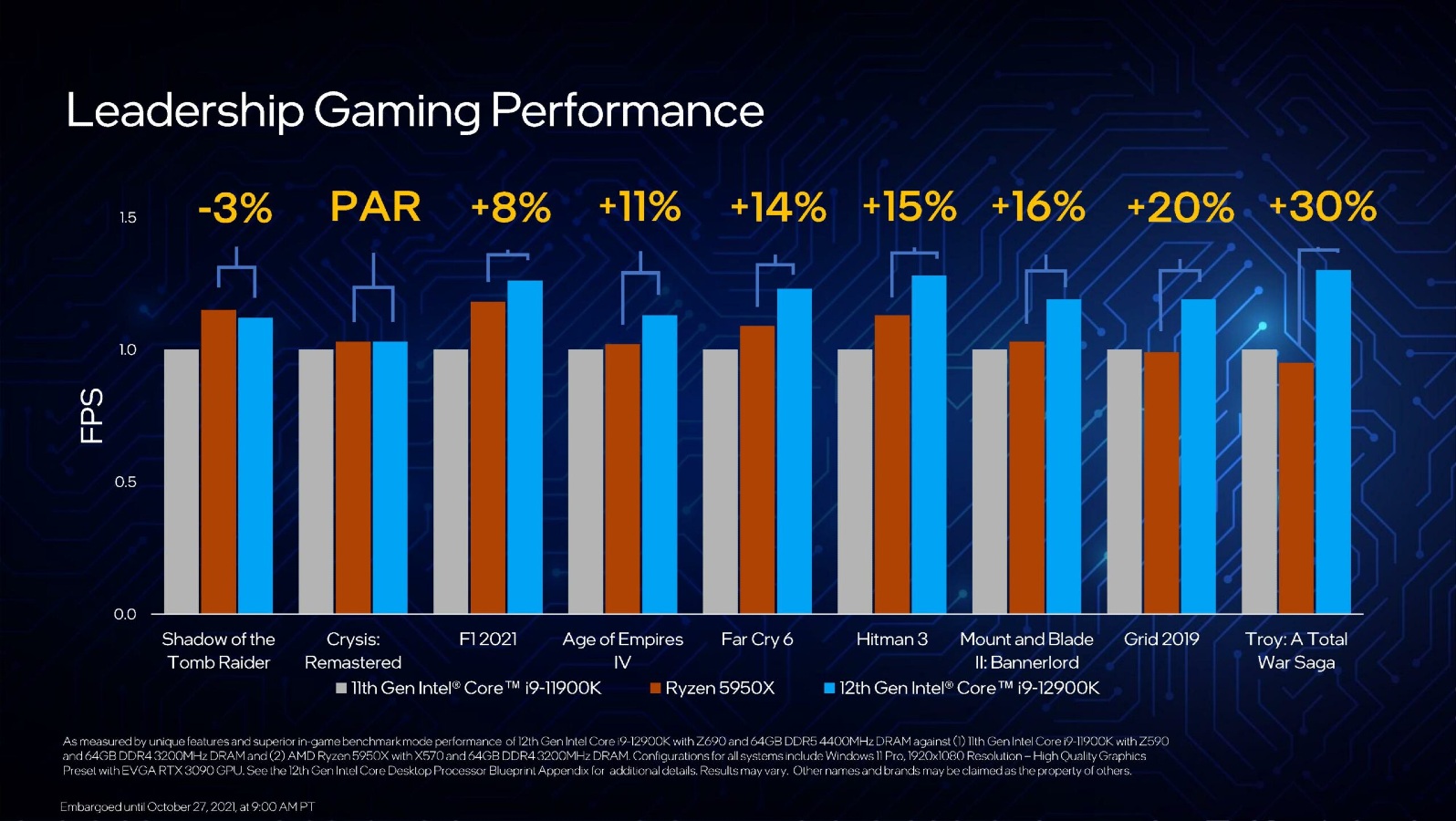 What do you think? Are you excited for Intel Alder Lake? How do you feel about the specs, pricing, and performance above? Which CPU are you most interested in? Let us know your thoughts!

WHat do you think of the Alder Lake price for specs?

What do you think of the 12900Ks performance?

Which CPU are you most interested in getting if you were to upgrade?

I'll wait for gaming nexus, to see how "massive" it's going to be :)

But they did also show their own CPU's performance. So if you wanted, you could go and see how much FPS the CPU they compared it with makes, with the 3090 of course. So in a way, they haven't really rigged the performance by much, or in any way. I honestly am sceptical until there are actual reviews.