After years of trying to fight back against constant DDoS attacks, game developer Respawn has decided to remove the original Titanfall from sale as it is likely costing too much to support and is simply not worth the effort compared to their other popular titles. Additionally, it will be removed from subscription services on March 1st, 2022.

“Rest assured, Titanfall is core to Respawn's DNA and this incredible universe will continue,” Respawn said. “Today in Titanfall 2 and Apex Legends, and in the future. This franchise is a north star for the calibre of experiences we will continue to create here at Respawn.” 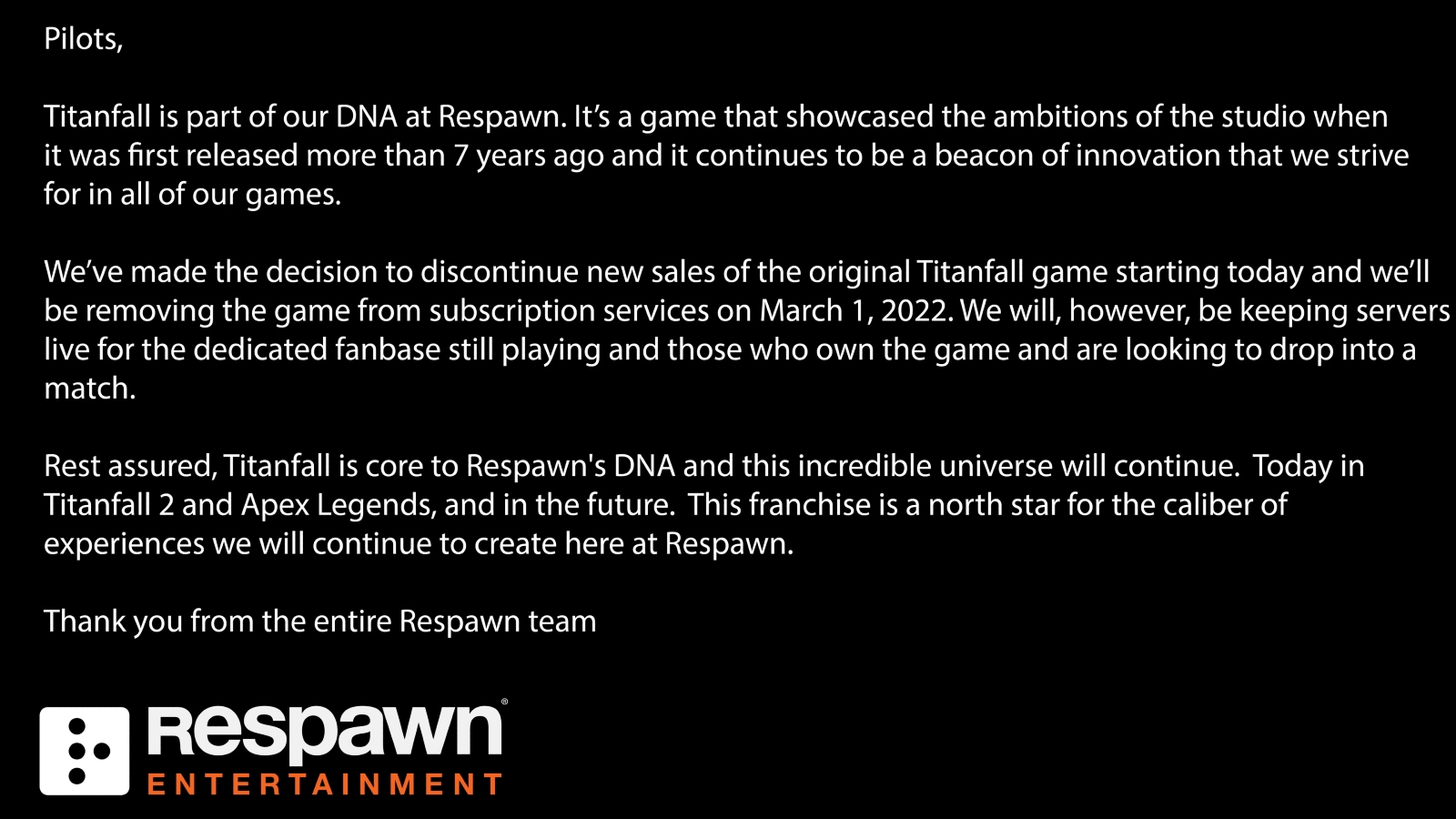 That sure sounds like Respawn will continue the Titanfall series at some point, even if they already denied Titanfall 3 was currently in development. Obviously, Apex Legends continues its success and is a top priority for the studio, and Titanfall 2 will still be available despite the same issues with DDoS attacks (though at least it has a fantastic single player campaign).

What do you think? How do you feel about Titanfall being delisted? Is this the right move? Or is it removing a part of history? Have you ever played the original? Let us know!

Do you think this is a good idea from Respawn?

Funny how they even acknowledge the existence of titanfall 2 when they still haven't fixed the damn servers.

I get that Apex is the big moneymaker now, but ffs just spend one drop from that bucket on one of your other games please.

Can't say this is unexpected. Apex clearly is the main focus of respawn and Titanfall 1 doesn't really have a place when compared to it's sequel and Apex. But now it seems like the DDoS attack didn't help the situation.

I kind of wish they would update it with options for dedicated servers and dedicated server software, allowing people to host and join games on public servers. Like this would help to decentralize it and give people ability to play even after servers shut down. Because lets be honest, eventually they will shut down.

As for whether this was right move, well, if they won't be properly supporting it and it has issues due to DDoS attacks, it might be better this way than selling what is essentially in a way defective product, since servers are constantly DDoSed. I can't say I blame them for decision.

This wouldn't be a problem if there were dedicated servers available.