After a year’s delay, 343 Industries is gearing up to launch the official single player campaign of Halo Infinite. Although the free-to-play Halo Infinite Multiplayer is already available, we’ll have to wait a bit for the actual campaign to launch in just a couple days. Thankfully, the official unlock times have now been revealed…

Halo Infinite launches on December 8th, 2021. But when exactly will you be able to play it? According to the developers, there will be a global unlock time, meaning the whole world will get access at the same time, but each region will have a different time to play based on your timezone.

So here’s when Halo Infinite officially unlocks in some major timezones:

Halo Infinite will unlock on December 8th at 10am for anyone living on the US West Coast like LOs Angeles, or at 1pm for the US East Coast like New York. For the UK that will be 6pm, or 7pm for Central Europe. Finally, it will unlock at 5am on December 9th for those living in Australia. 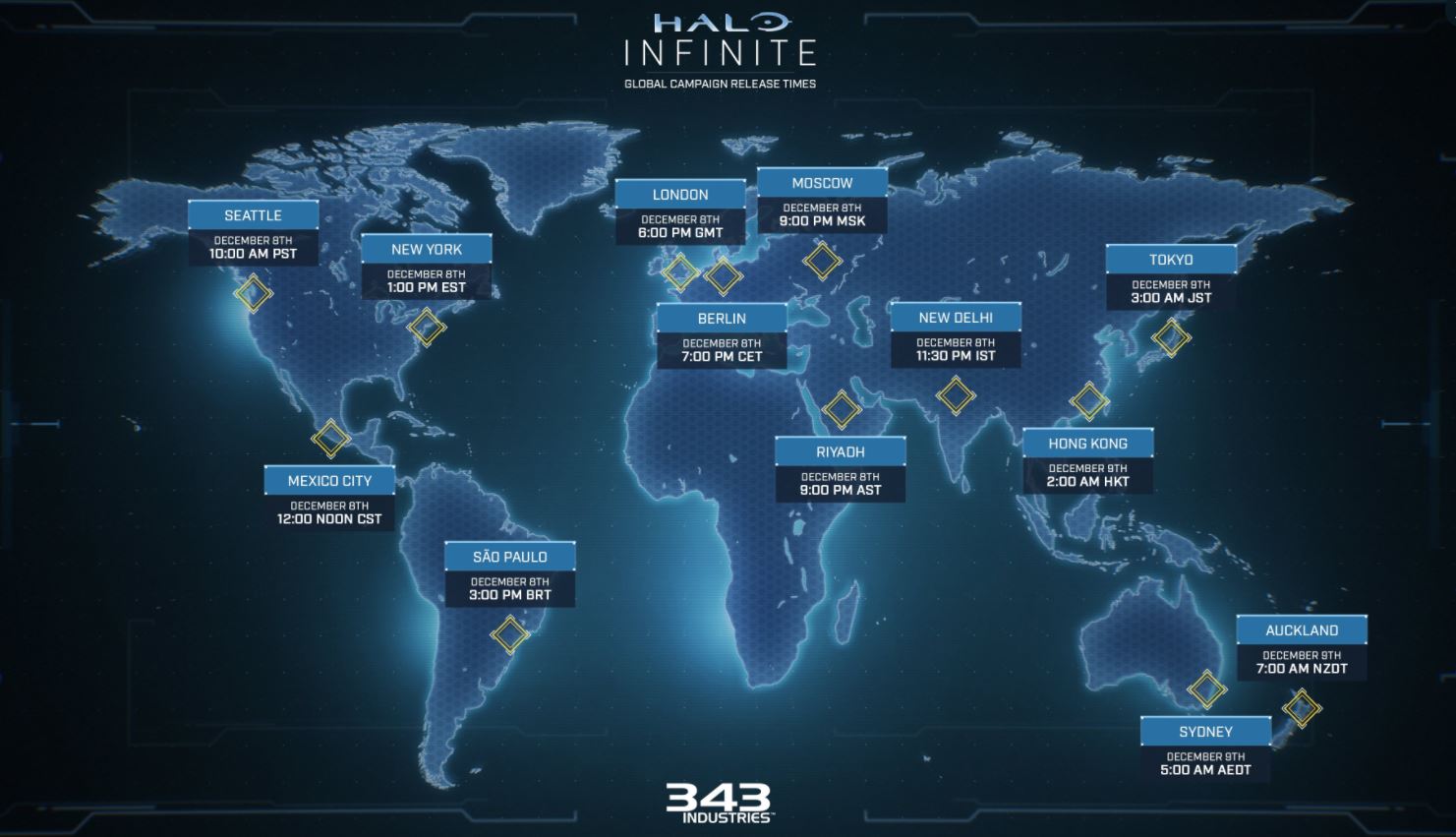 PC, console, and Game Pass players should all get access at the same time thankfully. However, no information on pre-loading has been revealed yet, with some Game Pass users claiming they’ve already been able to preload it, but others say they have not been able to. Hopefully we’ll get more information soon.

What do you think? Are you excited for the Halo Infinite campaign? WIll you be playing it at launch? Or will you wait until co-op is added next year? And will you be buying it or playing on Game Pass? Let us know!

Are you excited for the Halo Infinite campaign?

What platform will you be playing on?