It has been teased for a while now, but Square Enix has finally announced that the PlayStation-exclusive remake of Final Fantasy 7 is finally coming to PC, and with not long to wait either. In preparation, Square Enix has also revealed the official PC system requirements, and they're not as demanding as you might think.

Final Fantasy 7 Remake is launching on PC on December 16th, and back when it was first revealed for PlayStation already looked very good, so you might have expected some pretty demanding specs to go with it. Thankfully, the minimum specs are quite low, and the recommended requirements are also quite reasonable.

CPU requirements are also reasonably low, with the recommended specs for RAM being lower for a typical AAA game of this calibre (12GB instead of the usual 16GB). However, the specs do list that the storage requirements are "100GB or more", so it's a pretty big game. It's also an Epic Games Store exclusive, but hopefully by the time it comes to Steam the price will drop with it too.

Lastly, the FF7 Remake on PC is a complete version, packaged as Final Fantasy 7 Remake Intergrade. This essentially just includes more content that was added earlier this year after the game's PlayStation release in 2020. So if you were wondering what gives with the name, that's why.

With that said, here are the official PC system requirements for Final Fantasy 7 Remake...

Final Fantasy 7 Remake requires a GTX 1080 or RX 5700 graphics card along with a Core i7-3770 or Ryzen 3 3100 processor in order to meet the recommended system requirements, which should achieve around 60fps performance at 1440p resolution on High graphics settings. RAM required for FF7 Remake is also 12GB.

Looking at the minimum system requirements you will need a GTX 780 or RX 480 GPU paired with either a Core i5-3330 or FX-8350 CPU to meet the minimum specs for Final Fantasy VII Remake, running on Low graphics settings at 1080p with an expected performance of 30fps. The minimum requirements for system memory is 8GB.

Overall, looking at the specs above, FF7 Remake will need around a 5 year old PC in order to run at the recommended requirements. 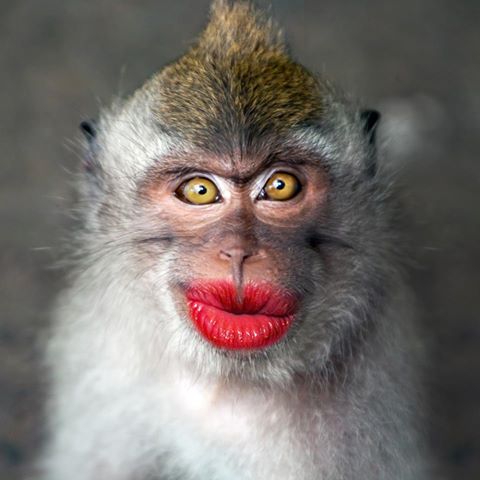 misleading information as always its run like dog !^%# on high top rig what a jopke game debate has become

i never played this FF remake or original so is this like the whole game?

as i heard its 1/3 of the original game so if the rest come out are they gona be like a update to this or a standalone sequals?

Most likely standalone games so far i recall the infos from last year.

The only thing demanding was the price.

And I doubt it'll lower. F*ck off Square Enix. Even if this is a true remake, i'm not paying over $70 for a game that is not complete. Complete the entire f*cken game first.

The requirements are not very demanding imo taking in consideration this is the PS5 version of the game. The DLC was made specifically to be ran on a PS5, not PS4. If optimized well (which I hope it is) the minimum requirements will run it quite smoothly.

I think the Epic games requirement is pretty big. But that's just me.

Requirements are ok. But the price for a remake is retarded.

This remake is different. It's a proper remake. They've released just 1/3rd of the game so far with this remake and it's already longer than the entire original FF VII game.

Tons of added stuff, the ability to switch between real time or turn based combat.

A lot of changes were made too, but they stayed faithful.

Doesn't justify its 70$ price tag especially when it's epic exclusive means they are paid by epic for exclusivity and also have to pay only a 12% cut. Also, there is no additional cost related to the physical medium is here. Remember when Tim Sweeny said prices of games will go down because of a 12% cut and here we are being asked 70$ for a 1-year-old game.

Is there a turn based mode? From what I've seen, "Classic" is still real-time, the only difference being your character moves and attacks automatically.

Well Final Fantasy hasn't been trully turn based since FF IV, it's real time, turn based, automated, with you giving instructions on what your chracters to do. If you give no instructions they repeat the last action.

I wish they would remake FF7 Crisis Core for PC but unfortunately it wasn't as popular as FF7.

I still dont know if i should buy it or not. First and foremost im not really a fan of EGS, but i really want to play the game. Second is the price which is mine region 80€. Its a tough one.

They are all the same, EGS, Steam, Origin, Uplay, etc, etc. The only slightly different ones are Battle.net and the Galaxy Launcher, because they don't have to be downloaded to play the games from their platforms, but they are still a DRM since you have an account.

The asking price is a bit much. That's the only thing putting me off.

I tought it would around 60€ maybe even less, but 80€ surprised me. Still thinking about it though.

Considering that it runs on previous gen consoles, I am not surprised that it isn't all that demanding. Though they didn't specify FPS; so who knows, this could be targeting 30FPS. Though considering it runs fine on previous gen, unlike Cyberpunk 2077, I doubt it will be very demanding. Though we will see, I mean requirements can be hit or miss, like some games will go so conservative you can actually pull off medium settings on minimum spec, while some won't be even remotely playable and you start wondering if they weren't testing 640x480 30FPS. I do think it would be about time for industry to make some universal guidelines for minimum and recommended requirements. So you aren't guessing about what they were thinking.

Price is quite demanding though.

this seems strange, no way that it will be this well optimised or is both minimum and recommended for 30fps?

Im not sure, but lets say its rather for 30 fps.

I bet it is 30fps, it should have ray tracing, if I remember corectly that it has it on PS5.

It ran on a freaking PS4! Why would it need to be any higher than that?! In fact I would have liked it to be lower if these settings are actually targeting 30 fps which is what the console was limited to... (Talking about the settings equivalent to the PS4's with Raytracing turned off)

PS4 being weaker means nothing if the game isn't optimized properly.