It’s been almost a year since we last got a PlayStation exclusive ported to PC, but from the looks of it the wait has been worth it. With the highest Steam user rating of any of the recent PlayStation PC ports, God of War also managed to beat Horizon Zero Dawn’s peak concurrent players at launch.

That’s pretty impressive for a game that is nearly 4 years old as well. God of War currently sits with an “Overwhelmingly Positive” rating on Steam with 97% positive review from players. It also reached a peak of 73,529 concurrent players yesterday. That’s well above Sony’s previous 2 titles, Days Gone and Horizon: Zero Dawn.

Our own community’s reaction was also very positive, praising performance as well as the game itself. It really shows how Sony’s exclusive titles can still perform well on PC, but it will likely be a while before new games are released on PlayStation and PC at the same time, as Sony still considers the PlayStation console to be the best platform for fans.

That said, the Uncharted: Legacy of Thieves Collection is also set to arrive sometime this year, which would already put 2022 as the most amount of major PlayStation PC ports in the same year. Hopefully we’ll get even more releases by the end of the year though, but it’s clear that Sony has not given up on PC players just yet.

Is God of War the best PlayStation PC port so far?

Do you think we will get more PlayStation PC ports this year after the Uncharted Legacy of Thieves Collection?

I think we will get returnal and ghost of tsushima this year.

Remaster Bloodborne for PS5 and PC Sony, and I promise I’ll buy a PS6

Sony can say whatever they want about Playstation being "best for fans" - I don't see how a well made port for PC...like this here GoW...would be any better on a console. PC offers flexibility and longevity 👍

infamous pls, always wanted to play those game but had ps2 only

Yeah,i'll get them in a heart beat. 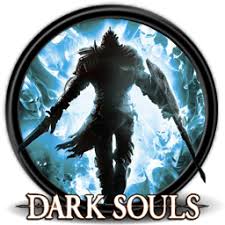 I fully expect Bloodborne to be remastered for ps5 before coming to PC.

I have no doubt more are coming. PS4 has huge library of great games, I am sure Sony will keep trickling them in. Especially, if they can be used to tempt people to buy PS5, so they could play exclusive sequels, which will get to PC once PS6 is close. I doubt Sony will ever want PC to be up to date on their PS exclusives. I still am happy to see those exclusives eventually getting to PC.

Spiderman is all i ask :)

Yes, Siderman is the only other exclusive I want.

The fact that it works well at launch is great to me (Looking at you Horizon...). I'm hoping they eventually port over Spiderman as well.

my prayers have been answered 😋

i'm just wondering why is no one saying about the bad amd optimization end, just praising the ok port cause comparing to the others games it stands out :P

I guess the majority of the market share with Nvidia cards wouldn't notice this to begin with and then not everyone with AMD complains either.

i have a laptop with AMD GPU, im constantly running into problems and having to mess with the drivers and then delete the previous updates everytime it is really annoying.No problems on nvidia side as always (at least for me that i have been using nvidia for over 10 years )

I can't speak for how it was when I used Nvidia as a kid (since it wasn't really my department) but I've been using Nvidia cards for the past decade as well after having an all-AMD/ATI laptop and I've had no major problems either, outside of things that I'd experiment with / mess up myself (overclocking, VBIOS reflashing, etc).

I'm still locked into Nvidia's ecosystem. Bought a G-Sync monitor about a month before they announced Freesync compatibility.