After their massive $7.5 billion acquisition of Zenimax Media back in 2020, Microsoft said that they had no plans to slow down when it came to acquiring game development studios. Today the tech giant announced plans for a new acquisition that blows the previous deal out of the water, as Microsoft is set to acquire Activision Blizzard in a massive $70 billion deal.

“Today, Microsoft Corp. announced plans to acquire Activision Blizzard Inc., a leader in game development and interactive entertainment content publisher,” Microsoft said in a statement. “This acquisition will accelerate the growth in Microsoft’s gaming business across mobile, PC, console and cloud and will provide building blocks for the metaverse.”

The deal is currently valued at $68.7 billion ($95 a share), which is nearly 10 times what MS paid for Zenimax in 2020. The deal has yet to be officially finalized though, as it will need to go through the standard conditions and regulations procedures, though it is expected to close by June 2023. 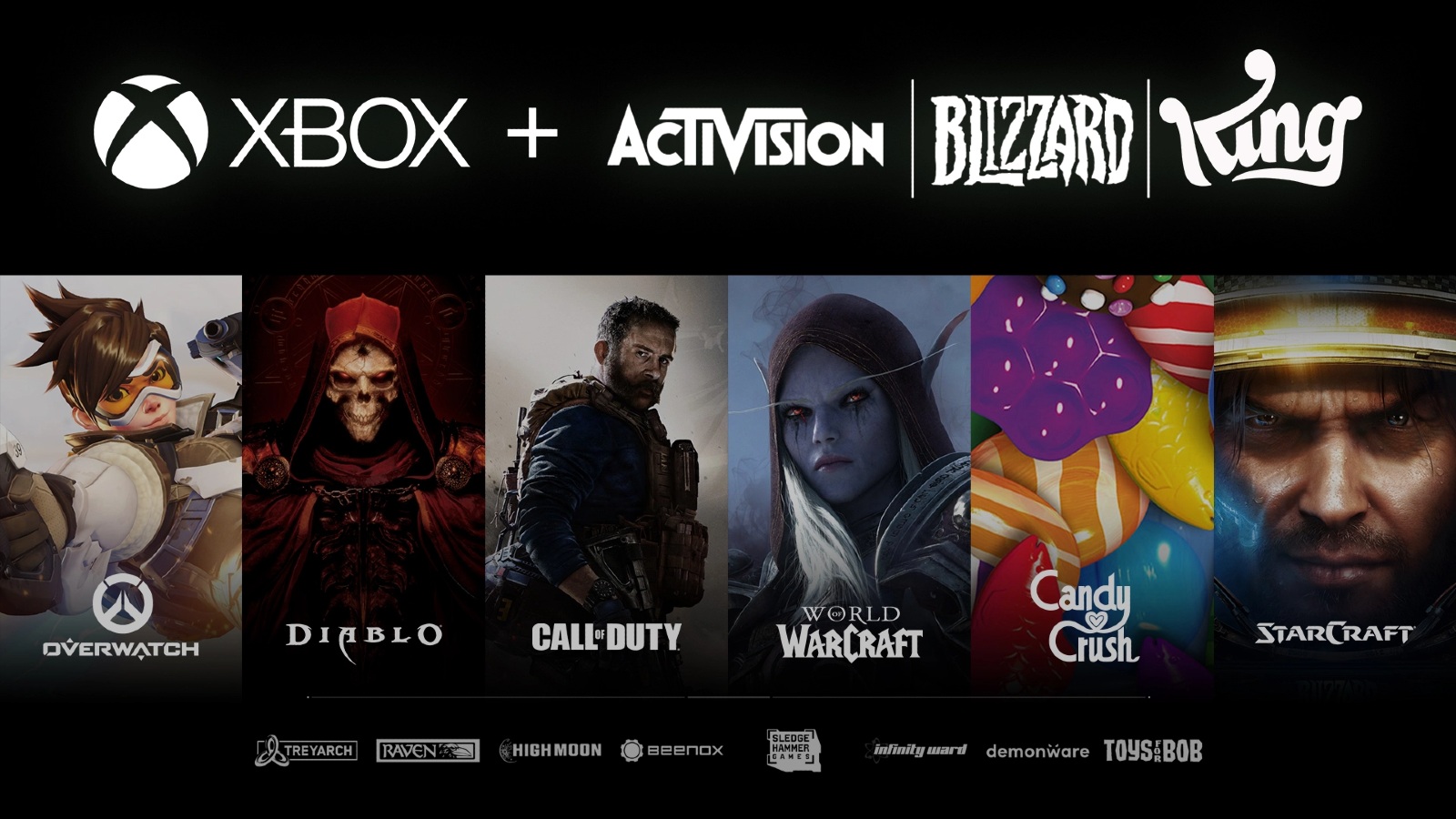 Of course, the deal will make Microsoft the owner of some of the biggest franchises in the industry, including big hitters like Call of Duty and World of Warcraft. Spencer also mentioned that they will aim to bring “as many Activision Blizzard games as we can within Xbox Game Pass and PC Game Pass, both new titles and games from their catalogue.”

Spencer has been very keen on expanding more on their cloud gaming service too, something which the Activision Blizzard deal could help further: “When you think about potential opportunities,” Spencer added, “like, say, offering Diablo, Call of Duty or Overwatch via cloud streaming to anyone on any device, you can see just how exciting this deal really is.” 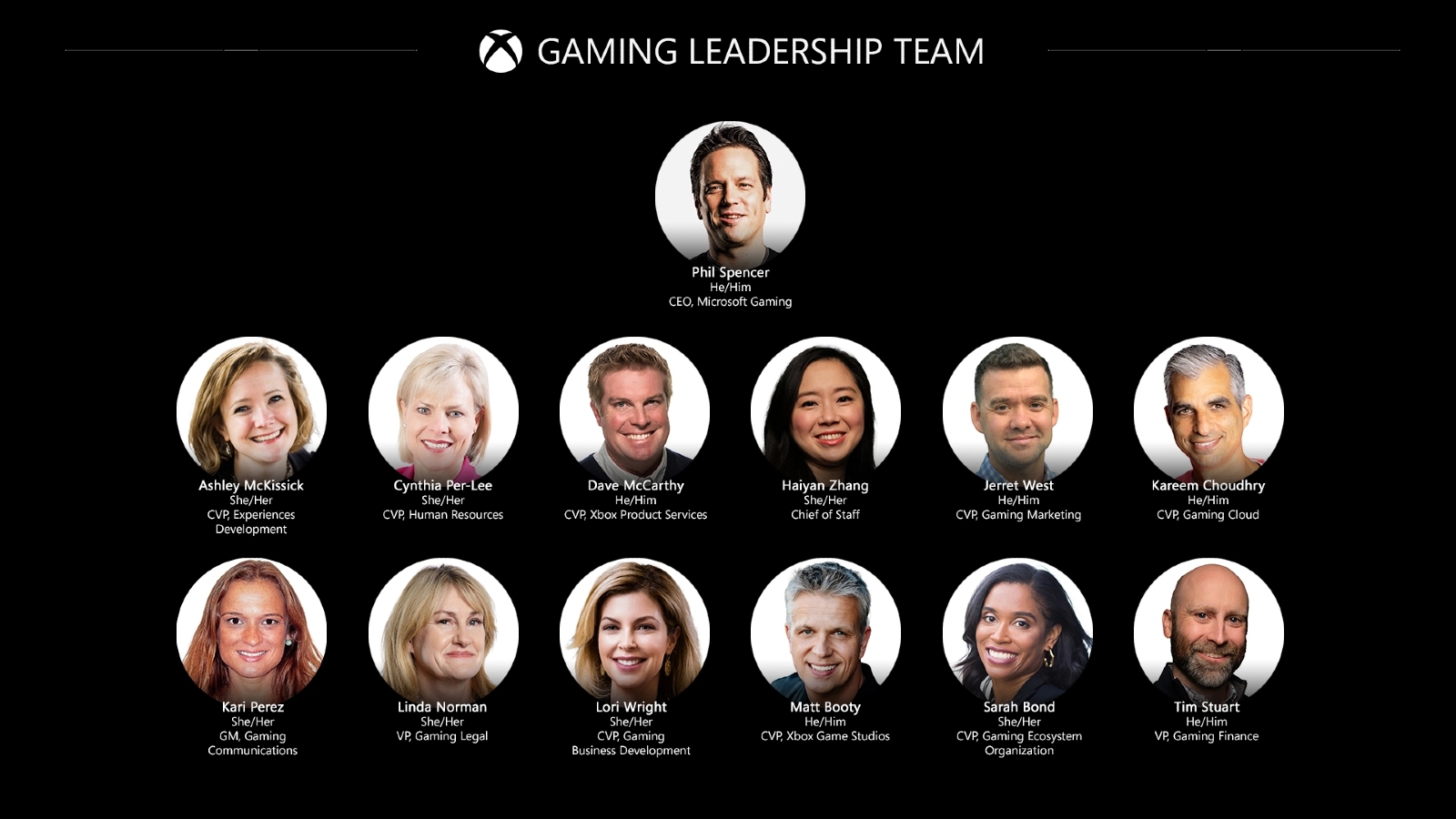 Activision Blizzard has recently been under a lot of fire for workplace misconduct, and has been the subject of much controversy. On top of that, many players have been criticizing Activision for focusing on quantity over quality, churning out yearly titles that have to be billion-dollar hits or else.

The acquisition by Microsoft however will have a chance to revitalize the company, not only improving inclusivity and fairness in the workplace, but might also help give some life into some of their titles once again.

“As a company, Microsoft is committed to our journey for inclusion in every aspect of gaming, among both employees and players,” Spencer said. “We deeply value individual studio cultures. We also believe that creative success and autonomy go hand-in-hand with treating every person with dignity and respect.”

“We hold all teams, and all leaders, to this commitment. We’re looking forward to extending our culture of proactive inclusion to the great teams across Activision Blizzard.”

What do you think? Will the deal be finalized? Do you think the acquisition can help with improving the controversial workplace situation at Activision Blizzard? What will this mean for Game Pass? And what games would you like to see get added to the subscription catalogue? Let us know your thoughts!

Do you think this will help improve the controversial situation at Activision Blizzard?

This will help improve Activision Blizzard games by a lot.

Also Master Chief is coming in some way into the Modern Warfare sequel releasing later this year.

I feel as if Microsoft will need Activision AND EA in order to compete with a sleeping giant called China. Just look at Black Myth Wukong. I can tell that gaming is about to make waves over there. Chinese entertainment rivals other content on Netflix and is beginning to take on Disney in animation.

All I want is Prototype 3

Great news, hope now more games come to other stores, ever since battle net i gave up on anything Activision

It should help at least a little, since I doubt MS will want to tolerate any of that crap or have any of it damaging their reputation. So hopefully this will improve things for staff, since happiness of developers definitely has effect on what they release. Plus I do hope this will also cause shift in incentives, since old Activision Blizzard was all about shareholders and maximizing profits. While MS is more about making Xbox as platform great, which does require them to make games for gamers and stuff. I won't say there weren't mistakes along the way, but it is total opposite of MS we had before this, who was in full support of microtransactions and stuff. Luckily it did backfire and Sony used opportunity with amazing exclusives, so now MS is trying to do same to build great ecosystem on their side. And while we can't say if it will be success, I sure do hope they make Blizzards franchises great again.

Ok, now give me WARCRAFT 4!

One question,why they put their pronounce under their photos?

Because for some reason we are pandering to the minority of the weakest and dumbest nowadays.

The least they could do is fire that shítstain kotick...

That would be wonderful. That dude has to disappear from the gaming industry.

How about he just disappear? Would be ideal. What a piece of crap of a "human" being...

Can only agree on that.

He will step down, it is oficial it is rumored he could get a $210M dollar cut

Microsoft looks to just buy all the developers/publishers to "defeat" sony. AAA is starting to look like a 2 company duopoly.

So you mean like the rest of the corporate world? Have you even seen how much disney owns? M$ buying up a few game studios/publishers, while still big, is nothing compared to some conglomerates that exist right now.

Sadly it's true, but at the same time Microsoft is managing very well their studios this time around, so I'm looking forward to it.

people can leave and form their own studio, but ofc funding will be way lower

I was playing Hearthstone and then they decided to no longer make "payed" adventures. Payed is in quotes because those could be attained for free with coins, now they are instead making three full expansions every year, instead of cycling expansion and adventure like it used to be.

The adventures were fun and you would unlock around 35 great cards by progressing. The expansions instead give us 130+ cards out of which maybe a third of them are useful.

If Microsoft actually acquires them I'd be again hopeful that they return the adventures. But as it is now I've lost interest. In fact, I haven't played it in almost 2 years mainly because of the missing adventures.

Didnt see that coming. If they finalize it then maybe there is a chance for Blizzard, maybe..

Didnt see that coming. If they finalize it then maybe there is a chance for Blizzard, maybe..

1 vote for each. Balanced, as all things should be