Up For Debate - What are the best zombie games?

In celebration of the recent release of the latest Dying Light sequel, we wanted to take a look back at one of gaming’s biggest tropes: zombies. So today we want to know which zombie games you have enjoyed the most over the last few years, and what you think the genre might be lacking.

Of course, each zombie game can be wildly different from each other. Dying Light 2 and Days Gone both share an open world with lots of zombies to fight and human settlements to encounter. But both take the traversal mechanics in a very different direction. And something like Project Zomboid focuses more on the brutal survival gameplay of scavenging and building bases.

Then there’s also more of the choose-your-own-adventure route with The Walking Dead: The Telltale Series. Or just straight up shooter action like Left 4 Dead, Back 4 Blood, or World War Z. There are so many different avenues to take when it comes to what zombie game you want to play next, but which ones are the cream of the crop?

Since there are so many games to choose from these days, we won’t be listing them all in the polls below. But if you feel like we missed a big one then do let us know in the comments! And let us know what kind of genre you prefer your zombies games to be, whether that be shooter, survival, RPG etc.

Side note: since some zombie games encompass a series like Dying Light, consider the voting option in the poll to include the entire series.

So what do you think? What are the best zombie games? Do you enjoy zombie games? Or has the trop gotten too stale now? How could it be kept fresh? And what genre of game do you enjoy the most for a zombie game? Let us know!

What is the best zombie game or series out of this list?

Is the zombie trope getting too stale now?

What game genre do you enjoy the most for a zombie game?

What do you think would be the best method for surviving a zombie apocalypse?

I like the release of Zombie ate my neighbors on Xbox.

Dead Island by far simply because the upgrades don't make u a god and razing zombies left and right but they are reasonable and makes the zombies be a constant threat no matter how far in the game u have progressed. each time u revisit a place u always have the same difficulty clearing the zombies, its just so fullfiling

It was really fun playing it.I ´m excited about the new one

my fav is Daying Light 1 tho i love them all, i love zombie games especialy if they are action based (which most of them are) and not a horror

I would like "The Long Dark" and "Dying Light" merge into a free-play like Zombie game similar to "Project Zomboid"..

Out of the games above I'd say Resident Evil and Dying Light.

But I'd like ot add Killing Floor, which isn't exactly a zombie game, but that is also the reason why I love it so much, because it actually has great enemies to fight for its genre, which is the biggest weakness of the zombie genre, the ZOMBIES, I like to call them walking potato sacks. Now the other games have some variations of the zombies, but not much. 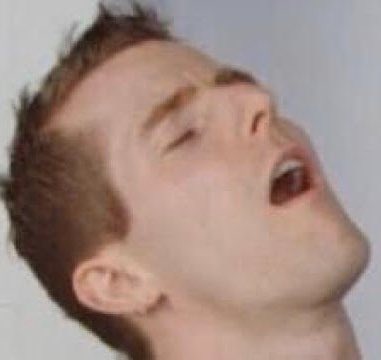 I feel like Dying Light 2, just like Killing Floor 2, changed for the better in some ways but almost completely lost the horror/scary atmosphere of the first one.

I like L4D for its great campaigns, resident evil 4/5/7/remake 2 and even 6 (for "the room" like qualities). Project zomboid has been around a while and if it was my-kind of game i would get lost in it great sandbox with insane possibilities.

Left 4 Dead 2 is the best experience for me. Doesn't matter singleplayer or coop it's super fun and lots of custom campaigns and the modders still keep them mods coming. Right now me and my friend playing Zombie Army 4 and it's better than I expected, can be great at times (but only coop, SP not so much). For story games Days Gone (PC) was one of the best for me.

what do we have out there right now, RE8, Back4Blood and now Dying Light 2 that dosnt seem that much

there is more...days gone, project zomboid, world war z, dayz, after the fall, and there are more coming out this year, dead island 2, state of decay 3 or the day before. Also there are zombie-like games where there are some kind of aliens or mutants, but they behave like zombies so it doesnt matter for example rainbow six extraction or red sostice 2 survivors

+ all sorts of zombie DLC for normal games, like Sniper or COD.

Do adults care that much for zombies still or is it more for kids/teens?

My best game so far is Dead Island. Not Riptide one. Played hundred of hours with my xbox 360 at the time. :)

it has 3-4 times the number of zombies riptide has

Where's the "Wear a lot of Rolex Watch" on the list of the best method for surviving a zombie apocalypse?